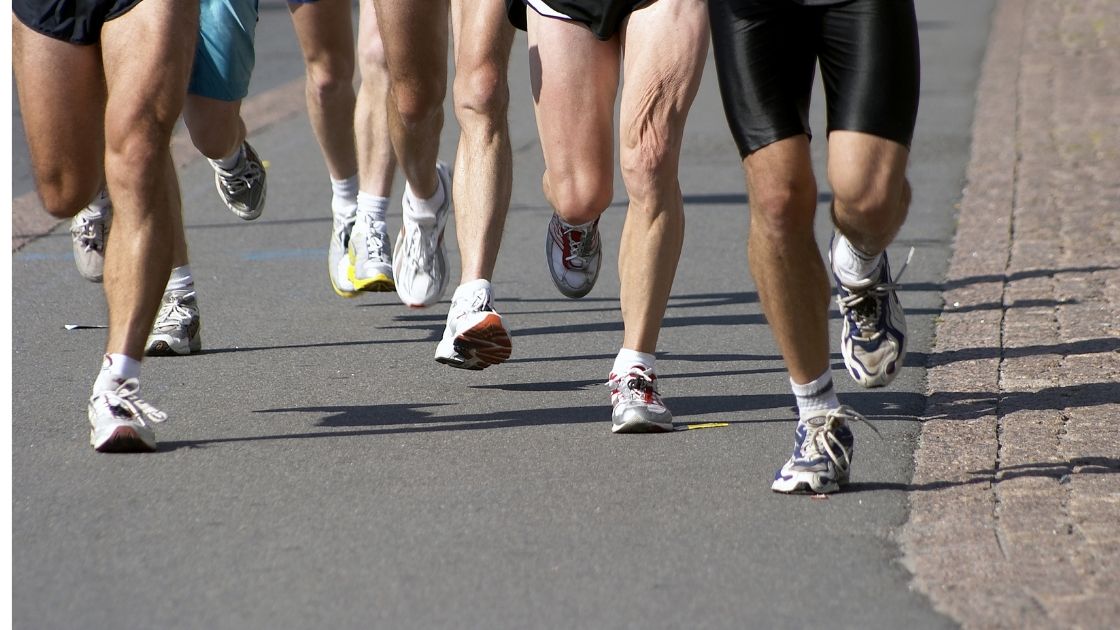 When you look at a marathon runner next to a powerlifter, you can’t help but think that there must be a fundamental genetic difference between them. You could be right! At the most elite level, there sometimes is a genetic difference in the type of muscles in a marathon runner and a power athlete.
And it turns out that that difference in muscle composition of Olympic athletes may apply to all of us as we look at how muscle mass is important to metabolic health and to aging.

What is the ACTN3 gene?

The ACTN3 gene codes for actinin alpha-3, a protein found in muscles.

First, let’s take a quick minute to go over how muscles work…  (skip ahead if you know this stuff)

Skeletal muscles attach to your bones and help you move and stabilize your joints. In addition to movement, your skeletal muscles also stop movement, resisting gravity and other forces. They are constantly working, even when you are still.

When your muscles use ATP for energy, they produce heat. This is why you get hot when you exercise — and why you shiver (tiny muscle contractions) when you are cold.

Your skeletal muscles are made up of muscle fibers, blood vessels, nerve fibers, and connective tissue. The muscle fiber is made up of functional units called sarcomeres, which contain the filaments actin and myosin.

Actin forms the thinner strands of the sarcomere and myosin form the thicker strands.

Here is a quick video showing how muscles contract:

Zooming in even further, there are several types of actin proteins, one of which is coded for by the ACTN3 gene. The actinin alpha 3 protein is only found in the fast twitch muscle fibers. There is also an ACTN2 protein that is found in all muscle fibers. [ref]

These are the types of muscle contractions needed in power sports such as deadlifting, sprinting, speed skating, and short distance cycling.

What happens if you don’t have the ACTN3 protein?

Researchers created a mouse strain that lacks the ACTN3 gene as a way of learning what happens with ACTN3 deficiency. They found that the mice without the ACTN3 protein were able to run about 33% long (similar to an endurance athlete). Most of the other parameters were the same for the mouse muscles, but the researchers did find that the twitch half-relaxation time of the ACTN3-deficient muscles was 2.6 ms longer.[ref]

Here’s how to check your ACTN3 gene:

What do the studies show on ACTN3?

There are tons of studies on this gene, and most of the initial studies focused on the connection with athletic performance.  More recent studies, though, have investigated how the change in muscle fiber composition affects aging, muscle metabolic function, and osteoporosis.

A study using biopsies of human muscles found that those with the ACTN3-functional genotype had more of the type IIx muscle fiber (fast twitch glycolytic). [ref]

There were many subsequent studies on athletes and the ACTN3 gene with varying results.  Some results showed there was no significant difference in athletes when comparing the ACTN3 genotype. [ref][ref][ref]  Other studies found that the difference only existed for elite female athletes. [ref]

Yet other studies do back the idea that the ACTN3-deficient genotype is found much less often in elite power athletes (sprinters, weight lifters, etc). [ref][ref][ref]

Ankle sprains:
A study found that athletes with the RR (produces ACTN3) genotype had a much lower risk of acute ankle sprains. [ref] The connection with ankle sprains may be population specific since it was only found in Chinese cohorts. A large study on ankle sprain genes done in the US did not find that ACTN3 was statistically significant.[ref]

The in-betweeners – ACTN3 CT vs CC:

While most studies don’t find a huge difference in people between having one copy of the deficiency allele (CT) vs having two copies of the normal allele (CC), mouse studies do show that there is a minor difference.

As we age, we tend to lose muscle mass, starting around age 25.  This muscle loss due to aging is called sarcopenia.

In general, elderly people who have the functional ACTN3 gene may have a (slight) advantage in terms of maintaining muscle mass, which decreases the risk of falls. [ref]

Lower bone mineral density:
The ACTN3-deficiency genotype has also been tied to decreased bone mineral density in post-menopausal women. The difference is about 1% less BMD for women with the XX genotype. [ref] Other small studies have replicated this finding. It is likely that the slightly lower muscle mass in people with the ACTN3-deficiency leads to less load-bearing activities on a daily basis. [ref]

Mouse studies show that ACTN3 is expressed in the osteoblasts (cells that form bone). ACTN3-deficiency then could lead directly to slightly reduced bone mineral density. [ref]

Muscle tissue can function aerobically, burning glucose with plenty of oxygen, or they can function anaerobically, relying on lactic acid. Anaerobic respiration is quick and doesn’t need oxygen, but it also doesn’t produce as much ATP.

It has been discovered, through mouse models and human testing, that the ACTN3-deficient genotype shifts the muscles towards more aerobic metabolism, which may be beneficial for endurance athletes. [ref]

What should you eat with the ACTN3 gene variant?

Interaction between ACTN3 and ACE genotypes:

The ACE gene codes for the angiotensin-converting enzyme, which is part of the RAS system that regulates blood pressure.  There are lots of studies on a variant of the ACE gene (known as ACE deletion), blood pressure, and saturated fat consumption.  Read more about the ACE gene.

Interestingly, the ACE deletion/insertion variants are also associated in some studies with athletic performance, especially in conjunction with the ACTN3 genotypes.

ACE Insertion + ACTN3 deficiency:
A study of swimmers found that the ACE insertion genotype combined with the ACTN3-deficiency genotype was beneficial for long-distance swimmers. [ref]

A meta-analysis of a bunch of studies showed that overall the results point to an advantage for the ACE insertion/insertion genotype for endurance athletes. This meta-analysis did not find a gene X gene interaction with ACTN3 or a positive association with the ACTN3-deficiency and endurance sports. [ref]

No impact for non-athletes:
Other studies in untrained, non-athletes found that there was no difference in gains from resistance training when comparing ACE and ACTN3 genotypes. [ref] The genotypes also did not vary in a group of Polish athletes. [ref] And a study of marathon runners also found no statistically significant difference between ACE and ACTN3 genotypes for the athletes. [ref]

ACE and Glucose response:
When it comes to dietary interventions, a study showed that ACE levels are not affected by glucose ingestion prior to intense exercise. [ref]

If you are at the top of your sport and looking to optimize, genetics does come into play with muscle composition and endurance.

Do you end up getting sore after pretty much every work out at the gym? It could be that a deficiency caused by the AMPD1 genetic variant is the cause.

← A little lithium orotate and B12 make the world a happier place… for some people.
Should you eat organic? Detoxifying Organophosphates →