Should you eat organic? Detoxifying Organophosphates 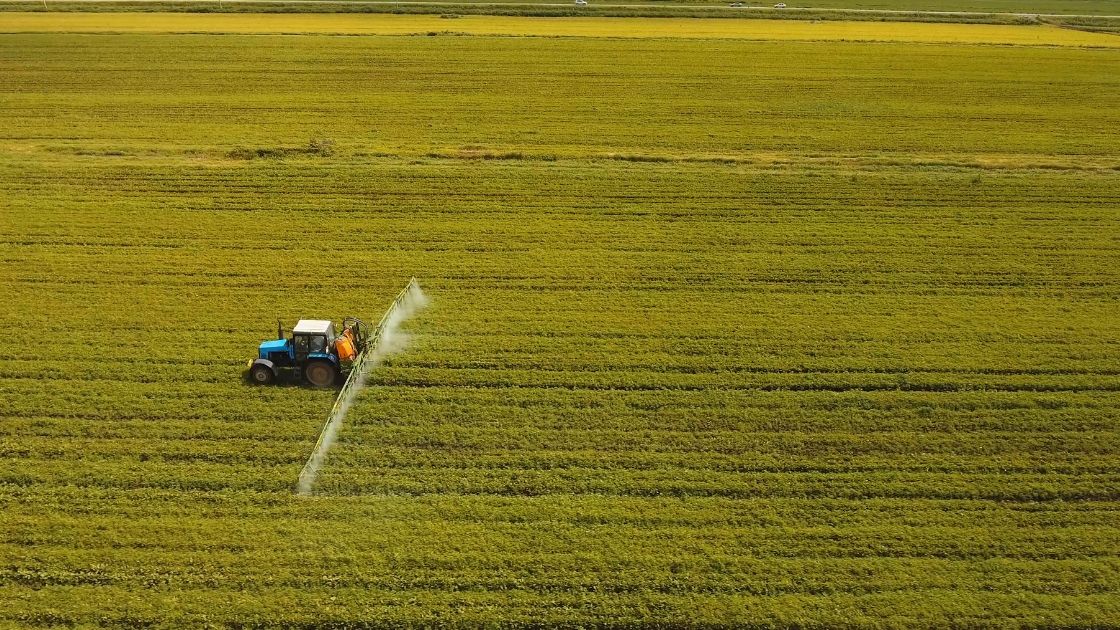 Pesticides that are sprayed on conventionally grown foods affect people differently. Some people carry genetic variants that decrease their ability to detoxify specific pesticides, others may be more resilient.

Organophosphates are a class of chemical that is used in some pesticides. When insects are exposed to organophosphates, their acetylcholinesterase enzyme is blocked.

Acetylcholine is a neurotransmitter that sends a signal from one nerve to the next. Acetylcholinesterase is the enzyme that turns off that signal.  Both are needed — and need at the right time — for your nerves to work.

By blocking acetylcholinesterase, organophosphates cause insect nerves not to stop firing, which eventually kills the insect.

Where are they used?

Organophosphates are commonly used as insecticides on conventionally grown crops:

Organophosphates were also used as a nerve gas during WWI and WWII.  Examples of nerve gas include sarin, VX, and Novick.  [ref]

Chlorpyrifos is commonly used to control termites, mosquitoes, and roundworms. It is now prohibited for indoor home use. On crops, it is used on grapes/fruits, soybeans, and corn.

Here is a map from the USGS showing where in the US chlorpyrifos is used (2016).

Chlorpyrifos is one of the most commonly used organophosphates in the US. It is used on corn, soybeans, wheat, grapes, and more. Hawaii and NY have recently banned the use of chlorpyrifos in those states due to concerns over health impacts.

Organophosphate exposure has been linked to impaired attention, memory problems, and other cognitive problems.  They have also been linked to chronic health problems such as Gulf War Syndrome, Alzheimer’s, and Parkinson’s.[ref]

If you are thinking ‘that is pretty much everything in the body’, you are right. And acute exposure at a certain level is lethal – either through not being able to breathe or your heart shutting down…  But most of us will never be exposed to acute levels of organophosphates (hopefully).

Long-term, low dose exposure to organophosphates has been linked to:

There are numerous animal studies using the various organophosphate pesticides at low and high doses.  Here are results from just a few of the recent studies:

Genetic variants that interact with organophosphates

Your genetic variants play a role in how well you detoxify and get rid of pesticides from your body.  Some people are champs at getting rid of organophosphates, and others of us are more at risk from the negative effects.

Paraoxonase 1 (PON1) is an enzyme that hydrolyzes organophosphate pesticides, allowing them to be excreted by the body.  This is actually the second step in the process that the body goes through to break down and excrete organophosphates.  The first phase of the process creates a toxic molecule, so this second phase, which uses PON1, is extremely important for getting rid of the organophosphates. [ref]

In general, higher exposure to organophosphates is linked to decreased cognitive development. A study that looked at maternal genotype, exposure of the child while in utero, and then later cognitive development found that when mom carried the rs662 TT genotype and had higher exposure to organophosphates, their kids were more likely to have decreased intelligence exam scores at ages 6 – 9. The mothers in this study were Hispanic and African American women, exposed to normal amounts of organophosphates in New York City. The study didn’t show the kids’ PON1 genotypes. [ref]

While PON1 takes care of the second phase of detoxifying organophosphates, there are several genes that code for the enzymes responsible for the first phase of detoxification. The CYP2B6 enzyme metabolizes organophosphates at lower concentrations, such as from normal exposure from pesticide residue. Another enzyme (CYP3A4) is utilized at high concentrations, such as from pesticide poisoning. [ref]

Meat, fish, and dairy usually have low amounts of organophosphates.

While fruits and vegetables are generally considered to be good for you, it may be a trade-off with the pesticide exposure in conventionally grown foods. A study on kids in Atlanta showed that switching out conventional fruits, vegetables, and grains for organic ones substantially reduced the amount of organophosphate metabolites in their urine to almost undetectable levels. [ref]

Put your gut bacteria to work:

Quite a few probiotics have L. plantarum included in them.  If you are looking for L. rhamnosus, Culturelle is a brand that is available at most stores and on Amazon.

A rat study found that chlorpyrifos caused altered cognitive and neurological behavior in animals (backing up many other studies). Adding a quercetin supplement along with the chlorpyrifos mitigated some of the negative effects. [ref]

Similar to the above study, adding NAC protected rats against the sperm altering effects of chlorpyrifos. [ref]

Overall, your best bet if you carry any of the susceptibility variants for problems from organophosphates is to eat organic (fruit, veggies, grains) whenever possible and avoid spraying them in agricultural settings.

The studies on the impact on kids when exposed in utero make me think that all pregnant women should avoid organophosphates.

BPA: Genetics and Detoxification
Ubiquitous in our environment, BPA is an endocrine disrupting chemical. Some people are genetically at a disadvantage for detoxifying BPA.