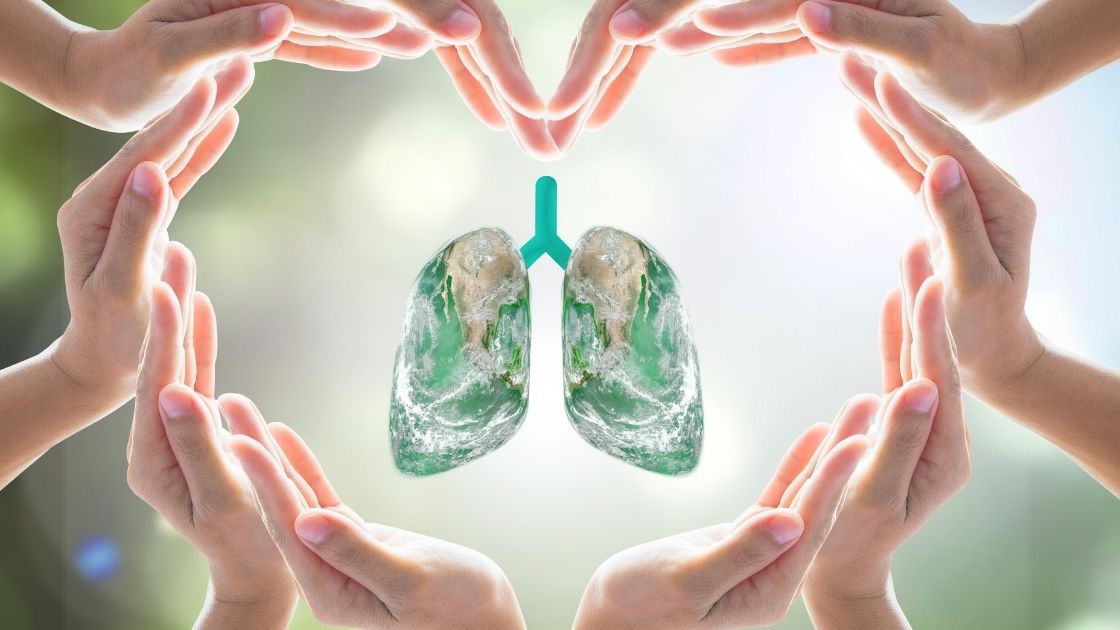 Did you know that up to 3% of the population carries one copy of a mutation for cystic fibrosis? Being a carrier of a cystic fibrosis mutation increases the risk of several diseases including pneumonia from respiratory viruses, pancreatitis, and male infertility.

Learn how to check your genetic raw data to see if you are a carrier for a cystic fibrosis mutation.

What is Cystic Fibrosis?

In cystic fibrosis, the mucus lining the lungs and intestines is thicker and stickier than normal. This can cause a build-up of mucus in the lungs and leads to being much more susceptible to certain respiratory infections.

The CFTR gene codes for a protein on the surface of epithelial cells, which make up your skin and line the intestines and lungs. This CFTR protein creates a channel on the cell membrane that regulates chloride ions moving in and out of cells. The CFTR transmembrane channel moves chloride (Cl-) and bicarbonate (HCO3-) out of the cell, which affects sodium ions coming into the cell.[ref]

Essentially, chloride movement via the CFTR transporter balances the amount of chloride and water in the cell and outside of the cell. The chloride ion is balanced with water, and the amount of chloride (and thus water) moved out of the cell thins out the mucous layer. This is important in the lungs because the mucus that lines the lungs needs to be thin enough. The movement of bicarbonate via the CFTR channel also impacts the pH of the mucous layer.[ref]

Cystic fibrosis is a genetic disease:

Cystic fibrosis is considered an autosomal recessive genetic disease. This means that people who have cystic fibrosis most likely carry two CFTR mutations (one from mom, one from dad – on separate chromosomes).

In addition to thicker lung mucus causing respiratory problems, the thicker mucous lining of the intestines can block the pancreas from releasing pancreatic enzymes. Individuals with cystic fibrosis have a high risk for pancreatic problems as well as digestive problems from a lack of pancreatic enzyme secretion.[ref]

Recent breakthroughs in cystic fibrosis treatments are helping to greatly extend the lifespan of patients. The ability to pinpoint the exact mutation is key. For example, people with the G511D mutation can get a specific new medication (Ivacaftor) that corrects the mutation. More drugs are now in clinical trials, as well.[ref][ref]

Carrying one copy of a CFTR mutation:

While one copy of a CFTR mutation is unlikely to cause cystic fibrosis, it does still impact the chloride balance in your epithelial cells, at least a little. It may also cause you to be at a higher risk for chronic pancreatitis. Additionally, carriers of one copy of the mutation are at an increased risk for asthma and may have somewhat reduced lung function, resulting in increased susceptibility to pneumonia and other lung disorders.[ref] Bile duct obstruction is also more common in carriers.[ref]

A recent study using data from almost 20,000 people who carried one copy of a CFTR mutation found that carriers were at a statistically increased risk for 57 different conditions, compared to a control group of about 100,000 people.[ref] Keep in mind this is just an increase in relative risk – just a little more likely than the average person to get the disease.

For example, carriers are at an increased risk of:

Increased risk of pneumonia (severe COVID-19 risk factor?): A recent Vanderbilt University study found that people who carry one copy of a cystic fibrosis mutation are at a significant increase in the risk for pneumonia, such as in influenza patients. The researchers also theorize that this increased pneumonia risk also applies to pneumonia in people who have COVID-19.[ref]

Note that studies on lung microbiota in COVID-19 patients with severe disease often show coinfections, such as Aspergillus and Klebsiella pneumoniae, in the lungs. It may be that the increased susceptibility to other pathogens has an impact on COVID mortality rates.[ref] Kids who have cystic fibrosis usually have mild illness with COVID-19.[ref]

On the plus side, CFTR mutation carriers are at a lower risk for tuberculosis and cholera. Researchers theorize that the mutation is relatively common in certain population groups due to carriers of the mutation being more likely to survive cholera epidemics.[ref][ref]

When cholera swept through a village, a person with one copy of the CFTR mutation (and an altered intestinal mucosa) was more likely to survive, thus passing on the mutation to their offspring.

Cholera and tuberculosis have killed millions worldwide over the centuries, so even though there are many drawbacks to the CFTR mutation, the positive selection from not dying of TB or cholera is thought to be what keeps this mutation in the population.

One more positive for CFTR carriers is that they may be at a lower risk for high blood pressure. A study in women who carried one copy of the CFTR mutation found that they were less likely to have high blood pressure after age 50 compared to an age-matched control group.[ref]

Genetic variants linked to COVID-19 severity
The question on everyone’s mind these days seems to be… Will I get the COVID? If I do, will it be bad? The SARS-CoV-2 virus hits people so differently! While the majority of people are either asymptomatic or have mild symptoms, some people have a severe case that can result in death. Additionally, some have lingering symptoms that continue longer than normal for a seasonal respiratory virus.

TNF-alpha: Inflammation and Your Genes
Do you feel like you are always dealing with inflammation? Joint pain, food sensitivity, skin issues, gum disease, etc… It could be that your body is genetically gearing towards a higher inflammatory response due to high TNF-alpha levels.