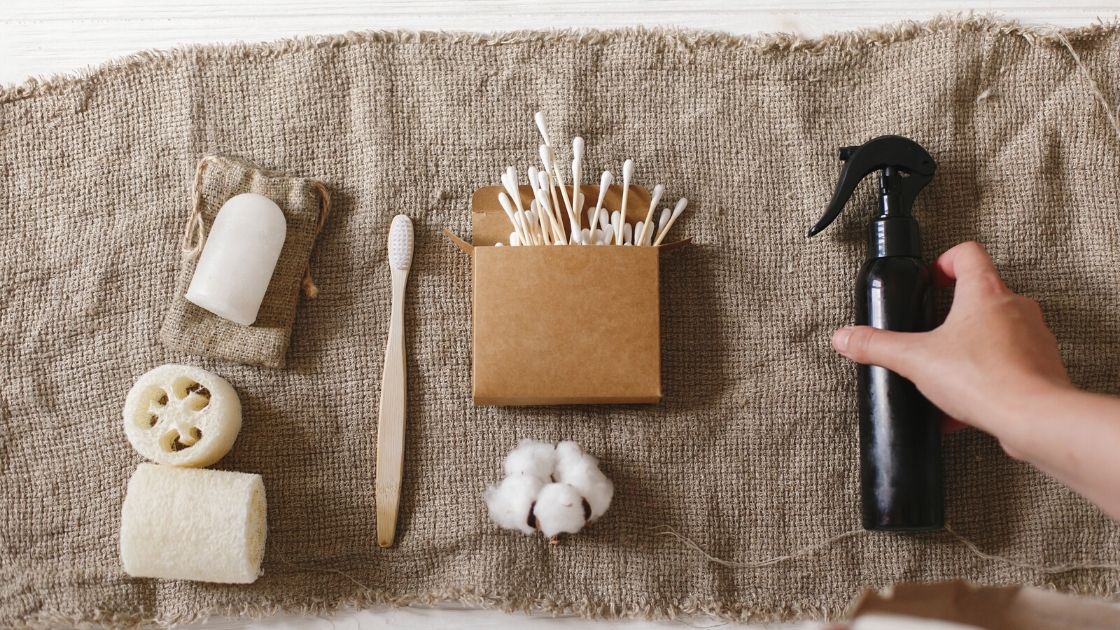 The ABCC11 gene determines both the type of earwax a person has and their armpit odor. A single alteration in the DNA of this gene can cause the gene to stop working, resulting in a person’s lack of body odor.

This article explains what the ABCC11 gene does and how to check your 23andMe or AncestryDNA raw data. Members will see their genotype report below, plus additional solutions in the Lifehacks section. Consider joining today.

Genetic variants that cause a loss of function of the ABCC11 gene are very common among East Asian populations (80-90% of the population).

In other population groups, it is rare to have no body odor. In fact, only around 2% of Caucasians carry the ‘no body odor’ version of the gene.

What does the ABCC11 gene do?

ABCC11 is required for the transport of lipophilic substances, bile acids, conjugated steroids, and – most importantly – the component found in apocrine sweat and earwax, which results in odor and wet earwax.

The transporter doesn’t work for people who have loss-of-function genetic variants and thus doesn’t transfer the odor-causing lipids into their armpits. No body odor!

The common genetic variant that causes body odor also causes an increase in sweat from the armpits.[ref]

Thus, if you have the loss-of-function variant, you may have less sweaty armpits than someone who has the functioning version of the gene.

What else is this gene important for?

Variants of this gene are also involved in medication resistance to antiviral and anticancer drugs.[ref]

The wet earwax allele was also associated with a higher risk of breast cancer in Japanese women but not in women of European descent.[ref][ref][ref]

In Japanese men, carrying the allele associated with wet earwax is linked with an increased risk of hidradenitis suppurativa.[ref] Hidratenitis suppurativa is a painful skin condition causing pus-filled lumps under the skin, usually in the underarms, buttocks, or groin areas.

Do you need to wear deodorant if you have the ABCC11 ‘no stink’ variant?

In general people with the non-functioning ABCC11 variant don’t need to wear deodorant.

Other research showed that those with the ‘no body odor’ variant sometimes had other sources of body odor or social reasons for wearing deodorant.[ref]

Genotype report: How to find your ABCC11 gene variant

Members: log in to see your data. Not a member? Join now.

The frequency of the alleles varies greatly according to ethnic background.

For example, the vast majority of people in Korea have the T/T genotype with no body odor.

The flip side is that very few Caucasians in the UK have the T/T genotype: 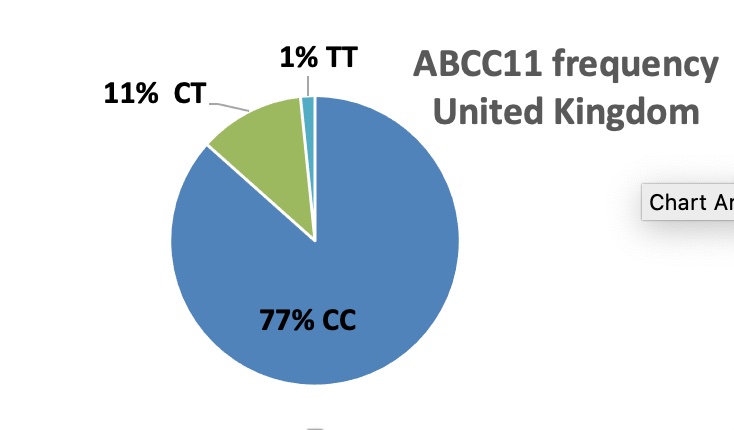 In addition to the ‘no body odor’ variant, an additional variant in the gene is related to serious side effects from a certain chemotherapy drug. Keep in mind that the function of the ABCC11 gene is to transport certain molecules across the cell membrane. In this case, the variant causes the transport of the metabolite of a chemotherapy drug not to work correctly, increasing side effects.[ref]

Related article: Trimethylaminuria: Gene variants that cause a bad body odor Variants in the FMO3 gene can cause a fishy or icky smelling odor (listed below in the Lifehacks section).

Changes in the ABCC11 gene may impact your reaction to a type of chemotherapy drug called fluorouracil.[ref] Talk with your doctor if you have concerns here.

Did you know? There’s a lot more you can learn from your genes :-) Check out the following topics next:

Drinking Genes: How well do you break down alcohol?
Wondering why you don’t react the same way to alcohol as your friends do? Some people metabolize alcohol faster, leaving a build-up of acetaldehyde. Learn more about why this can be a health problem for some. (Member’s article)

Sore Muscles after a workout?
Do you end up getting sore after pretty much every workout at the gym? It could be that a deficiency caused by the AMPD1 genetic variant is the cause.

Anxiety and Genetics
This article covers genetic variants related to anxiety disorders. Genetic variants combine with environmental factors (nutrition, sleep, relationships, etc) regarding anxiety. There is not a single “anxiety gene”. Instead, many genes can be involved – and many genetic pathways to target for solutions.