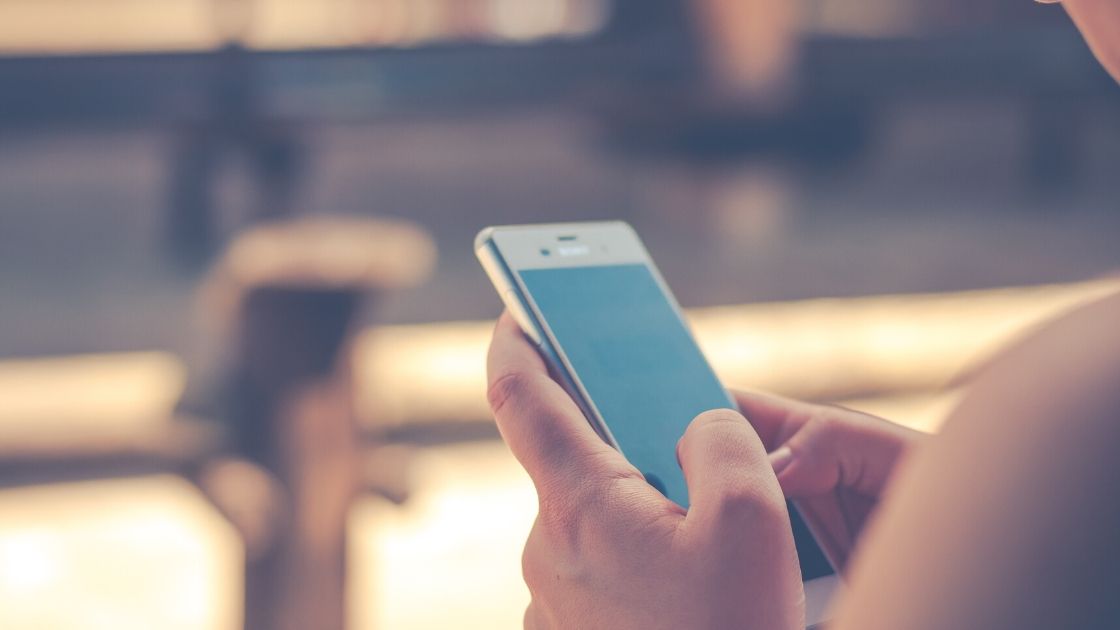 Our brains are constantly being stimulated by modern technology, causing people to feel distracted, anxious, and unmotivated. It seems like we have a fear of boredom in our ultra -stimulating world. Do we all need to take a break?

Genetics plays a role in susceptibility to addictive behavior, including internet and smartphone addiction.This article takes a look at the new trend of ‘dopamine fasting’ and then digs into the research on smartphone usage disorder. If you find you have a problem with overusing your smartphone or the internet, there are methods to explore allowing you to Lifehack your brain back to center.

Dopamine fasting is a new trend making the rounds on social media. From Silicon Valley tech gurus to YouTube influencers, this seems to be an interesting fad.

The top YouTube search results bring up several videos explaining dopamine fasting as taking a break from everything that causes a dopamine release, which according to the video hosts included food, sex, smartphones, talking to people, warm showers, and reading.  One intense young guy recorded himself explaining a 24-hour dopamine fast with spliced in videos of him not doing anything for the day other than meditating.

Hmm… this seems like a pseudoscience fad that the young-uns are into (and yes, I hear myself saying that in a grumpy-old guy ‘get off my lawn’ voice).

Where did this idea of ‘dopamine fasting’ come from?

Digging a little deeper, the term dopamine fasting was coined and popularized by Dr. Cameron Sepah, a psychiatrist.  But his explanation and definition of dopamine fasting seem far removed from some of the ways that people are talking about it on Twitter.  (Oddly enough – or not! – dopamine fasting doesn’t seem to be trending on Instagram :-)

For Dr. Sepah, dopamine fasting combines using the principles of cognitive-behavioral therapy (CBT) to combat the impulsive behaviors surrounding technology uses. For instance, the iPhone ding announcing a text message has conditioned me to stop whatever I’m doing and grab my phone.

Often people tend to reach for their phones every time they feel bored, anxious, or sad. This is a conditioned response – we reach for the phone to get rid of the bad feeling and replace it with pleasure via watching a video, scrolling through Facebook or Instagram, or playing a game.  [article]

Dr. Sepah recommends putting away the stimulus (e.g. the phone) and making it harder to access.  He also recommends engaging in alternative activities (remember those things we used to do before constant access to the internet?) and noticing what triggers that impulse to reach for the phone / go online. Ultimately, he gives some recommendations for technology fasts that include several hours at the end of the day, or a weekend or longer break.

The Science of Dopamine Fasting

Dopamine is a neurotransmitter, which is a chemical messenger sending signals between dopaminergic neurons in the brain. These neurons are important for motor control (moving your body), memory, arousal, and reward.

Dopamine is associated both with memory and reward-based learning. Think of Pavlov’s dogs and how they became trained based on a reward and a stimulus. In general, this reward-based learning system is important for survival – it is vital to remember where good food sources can be found, where water is to slake your thirst, etc. Taking this to the extreme, drugs like cocaine cause rapid dopamine release and quickly condition the brain to seek and crave the drug. [ref]

That being the case, the trend of needing to get rid of dopamine in the brain is ridiculous (and actually not what Dr. Sepah was meaning by the term).  Instead, the idea of using CBT-based techniques to reduce our addictive-like behaviors to technology is at the core of ‘dopamine fasting’.

Rather than debate the semantics of the term, let’s dig into the science and genetics here.

Bigger Picture: Are Smartphones and Internet Use a Problem?

Can people really have an addiction to using their smartphone or to being constantly on the internet? Researchers paint a pretty compelling picture that this behavior can lead to an addiction for some people.

There are thousands of studies looking into the problem, which seems to be known by various names:

What research shows on smartphone use disorder:

A recent meta-analysis that combined the data from several studies came up with some eye-opening results. The analysis included over 42,000 adolescents and college-age young adults.  1 in 4 had ‘problematic smartphone use’ (PSU)! [ref] Those with smartphone use disorder had:

Smartphone addiction seems to still be an evolving subject that is continuing to be defined by researchers. Part of the definition of addiction includes the behavior or substance needs to cause preoccupation, neglect of other activities, sadness when not available, and continued use despite evidence of harm. Think about the panic when you’re going somewhere with a long wait time, like the DMV, and your phone battery is dead — the definition of ‘sadness when not available’…

Personality traits and smartphone use disorder:

Researchers have applied psychological profiling methods to the problems of smartphone and internet use disorder. An emerging field of research called psychoinformatics is applying psychology techniques to big data sets such as social networking data and phone usage data.[ref]

One study looked at users on WhatsApp and was able to statistically determine psychologically defined personality traits from the data. For example, the trait of Extraversion was correlated with daily use of WhatsApp, and people with higher trait scores of Conscientiousness used WhatsApp for shorter periods of time.[ref]

While it is interesting to see the research-based evidence that backs up what seems like common sense, it gets a little bit creepy when you look at the research on how well you can predict personality trait scores based on a person’s Tweets. [ref]  Taking it one step further, there is a lot of research on using the data from Facebook profiles along with psychological profiling as a method of predicting an individual’s psychological traits, sexual preference, ethnicity, and political party affiliation. I’m sure you can see the implications of this, but let me quote from the conclusion of one study: “We conclude that predicting a user’s personality profile can be applied to personalize content, optimize search results, and improve online advertising.” [ref]

If smartphone use disorder and internet use disorder are legitimate problems, the question comes to mind: Are some people genetically more susceptible?  And is your next question – how can genetic data be combined with data from social media and internet habits to further profile a person?  Or is it just me?

Genetics and Smartphone Use Disorder

Studies using twins show that there is a large ‘heritability’ or genetic component of problematic internet use. Researchers estimate that it is 58-66% genetic. Obviously, this is a genetic link that is dependent on the environment and access to the internet and smartphones. [ref] Other research into specific facets of internet addiction put the heritability estimates at 21 – 48%.[ref][ref]  To give you a frame of reference for what ‘heritability’ means, a person’s height is considered to be about 80% heritable, with the rest of the variation due to nutrition and other environmental factors. [ref]

I’m going to take some liberties in this section and lump together studies on smartphone use, internet use, and internet gaming addiction.

The DRD2 dopamine receptor is found abundantly in the brain and the variants are linked with alteration to memory and addictive behavior. (Gene name ANKK1, referred to in studies as DRD2)

The COMT gene codes for the enzyme that breaks down dopamine and other catecholamine neurotransmitters. A common variant can decrease or increase the speed at which this enzyme works.

The CRHR1 gene codes for the corticotropin-releasing hormone receptor 1. This drives the release of cortisol, which has been shown to be higher in people who are excessive internet gamers.  “The CRH pathways contribute to the withdrawal/negative affect and preoccupation/anticipation stages of the addiction cycle…”[ref]

The CHRNA4 gene codes for a nicotinic acetylcholine receptor that is linked with nicotine addiction (as well as internet addiction).

Variants related to smartphone use for real-life contacts:

While it is easy to get the picture of a person with internet or smartphone addiction being less empathetic and more neurotic, not everything is negative. Genetic variants are also linked to people using their smartphones for making contact with actual people that they know via a phone call.

The OXTR gene codes for the oxytocin receptor. There is a connection between Oxytocin, the ‘love hormone,’ and feelings of social empathy.

Dopamine fasting:
If you recognize that your phone and internet usage is excessive, check out the articles by Dr. Sepah on dopamine fasting. His recommendations, such as setting limits and taking a break from electronics for a few hours each night seem logical and like something we probably all should do.

What can you do during a phone or laptop break? Here are a few suggestions:

Circadian rhythm benefits:
Another excellent reason for taking a couple of hours off from electronics before bed is the benefits for sleep and circadian rhythm. Light in the blue-wavelengths at night suppresses melatonin and alters circadian gene expression. This is linked in many studies to mood disorders and altered neurotransmitter levels. With this in mind, putting away the phone and shutting down the laptop several hours before bed is a fantastic habit to get into – whether for circadian rhythm purposes or to break bad habits with your phone.

If you think you have a more serious addiction to the internet or your smartphone, consider getting professional help from a therapist. Research shows that cognitive behavioral therapy (with or without medication included) may help.[ref]

Bipolar Disorder, Depression, Circadian Clock Genes
New research shows that depression and bipolar disorder are linked to changes or disruption in circadian genes. Some people carry genetic variants in the circadian genes that make them more susceptible to circadian disruption.