How Well Do You Convert Beta-Carotene to Vitamin A? 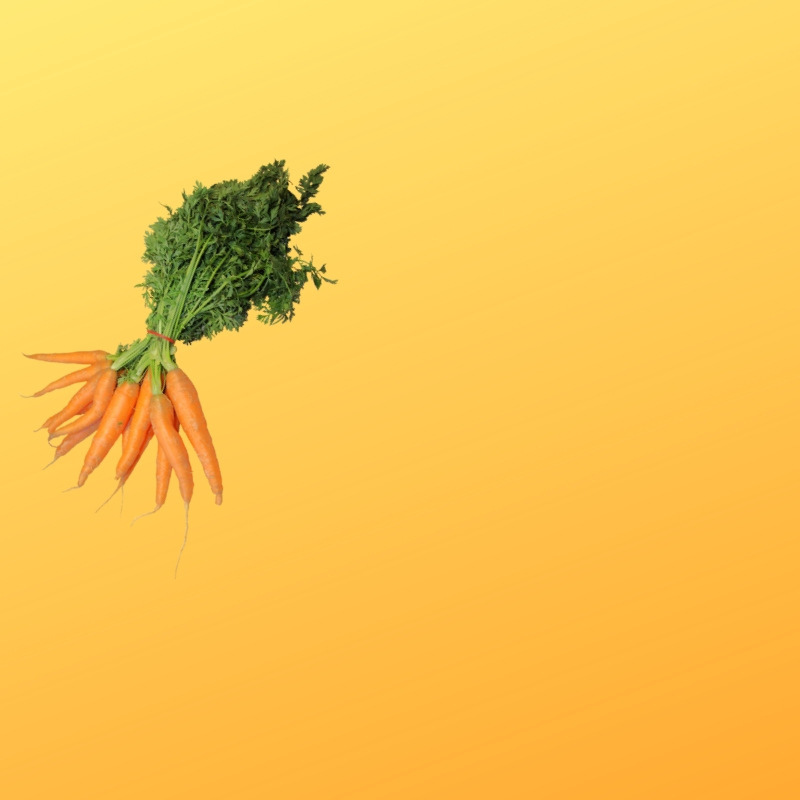 Everyone knows that carrots and sweet potatoes are great sources of vitamin A, right?

Well…  it turns out it isn’t that straightforward for everyone. The beta-carotene in orange fruits and vegetables has to be converted into the form of vitamin A (retinol) that our bodies can use.

Genetics plays a huge role in how well you convert the carotenes into retinol. Some people are great at absorbing and converting the carrots in their diet into the retinol form. Others of us carry genetic variants that significantly impair that conversion.

Background information on Vitamin A:
Vitamin A is a general term that covers several different forms of the vitamin.

Animal food sources mainly provide retinyl palmitate, which is broken down in the intestines to retinol. In this form, it is stored by the body and then converted to an active form for use.

Carotenes are the plant forms of a precursor to vitamin A. The most common form is beta-carotene which is found in abundance in carrots and other orange-colored foods. Beta-carotene is broken down by an enzyme in the intestines to also form retinol.[source]

Interestingly, most carnivores are poor converters of beta-carotene, and cats cannot create any vitamin A from beta-carotene.

About 80-90% of the retinoids in the body are stored in the liver and used to maintain a steady level in the blood.[ref]

Your body then used the retinoids in a variety of ways including in:

A deficiency in vitamin A can cause poor night vision, worsen infectious diseases, and, when severe, cause blindness.  In the immune system, retinol is involved with both the innate and adaptive immune responses.[study] Vitamin A can also help with skin problems such as some types of acne and hyperkeratosis.[study]

Personal side-note:
I had keratosis pilaris (bumpy skin on the back of my arms) since childhood and never knew what caused it. After learning that I don’t convert beta-carotene very well, I starting taking a retinyl palmitate supplement. A couple of months later, my arms were smooth for the first time in several decades. (To be totally honest here, I didn’t realize the connection until I stopped taking the vitamin A supplement and the bumps came back a month later. I now judge my vitamin A status by the smoothness of my arms. )

Genetics of Beta-carotene Conversion:
Beta-carotene is converted by the enzyme β-carotene 15,15′-monooxygenase (BCMO1 gene) into retinol. It is then used by the body in the same way as preformed vitamin A from animal products is used or stored.

Vegan and Vegetarian Diets:
If you eat a vegan or vegetarian diet, your body’s source of vitamin A is through converting beta-carotene. If you don’t process it into retinol very well, you may want to increase your vegetables that are high in beta-carotene or consider supplementing with a retinol form Vitamin A.

Beta-carotene is hydrophobic and needs fat to be absorbed in the intestines. Adding a little fat to your beta-carotene rich food should help a little with absorption.[ref]

A word of caution:
Vitamin A is a fat-soluble vitamin that can build up in the body, so you don’t want to go overboard with it. You can get a blood test to determine your level.

Retinol forms of vitamin A:

Carlson’s Vitamin A on Amazon.com is an inexpensive source of the retinol form of vitamin A. There are other good brands as well — just be sure to read the labels to know what you are getting.

Beef liver is also an excellent source of vitamin A. A three-ounce serving of liver packs a big punch with about 15,000 IU of vitamin A.

Include Vitamin D:
There are a few studies that show that too much vitamin A without enough vitamin D can be a risk factor for osteoporosis.[ref]  So be sure to get out in the sunshine for vitamin D, and if you are getting your vitamin A levels checked, you may want to also get vitamin D tested at the same time.

← The Link Between Vitamin D, MS, and Your Genes
Histamine intolerance and the methylation cycle →

3 Comments on “How Well Do You Convert Beta-Carotene to Vitamin A?”