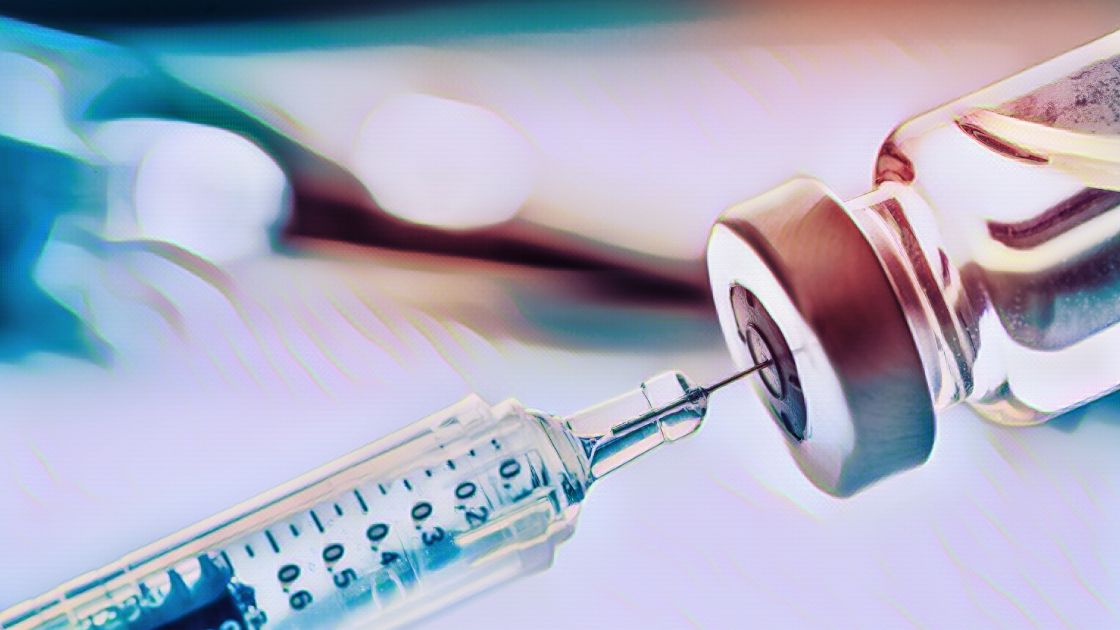 You may have read or heard that anyone who carries MTHFR variants should not be vaccinated. Usually, the reason given is that those with decreased MTHFR enzyme activity cannot detoxify or ‘handle’ vaccinations, often with references to mercury in the vaccines.

This article reviews the published scientific studies on the topic of MTHFR and vaccinations. The intent is to inform and educate, based on research on the topic.

The MTHFR gene codes for the enzyme that plays a critical role in using folate in the methylation cycle.

There are two genetic variants of MTHFR that many researchers have focused on. These two variants are known as C677T and A1298C.

If you have done 23andMe or AncestryDNA, you can check your raw data to see if you carry the variants.

You can read all about the methylation cycle and the MTHFR gene here.

I purposefully refer to the genetic change in MTHFR as a variant instead of a mutation.

At least one copy of the C677T variant is found in more than half the people in most population groups. This is not a rare mutation, but rather a common variant that causes a change in how the gene functions.

Studies on MTHFR C677T and vaccines:

Researching the studies on MTHFR variants and vaccination injuries or adverse events lead me to exactly one study.

Seriously. One study — on a vaccine that is no longer given. It is an open-access article (freely accessible) on genetic variants and adverse reactions to the smallpox vaccine.

Overview of the study: In a study conducted by Vanderbilt University, 131 people (average age of 23) received a vaccine for smallpox. The results showed that those individuals with an MTHFR C677T variant were more likely to have an adverse reaction to the vaccination. The study also linked other genes to an increase in adverse events.

Read why the author of that smallpox vaccine study does NOT think it shows a reason not to vaccinate.

What about studies on MTHFR and vaccine excipients?

Some claim that excipients added to vaccines are the reason that MTHFR C677T variant carriers should not be vaccinated.

There was a small study done showing that people with the MTHFR C677T variant might be more sensitive to mercury. The study looked at the genes of 25 participants that had been diagnosed as sensitive to mercury compared with a control group of 25. The MTHFR 1298C/C genotype was more common in the mercury-sensitive group.

But…   Mercury has been removed from children’s vaccinations since 2001 in the U.S.  Seasonal flu vaccines for those over 6 years old can still contain mercury, so check the ingredients on that particular vaccine if you are concerned about mercury.

I found no other links between MTHFR variants and other common excipients in vaccines.[ref]

Common vaccine excipients include (according to the CDC):

A study on vaccines and MTHFR that (hopefully!) doesn’t apply to children found that a cocaine vaccine actually worked better for people with the MTHFR 677 T/T genotype (decreased cocaine use and depression scores).[ref]

Cover-up or a conspiracy?

The ‘conspiracy theorist’ in the back of my mind wondered if the link between MTHFR and vaccine injuries was just being covered up — or perhaps deliberately not studied.

But… this doesn’t seem to be the case.

Numerous studies have investigated the interaction between genetics and vaccination reactions.

There is a field of research called ‘adversomics’ which looks into how genetics, epigenetics, and bioinformatics information can be used in analyzing the adverse events from vaccines. [ref]

Vaccine efficacy studies cover how different genetic variants increase or decrease the effectiveness of vaccines as well as how genes interact with adverse events.

Instead of a conspiracy against the MTHFR variant, researchers focus on genes that actually do impact vaccine response.

You may be wondering if you should talk with your doctor about a vaccine exemption for a child with an MTHFR variant.  That is, of course, between you and your doctor.

There is no research-backed evidence, though, that I’ve found that indicates that the common MTHFR variants are a reason not to vaccinate.

My final point is that the MTHFR C677T and A1298C variants are very common. More than half the population carries one of the variants.

So a common-sense argument is that if these variants were impacting adverse events from vaccines, that would clearly be seen in the data. 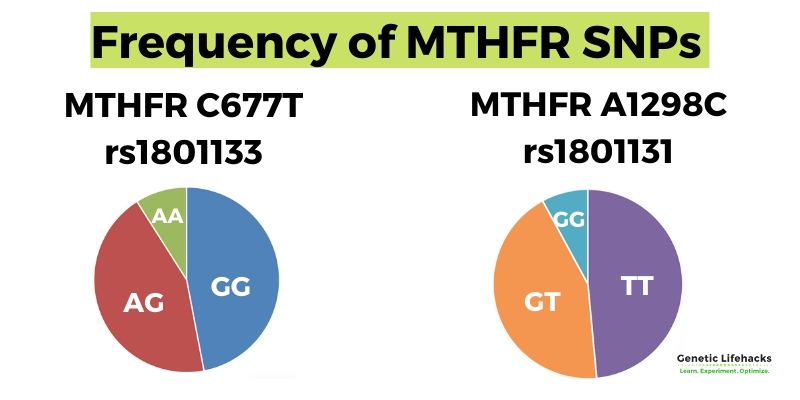 Summing up the evidence:

New article: Can you get the COVID vaccine if you have MTHFR?

COMT Gene
Wondering why your neurotransmitters are out of balance? It could be due to your COMT genetic variants. The COMT gene codes for the enzyme catechol-O-methyltransferase, which breaks down (metabolizes) the neurotransmitters dopamine, epinephrine, and norepinephrine.

Cortisol and HPA Axis Dysfunction
Cortisol is a hormone produced by the adrenal glands in times of stress, and it also plays many roles in your normal bodily functions. Your genes play a big role in how likely you are to have problems with cortisol and HPA axis dysfunction.

Migraines: Genetics and Solutions
Migraines plague more than a billion people worldwide. That is a lot of people who know the pain, mental fogginess, sensitivity to light, and overwhelming desire to crawl into a dark hole and hide from the world. Knowing how your genes influence your risk of migraines can help you tailor solutions that may work better for you.