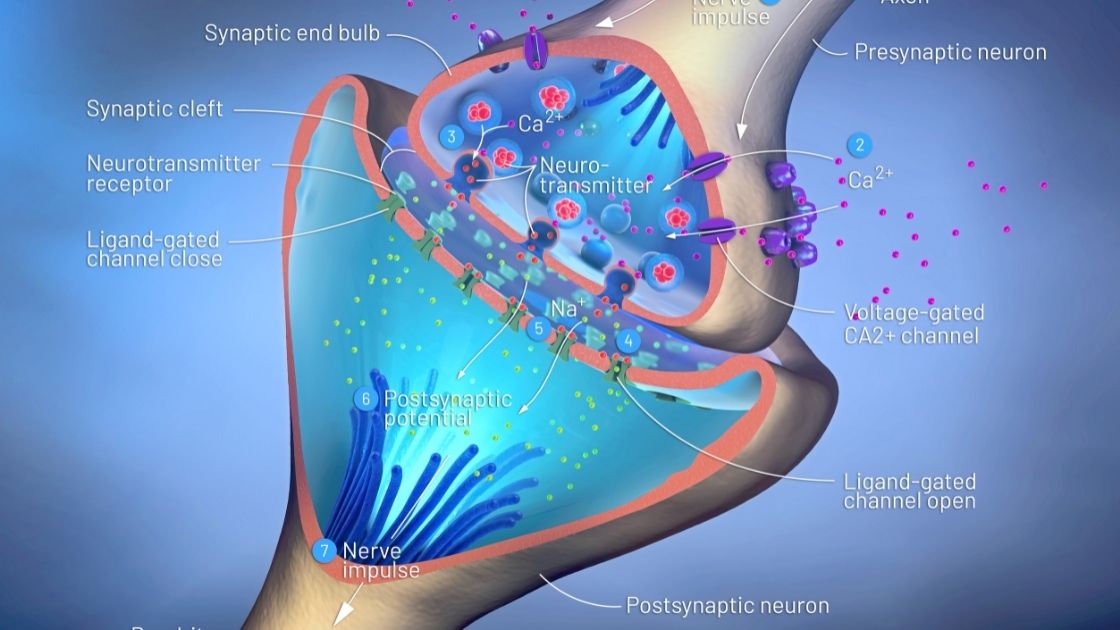 Having trouble with supplements containing methyl groups? Wondering why your neurotransmitters are out of balance? It could be due to your COMT genetic variants. This important enzyme is tasked with breaking down neurotransmitters, such as dopamine.

What does the COMT gene do?

Getting Specific: The COMT enzyme adds a methyl group from SAMe to the dopamine, epinephrine, or norepinephrine molecules. It changes the original molecule into a different substance so the body can get rid of it. 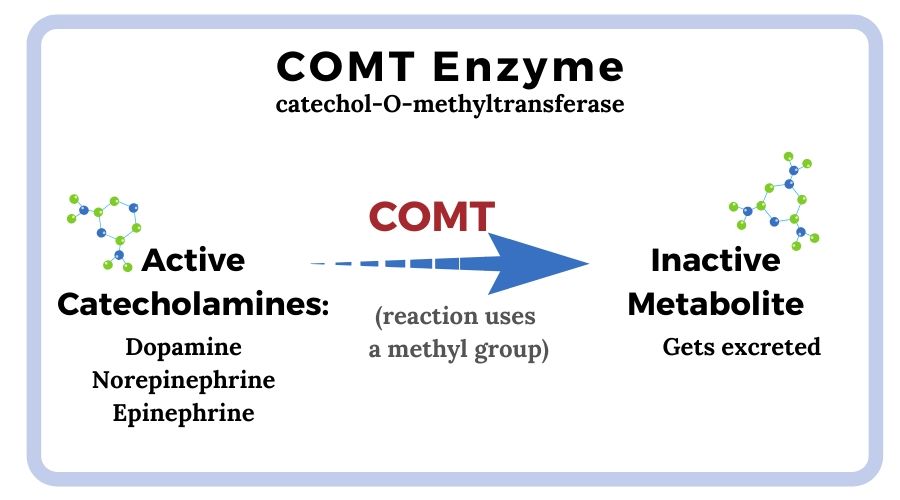 Estrogen: Additionally, COMT is important in the phase II metabolism of estrogens. It converts estrogen metabolites into forms that can be excreted easily.

Several common genetic variants in the COMT gene alter how the enzyme functions. Some variants increase the speed at which the enzyme metabolizes neurotransmitters, and other variants can slow down the enzyme.

The COMT enzyme is active in the prefrontal cortex, which is the brain region involved in planning, complex behaviors, and personality.

Researchers link COMT genetic variants to quite a variety of different diseases, from mood disorders to heart disease, possibly due to the COMT variants metabolizing neurotransmitters at different rates.

Some of the psychiatric disorders with increased risk associated with COMT variants include schizophrenia[ref][ref], depression[ref], anxiety, and bipolar disorder. Keep in mind, though, that the COMT variant doesn’t cause these disorders – it just adds to the susceptibility.

Outside of the brain, COMT also breaks down estrogens.[ref][ref] This leads to differences in the amount of COMT available in the prefrontal cortex between males and females after puberty.

Estrogens can inhibit COMT, leading to an increase in dopamine in female brains.[ref]

One of the most studied COMT genetic variants is known as Val1158Met or rs4680. This variant affects the rate at which the enzyme functions.

There is a lot written online about COMT – from Facebook groups to clinicians making videos on the topic.

Often the information leads you to believe that carrying one of the other COMT rs4860 alleles is really bad… This reasoning isn’t true. Research shows there are both positive and negative effects of the variant. So instead of one allele being bad and one being good (red or green, plus or minus), studies show these common variants just add to our uniqueness.

Instead of focusing on bad vs. good, I suggest looking at the various interactions between your genotype and supplements or lifestyle factors. Use your genetic information to optimize your health – mental and physical.

One of the most well-studied variants of the COMT gene is rs4680, often called Val158Met. In looking at research studies, the G is “Val” and the A allele is “Met”.

Here are the findings from some studies on this COMT variant:

Recent studies on this variant have found:

A couple more COMT variants can add to the effect of the main variants listed above.

The logic behind this suggestion is that overwhelming the pathway with too many methyl groups can lead to a sudden rise and subsequent fall in dopamine levels — causing mood swings, anger, or anxiety.

Which type of B12 for slow COMT?

Instead of supplementing with methyl-B12, people with rs4680 A/A genotype may want to try hydroxocobalamin or adenosylcobalamin. These types of B12 don’t contain a methyl group and are thus less likely to cause problems for people sensitive to methyl donor supplements.

Bipolar Disorder, Depression, Circadian Clock Genes
New research shows that depression and bipolar disorder are linked to changes or disruptions in circadian genes. Some people carry genetic variants in the circadian genes that make them more susceptible to circadian disruption.

Magnesium deficiency? Genes that Impact Magnesium Levels
Are your magnesium levels low? Understanding your genes can help you decide whether you may need more magnesium in your diet or via supplements.