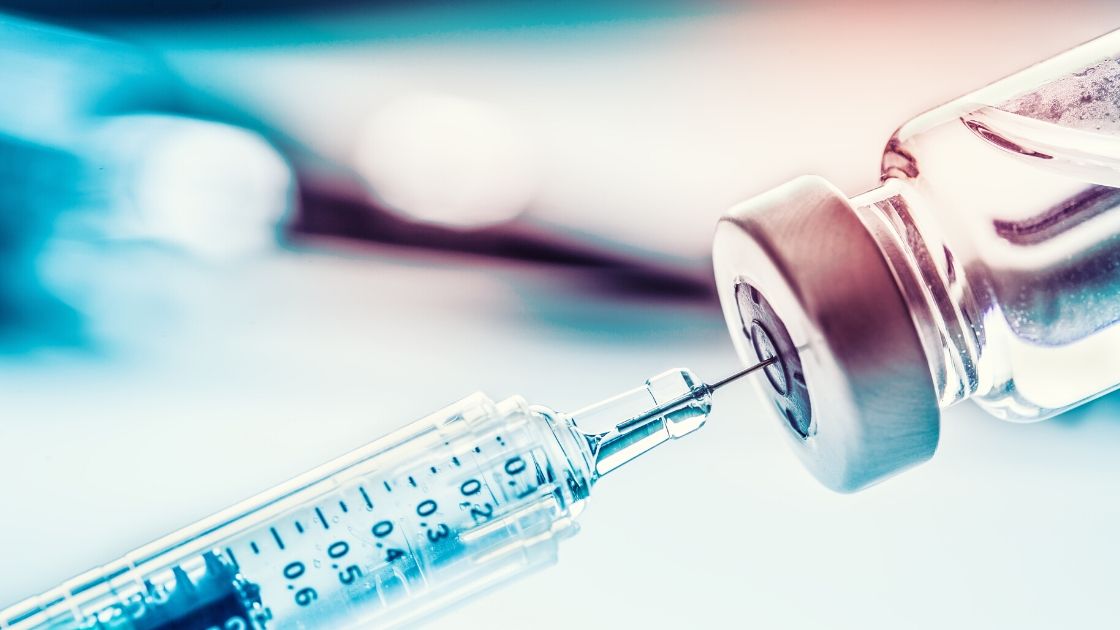 Way back in 1796, a scientist named Edward Jenner injected some cowpox into a boy in hopes it would inoculate the child against smallpox. It worked and was the first crude vaccine. Lots more to that story – and not all of it is nice – but the point is that vaccines have been around for a couple of hundred years.

Fast forward to now, and we know a whole lot more about the immune system and how vaccines work. Genetics plays a huge role in how an individual responds to a vaccine. For some vaccines, such as hepatitis B and trivalent flu vaccines, there can be a 100-fold difference in response.[ref]

When you look at the population as a whole, there is no doubt that vaccines have saved millions of lives over the past century. The average lifespan increased by 30 years from 1900 to the year 2000. Researchers think that the majority of that increase (25 years) was due to public health interventions such as vaccinations. (Note that this is an average lifespan — so the decrease in childhood deaths due to polio, measles, smallpox, etc., is big here.)[ref] Prior to the measles vaccine, about 95% of kids caught the measles, resulting in about 4 million deaths per year.[ref]

But that is the population as a whole…there are always case studies and anecdotal stories about individuals who are harmed by vaccines.

With all the new research over the past 10 to 20 years, scientists now know a lot more about how genetics interacts with vaccines. Not everyone creates antibodies in response to a vaccine. And some people are already genetically unable to get certain diseases.[ref]

At some point (hopefully soon!), doctors will be able to personalize vaccinations based on an individual’s genetics.

How do vaccines work?

Vaccines trigger an immune response mimicking a previous contact with a viral or bacterial pathogen. The key to triggering the production of immune systems cells without the pathogen making you sick is to include only the inactive part of the virus in the vaccine.

Your immune system has two parts:

The adaptive immune system takes several days to attack a new pathogen, but for previously known pathogens, the specific response is much faster. This is why you don’t get sick the second time that you meet up with a virus. Your adaptive immune system just destroys it without you realizing you have been exposed.

Vaccines give you a little bit of a virus or bacteria and cause the body to mount an adaptive immune response against a pathogen. This happens via a couple of specific immune system cell types.

T-cells and B-cells are types of white blood cells the body creates to get rid of invaders. T-cells come from the thymus, and B-cells from the bone marrow. These cells actively fight new pathogens, but they also create memory cells so they will be ready to roll if they ever see that pathogen again.

For T-cells, this process starts with another type of immune cell called a macrophage.

Macrophages are big immune cells that can gobble up the inactivated pathogen from the vaccine. This process is called phagocytosis — kind of like PacMan coming along and engulfing the pathogen.

The macrophages then break up the pathogen and display parts of it on the surface of their cell using receptors known as the major histocompatibility complexes (MHCs). The MHCs are coded for by the HLA genes (below in the genetic section). This is where individual genetic differences come into play, big time.

T-cells locate and bind to the foreign antigens on the macrophages and activate. Some of these activated T-cells eventually become memory T-cells that are always circulating at low levels, on the prowl for that foreign antigen.

B-cells can also differentiate and create long-lasting memory for the pathogen as well as antibodies that circulate in the plasma. So if you get exposed to the pathogen that you are vaccinated against, the body is ready, and the quick response overwhelms the pathogen.

We’ve come a long way since Edward Jenner cut open a cowpox on a dairymaid and injected the puss into a stable boy. (He then exposed the kid to smallpox a couple of weeks later to see if the procedure had worked!)

There are several different types of vaccines:

Adjuvants are substances included with the vaccine causing the body to create a bigger immune response.

Vaccines are supposed to give you immunity from a specific disease — and this is the mechanism that is well understood. But researchers have also found that there are effects from vaccines on non-targeted pathogen infections.

So what is going on here – why would an oral (live attenuated) polio vaccine keep a child from dying of other infectious diseases? When the body responds to the live attenuated vaccine, it not only creates antibodies but also ramps up the innate immune system at the same time, creating interferon, natural killer cells, etc. Plus, the vaccine can cause the creation of cross-reactive antibodies.[ref]

There is a new area of vaccine research taking this concept of non-specific immunity to the next level. Called ‘Trained Immunity-based Vaccines’, the idea is to create vaccines that stimulate a wider variety of pattern recognition receptors.[ref]

Vaccine response in the elderly:

Older individuals have a decreased immune response against pathogens, and this also affects their response to immunizations. One reason for this is that the thymus gland begins to calcify with age and stops producing T-cells.

Flu vaccines are estimated to be less than 50% effective in older individuals. This is in years when the vaccine matches the circulating flu strain (best-case scenario).[ref][ref]

Older individuals who have compromised immune systems can have adverse reactions to vaccines also. For example, the shingles vaccine can cause chickenpox in immunocompromised people.[ref]

In general, the data show that the shingles vaccine is about 50% effective in older adults.[ref]

Not everyone will develop immunity to a pathogen based on immunization. We are all different – and a percentage of the population won’t develop antibodies (more in the genetics section).

Age matters in kids also, and the vaccination schedule takes into account the ages at which kids are likely to be able to mount an immune response and develop antibodies due to immunization. Additionally, the combination and timing of vaccines are important. For example, when the oral polio vaccine is given along with the rotavirus vaccine, a greater risk of poor response to the rotavirus vaccine exists.[ref]

Here is a good example: When the chickenpox vaccine first came out in 1996, the recommendation was for only one dose of the vaccine. It turned out that about 20% of kids did not seroconvert (have enough antibodies) after one dose, so the CDC in 2006 recommended doing two doses. This upped the protection to about 98% of kids.[ref]

Humans as a species have survived and thrived due to diversity and variability in our innate immune response to pathogens. Along comes a new virus – and part of the population is able to fight it off, surviving. A different virus comes along next year, and a different part of the population has a survival advantage. Diversity is key to species survival.

Take the measles vaccine as an example:
In the 80s, it was thought that measles was almost eradicated. But from 1989-1991, there were suddenly 55,000 documented cases of measles. This wasn’t due just to kids that weren’t vaccinated. Up to 40% of the cases were in people who had been vaccinated already. Researchers found that the immune response to measles was about 90% heritable or due to genetics. There is a huge range in how people mount an immune response to the measles vaccine.[ref]

The celiac disease-associated HLA-DQ2 genotype is associated with an increased association of not creating antibodies in response to the hepatitis B vaccine.[ref]

HLA-DQ2 is also referred to as HLA-DQB1*0201. This genetic variant is fairly common and found in about 25% of European Caucasians.

SLAM gene: signaling lymphocyte activation molecule, which is the cell receptor through which the measles virus enters the body.

IL-28B gene: codes for a member of the interferon family

Intergenic region: the area between genes that influences nearby genes

If you are going to get a vaccine, you want it to be effective and produce the needed antibody response, right?

The following have shown in studies to affect the production of antibodies in response to vaccines:

TNF alpha: Inflammation, Genetics, and Natural Inhibitors
Do you feel like you are constantly dealing with inflammation? Joint pain, food sensitivity, etc.? Perhaps you are genetically geared towards a higher inflammatory response. Tumor necrosis factor (TNF) is an inflammatory cytokine that acts as a signaling molecule in our immune system.

Rapamycin, mTOR, and Your Genes
Rapamycin is an antibiotic that is used as an immunosuppressant, an anti-cancer agent, and to prevent blocked arteries. Rapamycin is now the focus of longevity and healthspan-extending research through its inhibition of mTOR.

Vitamin D, Genes, and Your Immune System
Vitamin D is more than just a ‘vitamin’. It is actually a hormone essential to many processes in your body – including your immune system. Learn how vitamin D helps the immune response to coronavirus, flu, and other respiratory viruses.