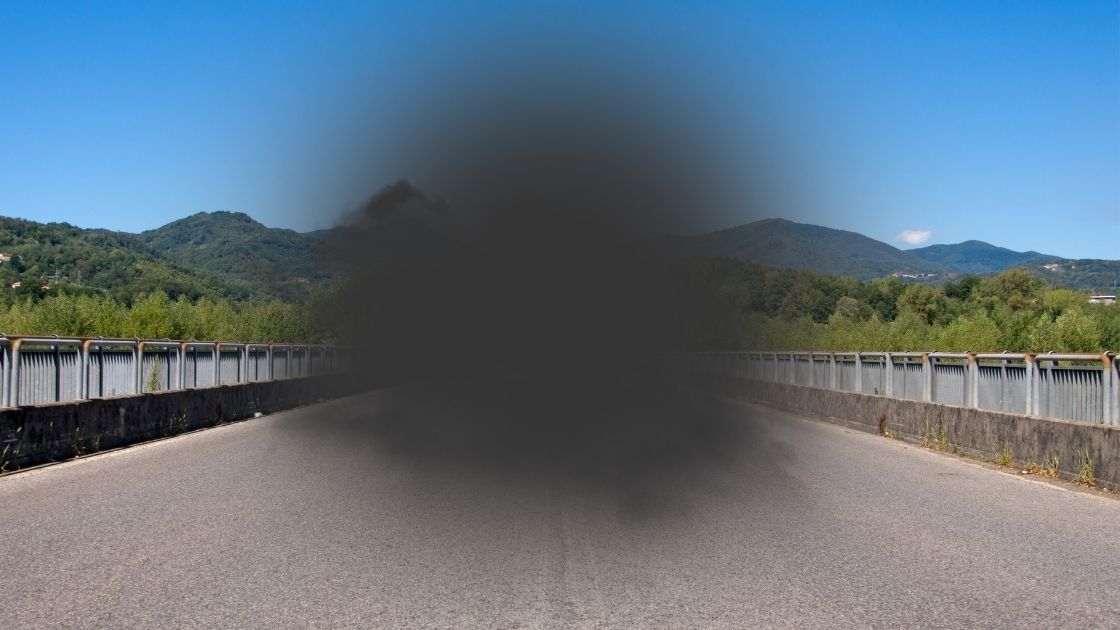 Age-related macular degeneration (AMD) is the most common cause of blindness in the elderly. Genetics plays a huge role in AMD. There are supplements specifically promoted for preventing AMD…  BUT, for people with specific genes, supplements containing antioxidants might triple the risk of worsening AMD.

This article explains age-related macular degeneration, delves into the genetic risks, and then explains which supplements are likely to be protective and which may do more harm than good.

Age-related macular degeneration (AMD) is caused by changes to the retina, which is the layer at the back of the eye which helps us to see. Specifically, the changes happen in the center of the retina, known as the macula.

AMD is the leading cause of vision loss in older people. About 1 – 3% of Caucasians will end up suffering from advanced AMD, but it is less common in other population groups.

Macular degeneration causes a loss of central vision. It can start as a blurry spot in the middle of the field of vision, progressing to a dark spot. Straight lines may look distorted, and colors may be darker or less vivid.

There are two types of AMD – wet and dry:

Dry age-related macular degeneration is caused by metabolic end products collecting under the top layer of the retina.

Wet age-related macular degeneration is caused by abnormal, leaky blood vessels growing into the retina after the formation of the drusen.

This is often where the explanation of AMD ends in most articles…  but stick with me here, and I’ll explain why wet and dry AMD occurs and how genes & lifestyle come into play.

Age-related macular degeneration is now known to be caused by an interaction between environmental factors (smoking, diet, lifestyle, toxicants) and genetic susceptibility.

Genetic studies from the early 2000s pointed researchers in the direction of the complement system, which is part of our immune system.

The complement system enhances (or complements :-) the ability of antibodies and phagocytic cells to attack microbes — and also to clear out damaged cells.

The outermost layer of the retina is the retinal pigment epithelium. This layer is important for moving ions and nutrients (e.g., vitamin A, glucose) in and out of the layer that contains the photoreceptors needed for vision.

AMD originates from cell death in the photoreceptor and retinal pigment epithelium cells. This causes holes or dark spots in vision.[ref]

What causes cell death for the photoreceptors and/or epithelial cells?

The body has various ways of killing cells that it thinks are pathogenic. The complement system acts as one of the known ways in this process.

Activation of the complement system can occur in a variety of different ways, including the lectin pathway (e.g., mannose-binding lectin), classical pathway, the alternative pathway, or through the intrinsic pathway (C3, C5).

Activating the complement pathway results in the formation of something called a membrane attack complex, which causes the rupture of a cell membrane. Great when it is attacking a bacterial pathogen, but not great when it happens to the retinal pigment epithelium cells.

So everything needs to be in balance here. While there are a variety of ways to activate the complement pathway, complement factor H keeps the complement system from being overly active.[ref]

Completely unique in the body, the retinal pigment epithelium has the ability to create and express a variety of different complement system proteins normally only created in the liver. Basically, the eye has something called ‘immune privilege’, meaning that the body’s normal immune response (via the bloodstream) is not very active there. Instead, the eye has its own separate immune response.

Back to AMD and the complement system:

A buildup of cellular oxidative stress due to smoking or simply aging causes an increased amount of oxidative stress and cellular debris. This causes inflammatory signaling to occur, activating the complement system.

When retinal epithelial cells are destroyed, they can’t grow back. At least not very quickly or easily. So the key is to keep the oxidative stress in retinal cells at a lower level, thus preventing the complement cascade from being activated in the eye.

The heritability of AMD is fairly high – estimated to be as high as 70% for advanced AMD.[ref][ref] Thus, genetics (along with lifestyle) plays an important role in the susceptibility and progression of macular degeneration.

Keep in mind when reading through any study or article about genetics and AMD that the studies are talking about increased (or decreased) relative risk. If the lifetime risk for a Caucasian who is elderly is 2% or 1 in 50, then doubling that risk makes it 1 in 25.

CFH gene: codes for complement factor H, the ‘stop’ that regulates the activation of the complement system.

*Note that some studies show that carrying the risk alleles for both of the above two variants is additive. This means that people carrying rs1410996 A/A and rs800292 G/G had a 4-fold increase in relative risk when compared to the G/G and A/A (less common) genotypes in people with Chinese Ancestry.[ref]

CFI gene: this codes for a protein that works together with complement factor H to also put the brakes on the complement system

C3 gene: codes for a part of the complement system

If genetics plays such a big role, is there anything you can do about AMD?

Absolutely! Knowing your genetic risk can help you determine which diet and lifestyle changes you can make at a younger age to prevent AMD.

In addition to age, other factors such as cigarette smoking, UV and blue light exposure, being female, lighter-colored eyes, cardiovascular disease, and obesity can all increase the risk of AMD.[ref]

Smoking: One genetic study points out that the link between the ARMS2 variant and AMD is particularly risky for smokers or former smokers.[ref]

The AREDS2 trial looked at the effect of supplementing with specific antioxidants, vitamins, and minerals in preventing the progression of AMD. Overall, the trial showed some success, reducing progression by 19%.[ref]

While you will often see an AREDS2 supplement suggested for preventing macular degeneration, that may not be the right approach for everyone.

Other studies, though, don’t show that antioxidants are harmful, necessarily, for people with the ARMS2 variants — but they do back up the idea that zinc is most helpful.[ref]

Supplements for AMD (plus interactions with genes):

CYP1A1: Detoxifying Cigarette Smoke and Estrogen
Genetic variants in the CYP1A1 gene are linked to a number of different health conditions, including an increased risk for estrogen-related cancers and increased risk for lung cancer in smokers.