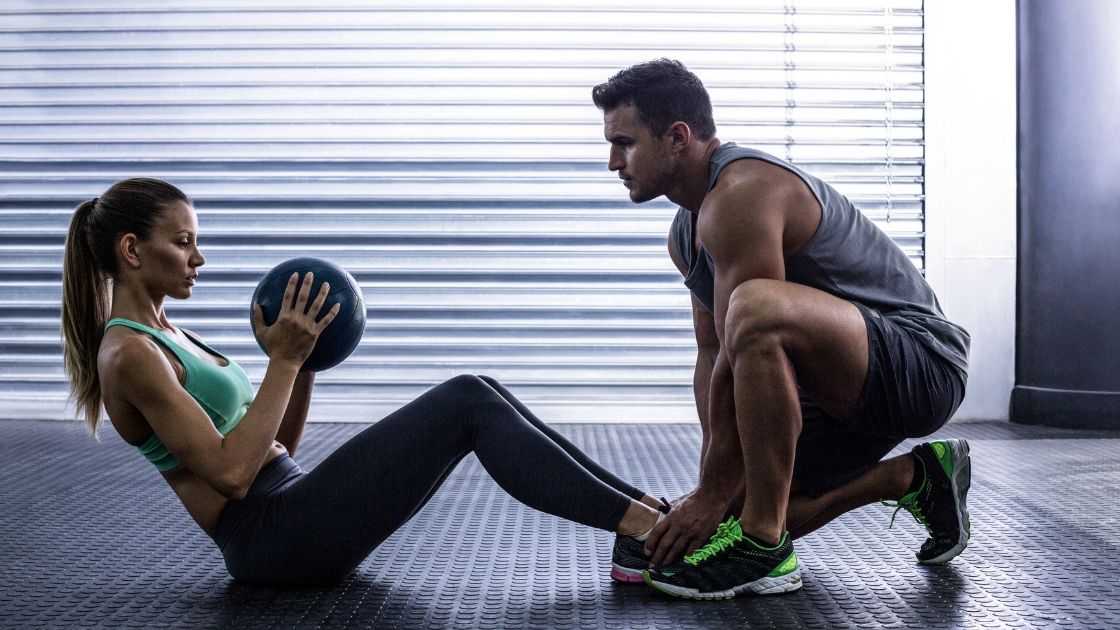 Do you end up getting sore muscles after pretty much every workout at the gym? A deficiency caused by a genetic variant in the AMPD1 gene  could be the cause. (Or you could be over-doing it :-)

This article digs into the AMPD1 gene and the research studies on how it affects exercise and athletic performance.  Find out how to check your 23andMe or AncestryDNA data for the AMPD1 deficiency variant, and then learn about some options to deal with AMPD1 deficiency.

Adenosine monophosphate deaminase is an enzyme coded for by the gene AMPD1, which acts in the skeletal muscles to convert AMP to IMP.

In a nutshell, this is an enzyme that your muscles use when they need to make a lot of ATP for energy, such as when you are exercising.

It causes sore muscles and possibly muscle spasms when working out. On the plus side, AMPD1 deficiency may be protective against heart disease.[ref]

A common AMPD1 genetic variant, known as C34T, causes a decrease in the function of this enzyme for people with one copy of the variant (heterozygous AMPD1 deficiency). This causes about a 60 – 84% decrease in enzyme activity.[ref]

People with two copies of this variant have a non-functioning enzyme. Caucasian and African populations carry one copy of the variant at a frequency of about 10%. It is much less frequent in other population groups.

The rs17602729 variant is also known as C34T in studies. Reading through studies about this variant, you will see the risk allele listed as T (minus strand). This equates to “A” in 23andMe or AncestryDNA data.
Check out other Athletic Performance Genes such as ACTN3

Does AMPD1 deficiency mean that you can’t work out? Absolutely not. It just means that you may have more pain or muscle soreness than other people do. It’s just genetic – and doesn’t mean that you are a workout wuss :-)

Ribose has been suggested in several studies and in online forums for AMPD1 deficiency.  It can be purchased online and at health food stores. It is a white powder and is a type of simple sugar. Some people with blood sugar regulation problems report having problems with hypoglycemia when taking it.[ref]

Creatine supplements have also been used for AMPD1 deficiency. Studies have shown varying results for the impact of creatine.[ref][ref]

PPAR-Delta: Burning off the fat
PPARδ is a key player in how and when your muscles burn fat for fuel. Genetic variants in the PPARD gene impact how well your muscles utilize fatty acids. These variants also impact how much of a fat-burning benefit you get from exercise.

Athletic Performance
If you are at the top of your sport and looking to optimize, genetics does come into play with muscle composition and endurance.