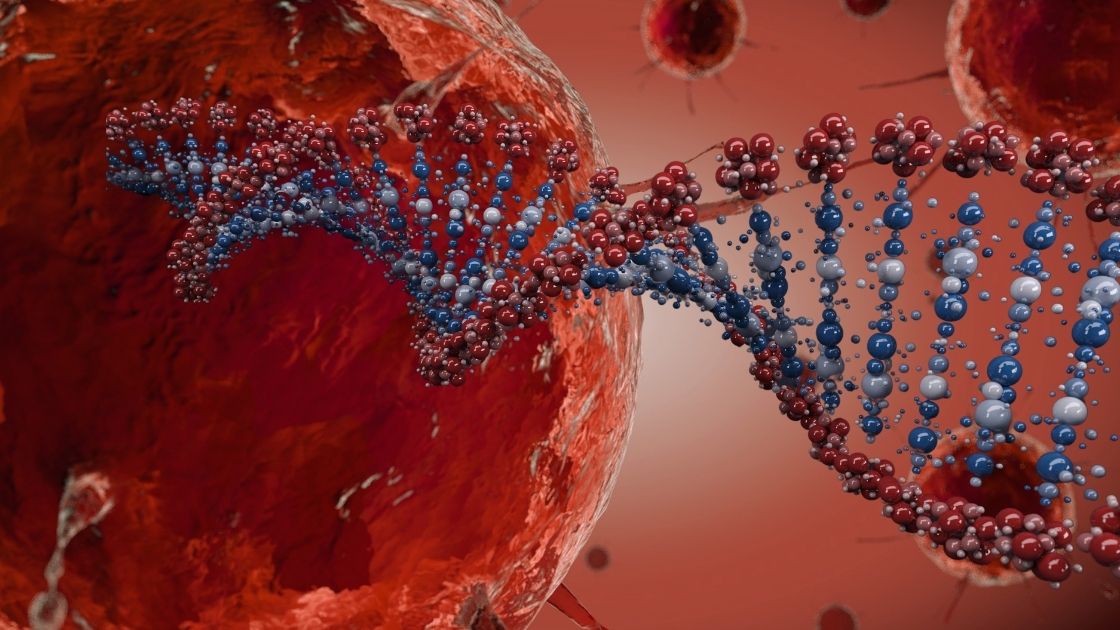 Throughout human history, we have constantly battled invisible pathogenic foes. Humans have sophisticated, built-in systems for fighting off viruses — this is how we have survived as a species.

One of the enzyme families involved in responding to viruses is called APOBEC3. It has a unique way of stopping viruses from replicating. Essentially, it causes mutations in the viral DNA, rendering the virus inactive. Once in a while, though, the mutations can increase the virulence of a virus.

Apolipoprotein B Editing Complex (APOBEC3) is a family of enzymes called cytidine deaminases, which play an important role in responding to viral infections.

The APOBEC3G gene encodes an enzyme that is a part of the innate defense mechanism against retroviral infections as well as a few other types of viruses.

Retroviruses insert their viral RNA into the genome of the host cell’s DNA to be transcribed. While typical viruses use the host’s cellular mechanisms to convert viral RNA into proteins, retroviruses do things differently and use reverse transcriptase to produce DNA from the viral RNA. That DNA is then incorporated into the host cell’s genome. (While this sounds pretty wild, we actually have a lot of old viral DNA in our human genome.)

Retroviruses include HIV, but HIV has evolved the Viral infectivity factor protein (Vif), which counteracts the effects of APOBEC3G.

APOBEC3G is also part of the defense mechanism against poxviruses such as monkeypox virus and other DNA viruses that utilize reverse transcription.

The APOBEC3 family of proteins also inhibits coronavirus infections, although the mechanism of action there is not yet determined.[ref]

Some researchers think that APOBEC3-driven mutations are causing most of the variation in the SARS-CoV-2 virus.[ref]

What does APOBEC3 do?

APOBEC3G interferes with reverse transcriptase by causing mutations in the creation of the viral DNA. Specifically, it causes mutations converting G (guanine) to A (adenine) in the viral DNA. The mutations then may cause the virus to not function or not replicate well.[ref]

Overall, researchers found that approximately 22% of human viral species are shaped by APOBEC3-causing mutations that result in positive evolutionary pressure in the virus.[ref]

In addition to causing hypermutations in retroviruses, researchers think that APOBEC3G also inhibits viral replication by other means. Cell studies show that APOBEC3G can inhibit infection by parvoviruses without hypermutating their genomes.[ref]

Interferon is one of the first innate immune system signals produced in a viral infection. APOBEC3G is upregulated in response to interferon. It is also produced in T cells, B cells, and macrophages, and B cells can release it in exosomes.[ref]

HPV (human papillomavirus) is the primary cause of cervical cancer. While most HPV infections are harmless and clear up spontaneously, persistent HPV infections can lead to cancer in certain circumstances. Recently, researchers discovered that women with cervical cancer had higher levels of APOBEC3G than women who had HPV without getting cancer.[ref]

Researchers think that APOBEC3s are causing mutations in cancer cells by wrongly targeting the cell genome in cancers initiated by viruses. One study explains: “For example, high-risk papillomaviruses, whose viral genomes carry an APOBEC3 footprint, indirectly promote cell transformation due to the sustained APOBEC3 mutagenic activity.”[ref]

Researchers have found that the APOBEC3 family of genes has diverse variants in population groups worldwide. It may be because specific variants have been selected by combating viruses that are endemic in certain parts of the world.[ref]

Unfortunately, only a few of these variants are covered by 23andme or AncestryDNA data.

APOBEC3G gene: encodes the APOBEC3G enzyme, which targets retroviruses and causes mutations in the virus.

APOBEC3F gene: encodes the APOBEC3F enzyme, which also targets retroviruses and causes mutations in the virus.

APOBEC3A gene: encodes the APOBEC3A enzyme, which edits RNA in viruses and host cells. One edited RNA is succinate dehydrogenase B (SDHB) which is involved in mitochondrial energy production and oxygen sensing. Mutations in SDHB are linked to a couple of types of cancer.[ref]

Stating the obvious:
Go to the doctor if you think you have a virus such as HIV or monkeypox.

Inhibiting cancer:
Sulforaphane inhibits APOBEC3G. Researchers think this could be of benefit to pancreatic cancer.[ref]

Boosting viral protection:
APOBEC3 proteins depend on zinc as a cofactor.[ref] This may be one more way that zinc is vital in fighting off viruses.

Related article: Zinc and Your Genes

Mutation that blocks you from getting AIDS or HIV
The CCR5 gene is an important player in the immune response. A mutation in the CCR5 gene, called the Delta32 mutation, significantly reduces the chance of an HIV infection.

VMAT2 gene: The God Gene and Neurotransmitters
An examination of the current research for the ‘God gene’, explaining what it does and its importance in Parkinson’s disease.

Genetic susceptibility to viruses
Viral immunity-your genes protect you. Your genetic variants shape your immune system and give you superpowers against some pathogens, perhaps more susceptible to others.​

Genetics, Chronic Fatigue Syndrome, and Long Covid
Take a look into the science of the lingering effects of viruses, including chronic fatigue syndrome and long-haul viruses.