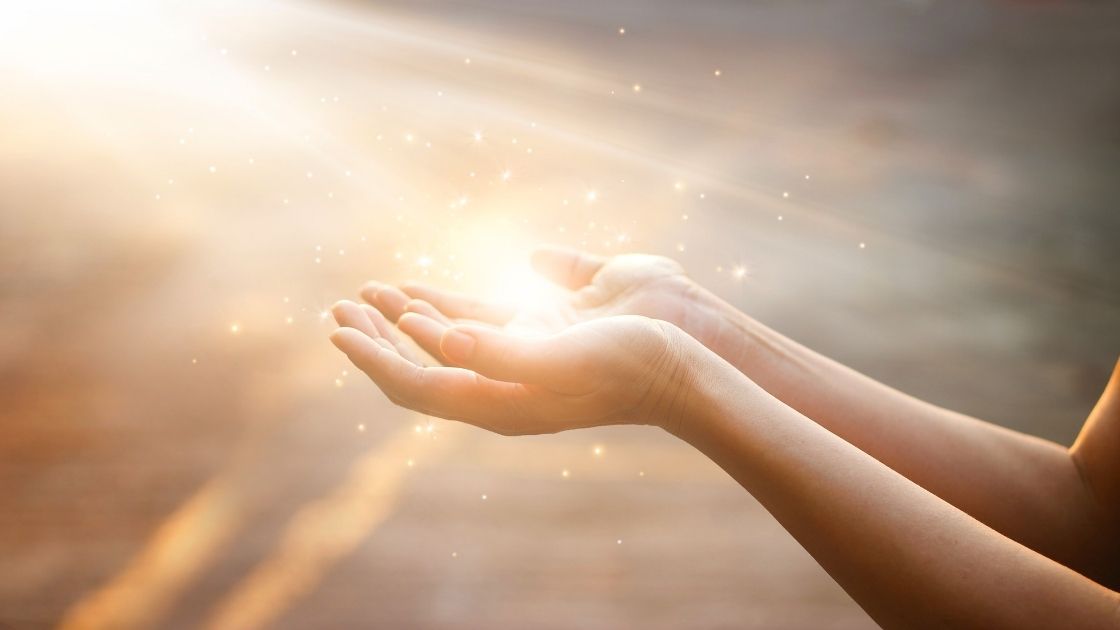 We humans have long sought to integrate spirituality and science – wondering how consciousness, thought, feelings, self-transcendence, and spirituality are created in the brain. Genetics researchers have tried to answer these questions over the past few decades, and their search for a genetic basis for spirituality is intriguing.

VMAT2 is a neurotransmitter transporter encoded by the SLC18A2 (solute carrier family 18 member A2) gene.

It has also been dubbed the “God gene” due to its reported association with spirituality.[ref]

In a 2004 book by Dean Hammer, the VMAT2 gene was hypothesized to be the hereditary influence towards spirituality. The book, called The God Gene: How Faith is Hardwired into our Genes, laid out the idea that spirituality is heritable and, at least partly, due to the VMAT2 gene. The author suggests that selection for feel-good genes creates optimism for living even though death is inevitable.[ref]

What does the VMAT2 gene do?

VMAT2 (SLC18A2 gene) is a monoamine transport gene. It packages monoamine neurotransmitters from the cytosol into vesicles to be released.

VMAT2 is important for transporting dopamine, serotonin, and other neurotransmitters into vesicles that are then released in the synapse of the neurons. In the cytosol of the cell, VMAT2 facilitates the packaging of the monoamines into secretory vesicles. These vesicles then move to the cell membrane to release their neurotransmitter payload into the synapse to send a signal to the next neuron.[ref]

This packaging up of the monoamine neurotransmitters is essential because monoamines are prone to oxidation in the cell. Thus, VMAT2 protects cells from oxidative stress from oxidized monoamines.[ref]

Newly developed VMAT-2 inhibitors have a possible side effect of causing or unmasking Parkinson’s disease.[ref]

For more than three decades, researchers have probed the functions of VMAT2. Here is a quick overview of recent research:

Faulty dopaminergic transmission is at the root of Parkinson’s. Increased VMAT2 is protective against Parkinson’s disease and also protects against toxicants that can cause Parkinson’s.[ref]

Increased levels of VMAT2 can protect the brain from damage from methamphetamine.[ref]

Another place VMAT2 is essential is in the beta-cells of the pancreas. Dopamine modulates the release of insulin, and VMAT2 is important here in the packaging up of the dopamine. Thus, VMAT2 protects against oxidative stress in beta cells by controlling dopamine release.[ref]

Inhibiting VMAT2 too much can cause Parkinson’s-like symptoms due to its effect on dopamine. The positive side of VMAT2 inhibitors is that they theoretically may help with addiction treatment for cocaine or meth.

Inhibitors of VMAT2 include reserpine and tetrabenazine.

Reserpine, used in traditional Indian medicine, is a natural alkaloid derived from Rauwolfia plant species. Used as an antipsychotic and for treating hypertension, this medication’s sides effects, such as depression, can be severe.[ref]

Theoretically, drugs that promote VMAT2 could be neuroprotective and possibly preventative for Parkinson’s. So far, researchers have not found direct synthetic agonists that increase VMAT2. [ref]

Theaflavins, a polyphenol in tea, have been shown to improve VMTA2 expression in the substantia nigra.[ref]

Puerarin, found in kudzu root extract, is a dopamine neuron protecting agent. Animal studies show that it interacts with VMAT2.[ref][ref]

Ha! I find it ironic that an extract made from kudzu, a plant that causes many Southerners to curse God, may increase the ‘God gene’ expression.

Rapamycin, mTOR, and Your Genes
Rapamycin is an antibiotic that is used as an immunosuppressant, an anti-cancer agent, and to prevent blocked arteries. It is now the focus of longevity and healthspan-extending research through its inhibition of mTOR.

Boosting NAD+ levels to fight the diseases of aging
Explore the research about how nicotinamide riboside (NR) and NMN are being used to reverse aging. Learn about how your genes naturally affect your NAD+ levels, and how this interacts with the aging process.