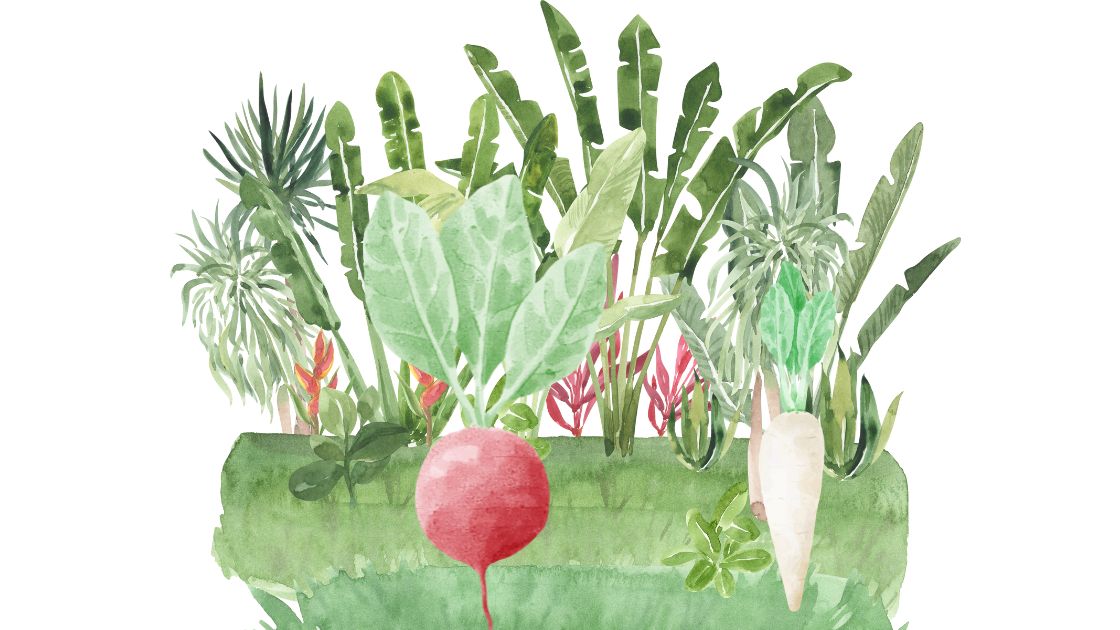 This is Part One in a multipart series on pesticide detoxification. I’m starting with what is considered to be a ‘safe’ pesticide – or at least a  better alternative to the more toxic pesticides – neonicotinoids.

The term pesticide includes insecticides, herbicides, fungicides, antimicrobials, and bacteriocides. These are generally sprayed on crops or used to coat the seeds to improve crop yields.

What started me down this path of investigating the relationship between genetic variants and the need to reduce pesticide exposure was a fertility study that was published a couple of years ago.

This study has bothered me for a while now. It goes against the conventional thought that everyone should eat more veggies and get their ‘5 a day’. Instead, it shows the negative impacts of pesticide residue may outweigh the positive benefits of the antioxidants and nutrients.

Neonicotinoids, also called neonics, are the most commonly used type of insecticide in the world.

Fields are sprayed with neonicotinoids, and they are also used to coat seeds before planting. They were first introduced by Bayer in the early 1990s, and their usage skyrocketed in the 2000s.

Neonics are generally considered safer than some of the other insecticide options. Seeds treated with the insecticide protect the seedling for the first few months of growth. This reduces the number of other pesticides needed.[ref]

How do they work?

Neonics work by damaging the insect’s nervous system – targeting the nicotine acetylcholine receptors. Nicotine is naturally produced by tobacco to fend off bugs. Neonics are chemically similar to nicotine but much more potent as an insecticide.[ref]

By targeting the insect’s nervous system, the insecticide can paralyze the insect and cause death.[ref]

The nicotinic acetylcholine receptors in insects slightly differ from what is found in vertebrate animals, including humans. This was the initial basis for assuming that insecticides are safe for human consumption.[ref]

Recent studies have linked neonicotinoids to colony collapse disorder in bee colonies. The European Food Safety administration has called for a ban on them.[ref][ref]

Another environmental consequence of neonicotinoids is the impact on amphibians. It is thought that neonics decrease their immune response to pathogens, leading to a widespread decline in some areas.[ref]

Where are they used?

Neonics are commonly used to coat seeds. A study on corn seed treated with the neonicotinoid clothianidin found only 1.34% was carried through to the rest of the plant tissue.[ref]

A 2014 study found that 72% of fruits, 45% of vegetables, and 90% of the honey sampled contained neonicotinoids.[ref] So, neonics are widely used, and most people are exposed to them daily.

The USGS maps the data from water sampling showing where pesticides are used. You can look at maps for hundreds of pesticides. The two most commonly used neonicotinoids are imidacloprid and clothianidin.

Here is a map from the USGS water sampling showing clothianidin usage:

Here is a map from the USGS water sampling showing imidacloprid usage.

A University of Iowa study found that neonicotinoids are widespread in surface water in agricultural areas. The study found neonicotinoids are only partially removed by water treatment systems, with the amount depending on the type of filtration.[ref] I wonder if the researchers who found that the University of Iowa’s filtration system only removed 1% of the clothianidin are still drinking from the water fountains there...

In general, neonics are widely used as a seed treatment on sugar beets and cereal crops (corn, wheat, rice). They are also used as a spray for apple and pear trees and in lawn care.[ref]

So what happens in humans? Surely there is no problem since the EPA says they are safe, right?

First, let’s look at how much people ingest/absorb:

Neonics are ingested with food or beverage consumption, absorbed through skin contact, inhaled if nearby to spraying, consumed by drinking contaminated water, or contacted through indoor dust.[ref]

Agricultural workers have high exposure levels of neonicotinoids through the skin. A recent study looked at urine samples from people who apply pesticides. The results showed that 100% of the people had imidacloprid in their urine, both before and after they applied the pesticide to the fields. The concentrations ranged from 0.21-8.91ng/mL before they went to work, to a range of 0.11 – 24.58ng/mL after they applied the pesticides. The average increase was over 3-fold after applying pesticides. But you can see from the wide range that there is a huge difference from person to person.[ref]

Another study looked at the average amount of neonicotinoids found on foods (according to USDA data) and compiled it with the average food consumption data (NHANES data from 2012).

Researchers found the estimated average daily intake was below the chronic reference dose allowed for imidacloprid. They conclude, “However, due to their wide use, it is logical to expect the ubiquity of neonicotinoids in foods.”[ref] I wonder what the effect would be of eating more vegetables than the standard American diet…

The study above used data from the USDA pesticide database. Another website that uses the same database (in an easier-to-use format!) is called What’s on my Food. It lists both the average amount found on different fruits and vegetables, the maximum daily limit, and the range of amounts found. You could use the What’s on My Food website and calculate your own daily consumption of different pesticides.

Another route of human exposure is through contact with a dog that has the flea medication Advantage on its fur. The study found that imidacloprid (which kills fleas) was detectable in the dog’s blood for 72 hours, but it stayed on the fur for up to four weeks! The tests were done to see how much could be picked up by petting the dog for five minutes. The amounts dropped by about a third each week. [ref]

A study on neonicotinoids in tomatoes showed “relatively low bioaccessibility, indicating the daily intake of the tomato can be regarded as being relatively safer.” It also notes that adding fiber to the diet reduces bioaccessibility by 18-67%.[ref]

A cell study on human breast cancer cells found that environmentally relevant doses of neonics cause changes to the CYP19 gene expression, similar to the changes seen in hormone-dependent breast cancer.[ref]

Another study using human lymphocyte cells found that imidacloprid (and two other pesticides) cause changes in a couple of specific chromosomes, causing mis-segregation when dividing. [ref] This is a concern for cancer risk, but I’m not sure what the absolute impact would be.

Since human studies are lackluster and scarce, let’s take a look at animal studies.

Metabolism of neonicotinoids (in humans):

In humans, activation of the nicotine acetylcholine receptors increases catecholamines (epinephrine, norepinephrine, etc.). Overactivation of this system can cause rapid heartbeat, hypertension, vomiting, etc. A cell study shows that neonicotinoids activate tyrosine hydroxylase and PNMT. This, in turn, increased catecholamine production — but at a lesser level than nicotine does.[ref] Basically, neonicotinoids act similarly to nicotine, but at a much lower level. Animal studies back this up.[ref]

A study on agricultural workers found reduced acetylcholinesterase activity when exposed to a mixture of pesticides, including neonicotinoids. This then caused a reduction in SOD (superoxide dismutase) and catalase, which is a major way that the body fights against oxidative stress in cells. Decreased SOD and catalase can lead to tissue damage from oxidative stress.[ref]

To break down and get rid of neonicotinoids (imidacloprid in particular), your body uses the CYP3A4 enzyme. This is an enzyme that also metabolizes about half of the prescription medications.[ref][ref]

The neonic, clothianidin, was tested in human cells and found to down-regulate TNF-alpha and NF-κB, an important part of our immune defense system. This is thought to be the same mechanism by which the neonicotinoids affect honey bees (making them susceptible to viral pathogens).[ref] I don’t know how big an impact on humans the down-regulation of TNF-alpha would actually have. Sometimes down-regulation of TNF is good…

The genetic variants listed below impact the pathways for neonicotinoid metabolism and impact the nervous system.

There are no specific studies (at least that I can find) that look at the impact of neonicotinoids on humans based on their genetic variants. In fact, there are few studies on humans and neonics in general — which is concerning, considering we all consume them every day!

The neonicotinoids clothianidin and imidacloprid are weak agonists of the human α4β2 nicotinic acetylcholine receptors. They bind to the receptors and inhibit the neuron’s response to acetylcholine – more so at higher amounts. This receptor is coded for by the CHRNA4 gene.[ref]

Studies show that imidazolidine metabolism uses the CYP3A4 enzyme.[ref] There are quite a few genetic variants that change the function of the CYP3A4 enzyme.  Note that if you have any of these variants, you should also read my article on CYP3A4 and how it impacts medications.

Detoxifying Organophosphates:
Pesticides that are sprayed on conventionally grown foods affect people differently. Some people carry genetic variants that decrease their ability to detoxify specific pesticides, others may be more resilient.

BPA: Genetics and Detoxification
Ubiquitous in our environment, BPA is an endocrine-disrupting chemical. Some people are genetically at a disadvantage in detoxifying BPA.