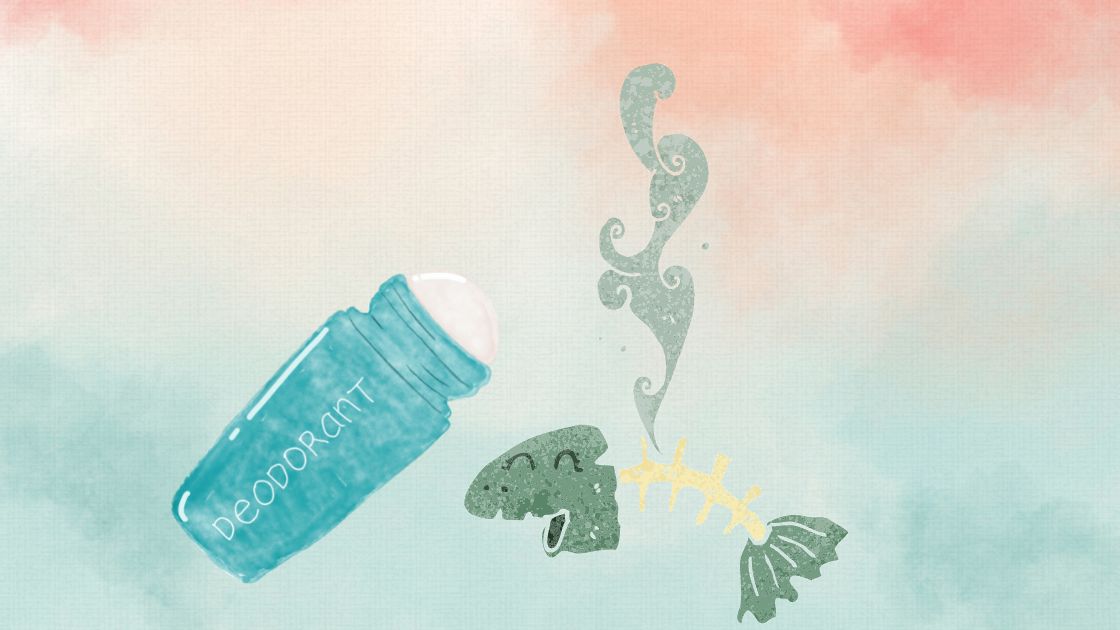 This article explores the FMO3 gene, which encodes the enzyme that breaks down trimethylamine. I’ll explain how to check your 23andMe or AncestryDNA data and then end with a few lifehacks that may help with managing the enzyme deficiency.

Trimethylaminuria is a metabolic disorder caused by high levels of trimethylamine, which has a distinctive odor.

Trimethylamine (TMA) forms in the intestines from various nutritional substrates when intestinal bacteria break down choline, carnitine, betaine, and ergothioneine. TMA then absorbs into the bloodstream from the intestines.[ref]

Foods high in the precursors for trimethylamine (TMA) include:[ref]

Gut bacteria act upon the foods containing the TMA precursors to produce trimethylamine. After TMA is absorbed in the intestines, the FMO3 enzyme converts it into TMAO (trimethylamine-N-oxide).[ref]

TMAO (trimethylamine-N-oxide) is the oxidized form of trimethylamine (TMA). Several problems linked to it include lipid homeostasis, diabetes, and heart health.

The drawback of high TMAO: A number of studies link higher plasma TMAO levels to an increased relative risk of thrombosis (heart attack, stroke). Platelets become a little bit more sticky – more easily activated to clump together – when levels of TMAO are high.[ref]

Too little FMO3 causes the opposite problem. Trimethylaminuria (a.k.a. fish odor disease) results from not enough trimethylamine (TMA) converting into TMAO.

People with trimethylaminuria (TMAU) have genetic mutations in the FMO3 gene that lead to decreased enzyme function, resulting in trimethylamine (TMA) remaining in the bloodstream. The TMA has a bad (sometimes fishy) smell that can exude from the body.

Thus, we need just the right amount of TMA to TMAO conversion.

What are the signs and symptoms of trimethylaminuria?

The diagnosis of trimethylaminuria (TMAU) is based on a distinctive odor and high urinary TMA levels in comparison to TMAO.

The amount of TMA will vary over the course of the day, depending on what a person eats (e.g., choline or other TMA precursors). Thus, measuring the ratio is a better way to know how much TMA is being converted to TMAO. In general, a ratio of (TMAO/(TMAO + TMA)) is below 0.8 in people with mutations in the FMO3 gene.[ref]

Most research studies refer to the body odor in trimethylaminuria (TMAU) as a ‘fishy odor’ or ‘rotten fish’, but patients with TMAU sometimes describe the odor in different ways. To some people, it could smell like garbage, urine, or rotting eggs. Plus, the presence of the odor can vary based on diet and gut microbiome composition.

A study of people with particularly malodorous BO found that about a third of them had TMAU.[ref]

Primary trimethylaminuria (TMAU) occurs due to a mutation that causes the FMO3 gene not to function well. Two copies of FMO3 mutations are generally needed to cause trimethylaminuria. Sometimes, though, a stronger odor is noticed in people with one copy of a mutation, depending on diet and the gut microbiome.

But…the cause of trimethylaminuria may not always be genetic.

While primary TMAU is a genetic disease caused by mutations in the FMO3 gene, a transient form is also possible.

The FMO3 enzyme is produced mainly in the liver. Adults can acquire TMAU if they have liver cirrhosis or viral hepatitis, which impairs liver function.

Transient TMAU can occur during menstruation or when consuming high amounts of choline (TMA precursor).

People with a combination of several FMO3 common genetic variants are more likely to have transient TMAU.[ref]

What else does the FMO3 enzyme do?

The FMO3 gene encodes an enzyme that is important in several reactions in the body (including the breakdown of TMAO).

Drug metabolism: Certain drugs including, tamoxifen and cimetidine (Tagamet), are metabolized using the FMO3 enzyme. Serious interactions can occur with FMO3 mutations and busulfan, which is used in stem cell transplants.[ref][ref]

Carrying several copies of common FMO3 variants that decrease FMO3 function could cause mild, transient malodor, likely depending on choline in the diet and the gut microbiome.[ref]

Traditionally, TMAU is referred to as an autosomal recessive disease, requiring two copies of a rare mutation in the FMO3 gene. Sometimes, though, a person who carries one copy of an FMO3 mutation will have transient trimethylaminuria, usually depending on diet. Additionally, a combination of a rare mutation along with several of the more common variants (above) may also result in trimethylaminuria.[ref]

Below are some research-based diet and supplement recommendations that work for some people with TMAU. Talk with your doctor, of course, if you have been diagnosed with TMAU, to find out what is right for you.

If you have problems with transient malodorous BO and are taking choline supplements, you may want to cut out the supplemental choline to see if it solves your problem.

The first line of treatment for someone diagnosed with TMAU is often a low-choline diet. Choline is really important, though, for a lot of cellular functions. For a child with TMAU, the low choline diet should be supervised by a doctor and dietician because choline is vital in the growing brain. Choline is also essential for anyone planning on getting pregnant.

Limiting fish in the diet:

Salt-water fish contain TMAO. Consuming a lot of fish can lead to an alteration in the ratio of TMA to TMAO – sometimes resulting in too much TMA. For people with trimethylaminuria, a diet that avoids fish and seafood is recommended.[ref]

Carnitine can also be a precursor for TMA. If you are supplementing with carnitine (e.g., weight lifting supplements) and have a problem with malodorous BO, try cutting out the supplement to see if it helps.[ref]

Wash with a low-pH soap:

The TMA that causes the odor is the volatile version of the compound. It turns out that lower pH on the skin reduces the amount of the volatile (odiferous) compound.[ref] Of course, be careful not to cause skin damage by going too acidic. There are a number of cleansers and body washes available that have a lower pH – just do a google search. This is the same concept as why you sometimes soak fish in lemon juice or a little bit of vinegar to get rid of the ‘fishy’ smell.

ABCC11 gene: Ear wax and no body odor
The ABCC11 gene determines both the type of earwax a person has and their armpit odor. A change in a single spot in the DNA of this gene can cause the gene not to function.

The cheese effect and your genes: tyramine intolerance
A tyramine hypertensive crisis also called the ‘cheese effect’, is caused by overindulging in foods high in tyramine. What are the genetic variants that can cause you to not break down tyramine as well as you should?

Top 10 Genes to Check in Your Genetic Raw Data
Wondering what is actually important in your genetic data? These 10 genes have important variants with a big impact on health.