Genetics of Grinding Your Teeth 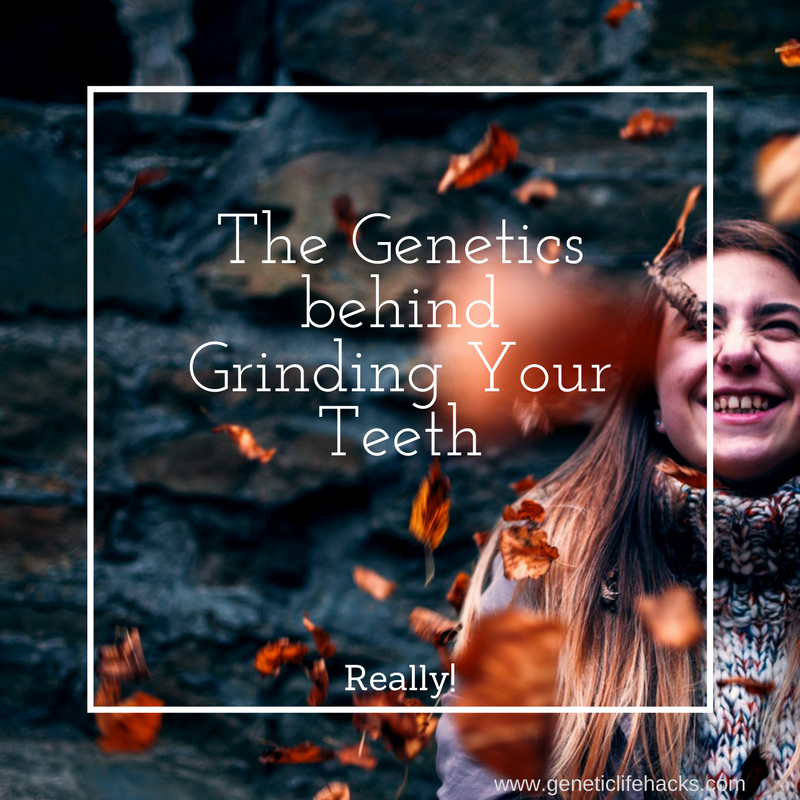 It never fails to amaze me how many of our quirks and traits have a genetic basis.  A study that came out last week caught my eye. Bruxism, teeth grinding, is linked to a genetic variant.

The study, Genetic polymorphisms in the serotoninergic system are associated with circadian manifestations of Bruxism, looked into several polymorphisms in neurotransmitters such as serotonin.  For some people, SSRI’s are effective in helping  control teeth grinding.

The September 2016 study found that a variant in the HTR2A gene, which codes for a 5-HT2 serotonin receptor, is associated with bruxism.  Those with a C allele in rs2770304  were found to have twice the normal risk for bruxism.[ref]

Another study from 2012 of bruxism in a Japanese population found a different variant in HTR2A to be significant.  In that study, a G allele for rs6313 gave a 4 times greater risk for grinding your teeth in your sleep.  [ref]

Both variants are very common and have many other studies associated with them. [ref]

So what can you do with this information? Logically, if you are grinding your teeth and have these variants, you could look into the serotonin system.   Be cautious and read up on serotonin before starting supplements that could affect your neurotransmitter levels.  Honestly, it is not clear to me whether it would be better to try to stimulate more serotonin or to try to decrease serotonin for bruxism.  Tryptophan is an amino acid that may increase serotonin, as well as 5-HTP. [ref]  So talk with your doctor and get your serotonin levels checked.