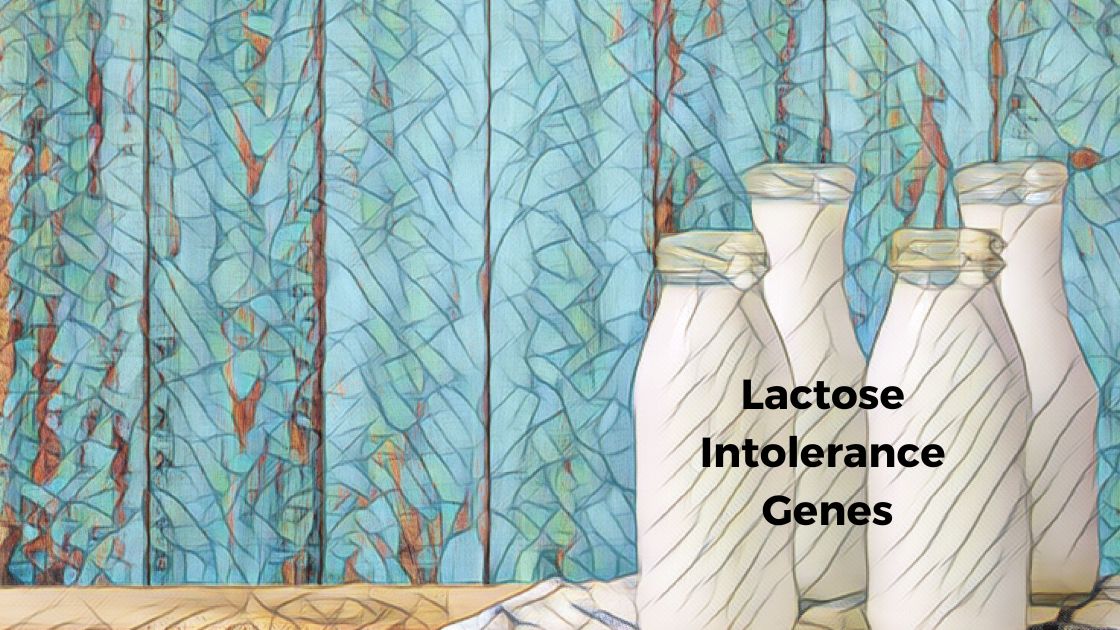 Key takeaways:
~ Your genes control whether you will likely produce lactase as an adult.
~ It’s easy to check your 23 and Me raw data to see if you are likely lactose intolerant.
~ Even if you don’t produce lactase, your gut bacteria make it possible to break down some dairy.

Lactose, a sugar in milk, is broken down by lactase, an enzyme produced in the small intestines. This is how babies can digest breast milk.

While essential for babies and children to be able to break down lactose, for many people, the production of the lactase enzyme stops before adulthood.

Whether or not you still produce lactase as an adult is based on your genes. A genetic variation near the LCT gene drives the persistence of lactase.

Thus, many adults are genetically predisposed not to be able to digest larger quantities of milk, also known as lactose intolerance. Others may be able to consume all the dairy that they wish to with no digestive problems.

Personally, I had always thought it a bit strange when people drink a big glass of milk with dinner. It just didn’t appeal to me…. yuck. I never thought about lactose intolerance, though, because I still drink small amounts of milk in my coffee and cereal. It turns out that I am one of those people who doesn’t produce lactase as an adult. I rely on bacteria in my gut to break down lactose, so I naturally steer away from drinking a lot of milk at once.

What exactly is lactose?

Without lactase to split up lactose, it ends up traveling through your intestines and feeding your gut microbes. An overabundance of lactose can disrupt your microbial balance – giving you bloating, cramping, and even diarrhea.

The percentage of the population with genetic variations differs quite a bit among people with different backgrounds.

A theory for this occurrence seems to be an adaptation by Caucasian populations in Europe who relied on dairy products as a source of protein. Those born with the LCT variant could thrive on the higher protein afforded by dairy products. This made it a survival advantage to digest dairy in areas where sheep and cattle were used for milk.

For people with European Caucasian ancestry, the main variant to look at is rs4988235. It is located in the MCM6 gene, which influences the LCT gene. Approximately 90% of Caucasians will have A/A or A/G and still produce lactase to break down milk as an adult. In Asian populations, less than one percent will carry the G allele.

People with African ancestry may find that they carry a different variant (rs145946881) in the MCM6 gene that also causes lactase persistence as an adult.

Bacteria in the gut can also break down lactose, so even those who don’t produce lactase can often handle digesting limited amounts of milk.

For people of African ancestry, a different variant of the MCM6 gene occurs in about 10-25% of the population and is associated with being able to produce lactase as an adult.

Rare mutations: A very small number of people may also have a rare mutation (not covered by 23andMe or AncestryDNA) that causes the lactase gene not to function at all, even in childhood.

The foods highest in lactose are dairy products. Milk and buttermilk contain about 12 g/cup. A cup of evaporated milk contains about 25 g of lactose. Ice cream varies by brand, because some brands add in extra lactose. [ref]

Butter and cream contain virtually no lactose, and hard cheeses are usually pretty low in lactose as well.

Yogurt does contain lactose, but it also contains Lactobacillus bacteria that can break down the lactose. Many people with lactose intolerance do fine with some yogurt.

Probiotics to the rescue!

Shining Genetic Light on Your Vitamin D Levels
Your vitamin D levels are impacted by sun exposure and your genes. Learn more about how vitamin D is made in the body and how your genetic variants impact your levels.

Do you carry the Hunter-Gatherer or the Farmer Genetic Variant?
Our ancient ancestors lived much differently than we do today. They were hunter-gatherers, living off of fish, meat, and plant foods that they gathered. A considerable shift occurred when those hunter-gatherers began farming, growing grains, and storing them so that food would be available all year.

Does cilantro taste like soap to you?
Learn how an odor receptor gene influences your taste for cilantro.