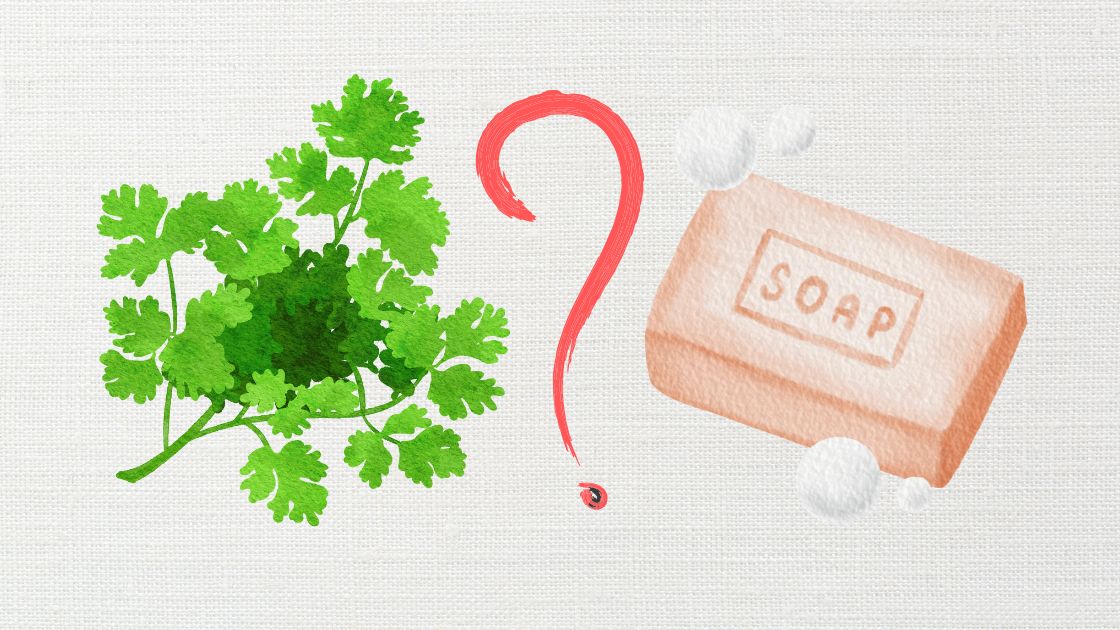 Cilantro is one of those “love it or hate it” herbs. Some people go nuts for it and add it to everything. Others will meticulously pick every green leaf out of their pico de gallo before eating.

A genome-wide study looked at the genes of over 25,000 people to determine which genes were involved in thinking that cilantro tastes like soap.

Genome-wide association studies are now possible with huge amounts of data and computing power. They take away any preconceived ideas of which genes should be associated with a trait or disease — and they look at everything.

For the soapy taste of cilantro, the gene turned out to be an odor receptor instead of a taste receptor![ref]

Humans have around 400+ different olfactory receptor proteins coded for by our genes. So far, only a small portion of these receptors have been mapped to specific odors.

How do odor receptors work?

The olfactory receptor proteins are receptors on the surface of certain cells that can bind with specific molecules. When the odorant molecule binds to the receptor, it triggers actions within the cell, causing signals to be sent to the olfactory center in the brain.

These receptor proteins, located in airway passages such as the nose, let your brain know that you are smelling something. Most odor receptors can bind to multiple different molecules, and how well the molecules bind gives rise to the strength with which you perceive an odor.

The odor receptor identified for the soapy taste of cilantro binds to several of the molecules that give cilantro its characteristic smell.

OR6A2 gene:
It turns out that an olfactory receptor gene variant may play a role in how we perceive it.[ref]

What else can I learn?

Your taste in cilantro is just the tip of the iceberg of what you can learn from your genetic raw data.