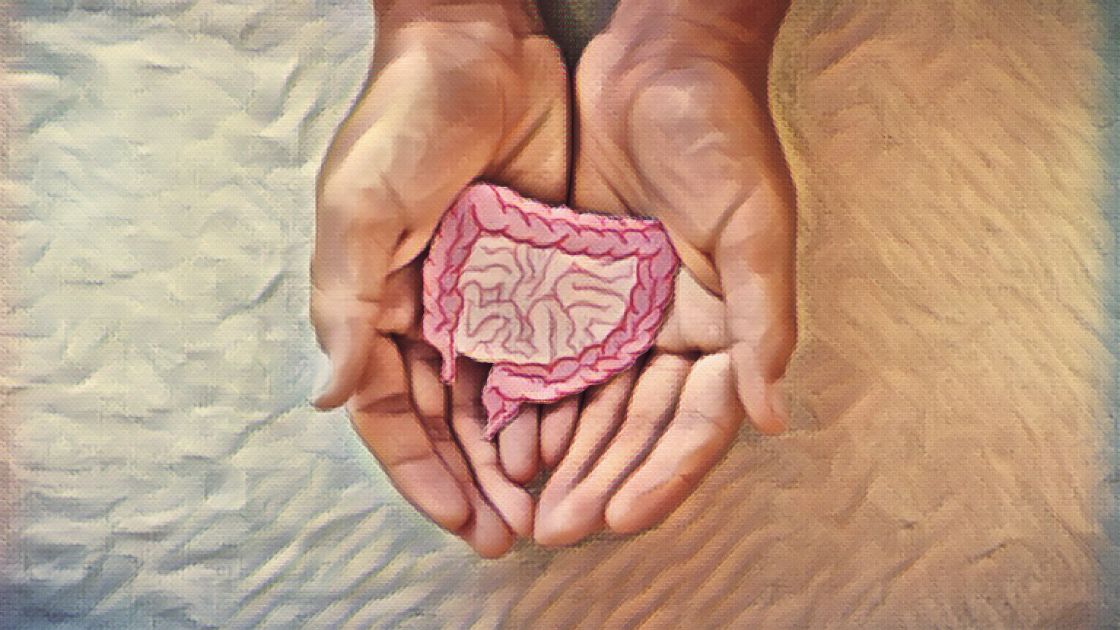 Our genes and our environment both contribute to our gut microbiome, allowing some species to flourish and keeping others away. How does this all come together to cause the diseases that plague our modern society?

Research over the past decade shows that emulsifiers in common food products can lead to low-grade inflammation in the gut, especially when combined with certain genetic variations.[ref][ref]

Let’s dive into what these food additives do in the gut and how the alterations caused by gums and emulsifiers increase intestinal inflammation.

Emulsifiers help solve the age-old problem of getting water and oil to mix. Consisting of a water-loving and oil-loving end, emulsifiers are molecules that are attracted to both oil and water.  Egg yolks are an example of a natural emulsifier.

Some of the first emulsifiers patented for use in foods were a derivative of fatty acids called mono- and diglycerides. Several patents from the 1930’s show mono- and diglycerides being used for shortening – you know, like the Crisco your mom used to use in cookies. Cottonseed oil was cheap and abundant and became the oil of choice in shortening, used instead of lard in baking bread, cakes, and cookies.

These days, emulsifiers are used to make food shelf-stable with a good texture. You’ll find emulsifiers on the ingredients labels for:

Emulsifiers can also act as surfactants, which reduce surface tension. Surfactants are commonly found in detergents. A good example is how a drop of dish detergent breaks up the grease in a pan.

The following emulsifiers/surfactants are common ingredients in processed foods.

Carboxymethylcellulose is a very common ingredient in foods, especially reduced-fat and gluten-free foods.  It is also commonly found in ice cream as a stabilizer. [ref]

Polysorbate 80 is a surfactant and emulsifier used in foods and cosmetics. Ice cream often includes polysorbate 80 (up to 0.5%) to help it stay smooth. It is also found in most pickles and pickled products.

The acceptable daily intake (World Health Organization) is 25 mg/kg body weight/day, acute toxicity is low, and it is not considered cancer-causing.[ref]

A 2021 study investigated 20 more emulsifiers to see the impact on the gut microbiome. The results showed a couple of important results:[ref]

Leaky Gut and the Intestinal Barrier

The intestinal wall is lined with epithelial cells along with a mucosal barrier to keep out microbes and to protect against digestive enzymes.

This mucosal barrier keeps microbes away from the epithelial cells and thus out of the body’s circulation. The microbes in our guts are important and perform a variety of functions for us, including making some vitamins and short-chain fatty acids. But they have to stay in the right spot in the gut…

The mucosal barrier is really two layers – an inner layer that is firmly attached and an outer layer that is thicker and looser.  The inner layer has few bacteria in it and contains secreted peptides that are antibacterial.  The outer mucosal layer contains many different types of gut bacteria.[ref]

When the intestinal mucosal barrier is disrupted, your immune system gets activated by microbes in the gut, causing an inflammatory response.

This can lead to autoimmune and inflammatory conditions such as food intolerances, IBD, and diabetes.

So, if a dysfunctional mucosal barrier can cause intestinal and autoimmune disorders, what does a thinner than normal barrier do? According to a scientist at Georgia State University, it causes low-level inflammation, which could be driving weight gain and metabolic syndrome.

Studies of Emulsifiers and the Gut Microbiome:

Decades ago, researchers investigated the toxicity and cancer-causing properties of carboxymethyl cellulose, hydroxypropyl methylcellulose, and polysorbate 80.[ref][ref][ref] These emulsifiers were found to be acceptable for use as food additives.[ref][ref][ref] They have been identified as safe for human consumption by the FDA.

But several new studies within the last couple of years have been looking at the chronic, low dose effect of emulsifiers on the intestinal mucosal barrier. These studies paint a new picture of the health effects of emulsifiers.

Studies on chronic effects of emulsifiers/surfactants:

3. Food additives such as emulsifiers, organic solvents, gluten, and nanoparticles used in processed food increase intestinal permeability. Essentially – they caused leaky gut, which may explain the rise in autoimmune diseases.[ref]

4. One study looked at the effect of non-starch polysaccharides vs. food emulsifiers on the ability of E. coli to the mucosa in the intestinal tract. They showed:[ref]

5. Research (in mice) demonstrates that “regular consumption of dietary emulsifiers, carboxymethylcellulose or polysorbate-80, exacerbated tumor development…. We found that emulsifier-induced alterations in the microbiome were necessary and sufficient to drive alterations in major proliferation and apoptosis signaling pathways thought to govern tumor development.”[ref]

6. In a recent animal study, both carboxylmethylcellulose and polysorbate 80 altered the intestinal mucosa, impacting barrier and structural properties. This changed the way that bacteria, such as E. coli, interacted with intestinal tissue.[ref]

The key to whether emulsifiers cause intestinal barrier leakiness in people may on genetics. Some (perhaps most) people can eat foods containing emulsifiers without any issues.

The mouse studies (above) that link emulsifiers to decreased mucosal barrier and inflammation in the gut all focused on genetic variants in IL10 and NOD2. These two genes, in humans, are strongly linked to inflammatory bowel disease.

IL10 is the gene that codes for interleukin 10, an anti-inflammatory cytokine. It prevents the immune system from reacting too strongly or inappropriately, keeping autoimmune reactions in check.

It has been known for more than 20 years that “In the absence of IL-10, spontaneous mucosal autoimmunity develops, while the effect on systemic autoimmunity is far more muted”.[ref]

HLA-B27: Genetic Variant That Increases Susceptibility to Autoimmune Diseases
This article covers background information on HLA-B27 and the genetic variants available in 23 and Me or AncestryDNA data.

Histamine Intolerance & Genetics: Check Your 23andMe Raw Data
When your body has too much histamine, it can cause symptoms known as histamine intolerance, which includes impacting the gastrointestinal system.

FODMAPs: Genetic interactions
If a FODMAPs diet isn’t working for you, the reason may be due to your genetic variants.