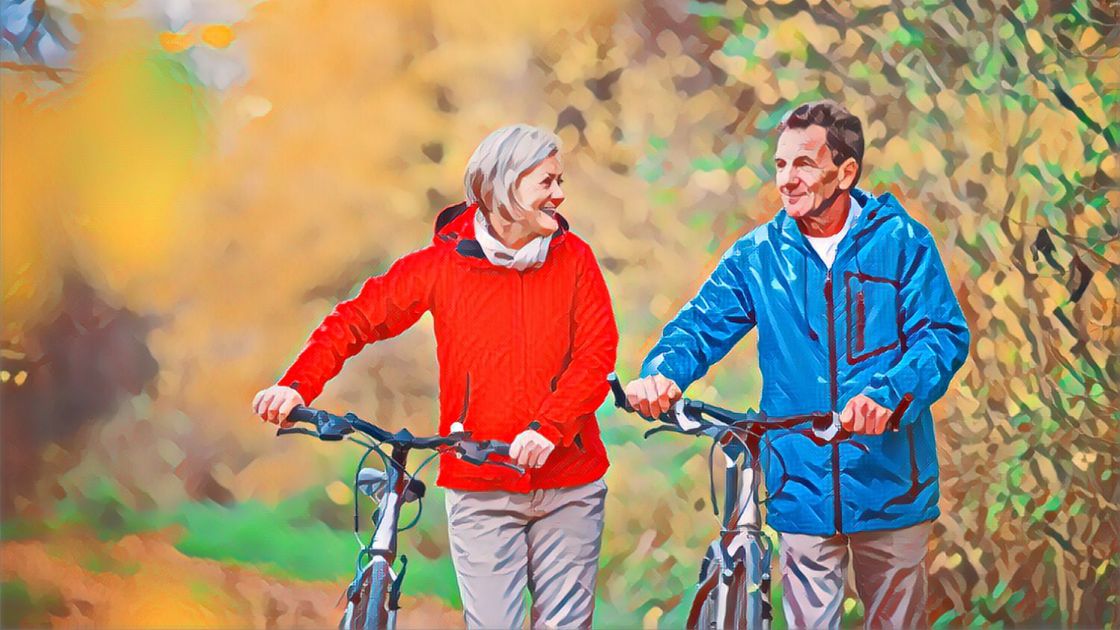 Parkinson’s disease (PD) is a neurological disorder caused by the degradation of dopamine-producing neurons in a part of the brain called the substantia nigra. PD affects up to 10 million people worldwide.

Symptoms of Parkinson’s include motor system related symptoms, such as tremors (usually in the hand), problems with balance and walking, problems with moving limbs, and also non-motor symptoms such as depression, sleep problems, and dementia. Loss of the sense of smell is often an early symptom that may happen several years before any of the motor symptoms.[ref]

The underlying causes of Parkinson’s disease (PD) are not yet completely understood, but researchers think it is caused by a combination of genetics and environmental factors for most people.

There are two categories used for Parkinson’s:

Environmental causes linked to PD include exposure to specific toxicants.[ref] It is likely that these causes are also tied to genetic susceptibilities, such as the ability to detoxify the toxicants.

Paraquat is a herbicide linked to increasing the risk for PD.[ref] It is still in use in the US, but the EU banned it in 2007. The EPA explains that Paraquat is one of the most widely used herbicides in the US. It is used as a weed and grass killer both in commercial and residential settings.[ref]

Maneb is a fungicide linked to increasing the risk of PD.[ref] It is often used to create Parkinson’s in animal research. Mancozeb is another formulation of Maneb, and it is sold under a variety of brand names. It is used for potato blight, downy mildew on grapes, and other plant fungal diseases.

Trichloroethylene (aka trichlor) is another chemical that is linked to PD.[ref] It is an industrial solvent and is used in refrigerants. Initially, trichloroethylene was used as an anesthetic alternative to ether and chloroform. Better anesthetics have come along, and trichloroethylene is no longer used because it had a nasty side effect of cardiac arrhythmia and neurologic dysfunction. The EPA now lists it as having both carcinogenic and non-carcinogenic health effects. The main route of exposure is contaminated drinking water in areas near industrial spills or landfill leaks.

Twin studies help researchers determine whether a disease is genetic or caused by an environmental factor. The risk of solvent exposure was made clear in a study of 97 twin pairs where one twin had PD and the other didn’t. Exposure to trichloroethylene increased the risk of PD by 6-fold, and combined exposure to perchloroethylene and carbon tetrachloride was also found to increase the risk of PD significantly.[ref]

Organophosphate exposure is also linked to Parkinson’s risk. Chlorpyrifos and other organophosphates increase the risk of Parkinson’s disease, depending on the amount of exposure and the genetic variants the person carries.[ref][ref][ref]

Cigarette smoking has long been linked in epidemiological studies to decreasing the risk of Parkinson’s disease. Of course, smoking is not a good preventative measure since it will likely cause heart disease or lung cancer.

Researchers have been dialing in on why smoking cigarettes seems to reduce the risk of Parkinson’s and have determined it is due to nicotine exposure.

Researchers discovered that variants in the synaptic-vesicle glycoprotein 2C (SV2C) impact the degree to which smoking is inversely associated with PD.[ref] Animal research also shows that knocking out the SV2C gene takes away the positive effects of nicotine on dopaminergic neurons.[ref]

Head trauma as a cause?

Head trauma has been suggested as a potential cause of Parkinson’s disease. While traumatic brain injury has been linked to an increased risk of developing the disease, the exact connection is still unclear.

A recent animal study attempted to determine how repetitive mild traumatic brain injury (mTBI) could cause Parkinson’s symptoms. The results showed that repetitive, mild TBI caused aggregation of phosphorylated Tau protein in the substantia nigra of the animals. However, the researchers found mild TBI did not cause fibrils or Lewy body-like alpha-synuclein. The conclusion was that repetitive, mild TBI might add to pre-existing problems with misfolded alpha-synuclein.[ref]

REM Sleep Behavior Disorder (RBD) is a condition characterized by intense and frequent physical movements during sleep. People with RBD may act out their dreams, such as kicking, punching, or jumping out of bed. They may also experience sleep talking, sleepwalking, and other unusual behaviors while asleep.

Normally during REM sleep, muscles are paralyzed through the activation of two systems: one controlling the input to the spinal cord to prevent muscle movement and the other controlling motor cortex activation.

In people with RBD, researchers think there is an abnormal disinhibition in the pyramidal motor tract. Brain imaging studies show that changes are going on with multiple neurotransmitters, including the cholinergic, noradrenergic, and dopaminergic circuits.[ref]

Importantly, people with RBD have options for treatment and should talk with their doctor and a sleep specialist about determining the cause of RBD and the best options.

Genetic research links mutations in the SCNA and GBA genes (below) to an increased risk of REM sleep behavior disorder.[ref] Notably, other Parkinson-related genes, such as LRRK2, were not linked to RBD, which may indicate more than one pathway is involved in PD.

Circadian rhythm dysregulation is linked to many of the non-motor symptoms in PD. These issues often occur years before motor-related symptoms (tremors, gait issues) occur.

Your circadian rhythm – your 24-hour body clock – is set by the increasing and decreasing amounts of two pairs of genes. The CRY and PER genes control what is known as the ‘negative arm’ of the clock, and their levels rise at night. The BMAL1 and CLOCK genes make up the positive arm of the circadian clock, and they are maximized during the day.

These pairs of genes control the expression of thousands of different genes in the body. The sleep-wake cycle is an obvious example of circadian rhythm, but additionally, your hormones, body temperature, neurotransmitter levels, digestive enzymes, detoxification enzymes, and even heart rate are controlled by your circadian rhythm.[ref]

Researchers estimate that 45% of PD patients suffer from depression and anxiety. Sleep rhythm is often disrupted, and the decreased REM sleep is tied to the mood changes in Parkinson’s.[ref]

Animal models of PD show that the circadian rhythm in the substantia nigra is completely gone, and the NLRP3 inflammasome is activated. Significantly, drugs that target specific circadian genes can partly reverse the loss of dopaminergic neurons (in animals).[ref]

Members: Log in to see your data below.
Not a member? Join here. Membership lets you see your data right in each article and also gives you access to the member’s information in the Lifehacks sections.

Keep in mind:
The genetic variants do not cause Parkinson’s on their own. Rather, exposure to environmental factors and genetic susceptibility are thought to lead to PD.

The rare mutations in LRRK2 and GBA are not guaranteed to be clinically accurate from AncestryDNA or other data. If your data shows a rare mutation, you should talk with your doctor and consider family history to see if a second test to confirm is warranted.

LRRK2 gene: Mutations in this gene are linked to a higher risk of Parkinson’s disease. There are rare mutations that lead to early-onset disease. Of the LRRK2 variants listed below, the G2019S variant listed first causes the most significant increase in risk, and it may be one that you should talk to your doctor about getting a second genetic test to confirm.

Note: This genetic variant may be misreported on AncestryDNA v2 data.

SNCA gene: alpha-synuclein is found in the terminal of neurons.

Check your genetic data for rs356218 (AncestryDNA only):

First, let me make it clear that you should always talk with your doctor if you suspect you are in the early stages of Parkinson’s disease. Healthcare providers can prescribe many medications to delay the progression of the disease. The lifehacks listed here are things to consider – along with whatever treatment course you’ve decided on with your doctor.

Get Your Circadian Rhythm In Sync:

One of my biggest takeaways from reading the research on Parkinson’s disease is that circadian rhythm is both crucial and also a lifestyle factor that can be optimized.

This article on circadian disruption in Parkinson’s explains that dopamine plays a vital role in circadian rhythms. Parkinson’s disease patients are likely to exhibit quite a few circadian rhythm disorder symptoms, including sleep disorders, body temperature decreases, and autonomic system disruptions such as blood pressure disturbances.

Let me further explain the reason for blocking blue light at night:
Light in the blue wavelengths (~480nm) signals through photoreceptors in the retina that it is daytime. It blocks melatonin production and resets your circadian rhythm for the day. Beyond melatonin, there is a circadian rhythm to dopamine as its levels rise and fall over the course of a day. Animal studies show that constant light exposure disrupts the rhythm of dopamine production.[ref]

BChE: Nightshade sensitivity, Anesthesia risk, and more
The BCHE gene codes for the butyrylcholinesterase enzyme. The BChE enzyme circulates in the plasma of the blood. It is a cholinesterase that breaks apart choline esters, such as acetylcholine.

Using your genetic data to solve sleep problems
A good night’s sleep is invaluable – priceless, even – but so many people know the frustration of not being able to sleep well regularly. Not getting enough quality sleep can lead to many chronic diseases, such as diabetes, obesity, dementia, and heart disease. Yes, sleep really is that important!