Blue-blocking Glasses: Why? Which ones? 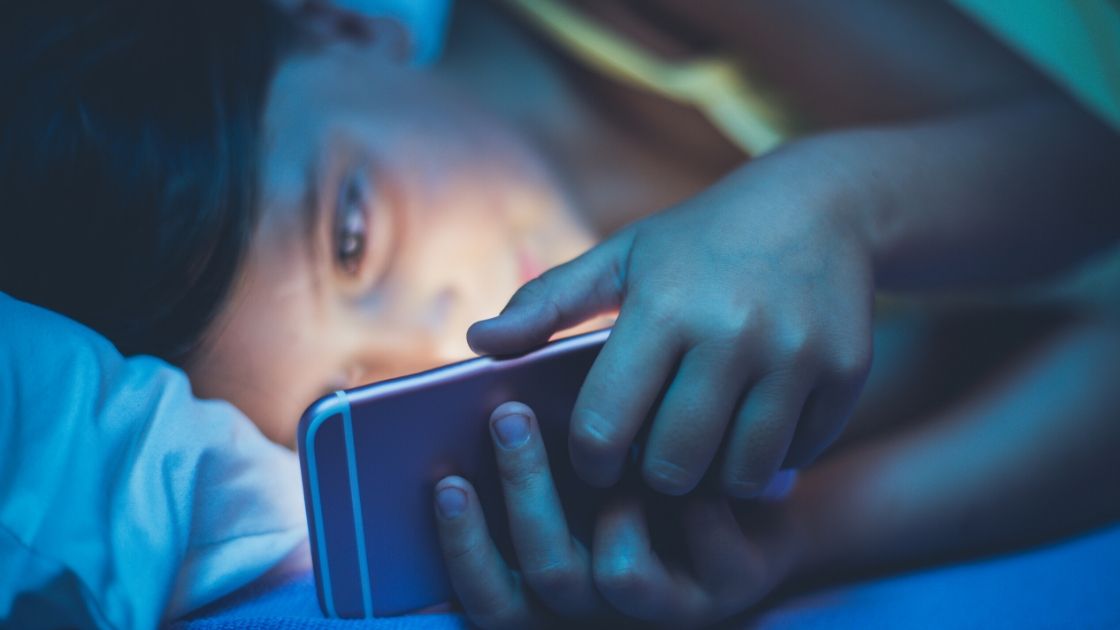 The biggest overall action you can take for your health, in my opinion, is to optimize your circadian rhythm.

Yes, that is a big statement when there are so many other things you can do for your health such as eating organic, lifting weights, and eliminating toxins. Those are all good things…

But I truly think that most people will get the biggest health and wellness benefit from optimizing their circadian rhythm.

Optimizing circadian rhythm starts by blocking out light in the blue wavelengths at night.

Let me convince you with some dazzling science, and then I’ll explain what some of your options are for blue-blocking glasses.

The science behind blocking blue light at night

For thousands upon thousands of years, humans lived with fire being the only source of light at night. Whether from candles, gas lanterns, or fireplaces, the light from a flame creates almost no light in the blue spectrum.

Fast forward to just over a century ago when electric lights began to light up big cities. Now think about the changes in just the past couple of decades with cities now being lit at night by bright LED streetlights. Inside our homes, the outpouring of light in the blue wavelengths from all of our TVs, laptops, tablets, and cell phones is overwhelming us at night.

So what is the problem with light in the blue wavelengths at night? It turns out that in our retinas are photoreceptors that are specifically set to detect light at about 480 nm (blue wavelengths). These non-image forming photoreceptors send a signal to your core circadian clock in your brain saying ‘it is daytime’.

Prior to bright artificial light at night, there was never a time when those receptors in our eyes would be exposed to blue light at night. So we — and almost all animals — have an elegant system set up to keep our daily rhythm on track with the sun, which was our only source of light in the 480nm blue wavelength since the beginning of our history.

Melatonin is suppressed by light:

One key player here is melatonin, which is supposed to increase as the sun goes down. Exposing your eyes to blue light at night significantly decreases melatonin production. Melatonin is a lot more than a ‘sleep hormone’ – it is an antioxidant protecting your mitochondria and DNA from damage, it is a signaling molecule for insulin release at night, and it acts within the immune system to enhance its function.

Your body’s circadian clock controls so many functions in the body — from the obvious sleep/wake cycle to the changes in body temperature and heart rate over the course of a day. Researchers now estimate that a large percentage of your body’s systems — from liver enzymes to insulin release to cortisol — all are controlled by your core circadian rhythm.

Artificial light at night is disrupting this whole circadian system, telling us that it is daytime when it is actually night.

Think of your core circadian clock as a maestro that is conducting the orchestra of your body. If the percussion section (let’s say that is the liver) is out of sync with the violins (e.g. the pancreas), the orchestra can still play on, but it won’t be harmonious music.

One of the reasons that I’ve put blocking blue light at night at the very top of my ‘health’ list is the widespread impact of circadian disruption on chronic disease.

A lot of this research has come out within the last three or four years, so don’t get irritated that your doctor didn’t mention it to you.

Melatonin plays an integral role in the pancreas in modulating insulin release at night. Both eating later at night and not having the rise in melatonin due to blue light can cause insulin resistance, leading eventually to diabetes. (good review of the science)

Your blood pressure rises and falls over the course of the day in an important, constant rhythm. Disruption of that rise and fall can increase the risk of heart disease. Melatonin also acts as a free radical scavenger at night, helping to prevent atherosclerosis. [ref][ref][ref]

While mood disorders are multi-factorial diseases, circadian disruption can be a root cause of depression and bipolar disorder for people who are genetically susceptible. Dim light at night (like from streetlights through your bedroom window) has been linked to depression in several studies as well. [ref][ref][ref][ref][ref][ref]

For the first few nights, I really didn’t notice much of an effect from wearing blue-blocking glasses.

After a week of wearing the glasses every night for two hours before bed, I found that I was sleeping like the proverbial log.  Then came a week or so of vivid dreaming.

The next week or two, I found myself waking early and in a really good mood. Like a humming to myself in the kitchen while making a cup of coffee at 6-am type of mood. It may have been termed “irritatingly pleasant” — with an expletive or two thrown in there – by certain family members…

It turns out that dopamine production is also controlled by the circadian clock and melatonin production. I think I was on a dopamine high for a bit.

A general rule of thumb — you are looking for glasses with orange/amber/red colored lenses that block out 100% of blue light. There are many glasses labeled as blue-blocking that only block out a little bit of blue light; these are great for daytime use when you are using a computer all day and experiencing eye strain.

To be effective at night, you need to block almost all of the blue light (around 480 nm).

This is what I started out with since I didn’t want to invest a lot of money in case I didn’t see a real benefit. These are safety glasses with orange lenses that are inexpensive and block 100% of the blue light.

Better and not all that expensive:

After a few months of wearing the inexpensive safety glasses, I was convinced that I would never go back to not wearing blue-blockers at night. So I upgraded to a pair that looked more like sunglasses. They are more comfortable and fit my head better than the safety glasses.

There are several options available online in the $30 range. Things to look for: 100% blue-blocking, good reviews, and a style that you like.

Best and a little more expensive:

Stepping up a little in price brings some higher-quality options.

TrueDark glasses sent me a pair of their Nightwalkers to try out. They look and feel like a really high-quality pair of glasses! While TrueDark doesn’t block 100% of blue wavelengths (only about 90%), they block a wider range of wavelengths up into the green spectrum. There have been a couple of recent studies that indicate that in addition to the blue wavelengths shutting down melatonin through the non-image forming photoreceptors, other circadian effects may be influenced by overall brightness at night. [ref][ref] The TrueDark glasses block out a lot more of the overall illuminance, and I think this should offer an overall benefit.

The lenses and frames on the TrueDark glasses are well made with the details you expect in high-quality glasses. There are a couple of options on styles as well.

While I haven’t personally tried them there are a couple of other higher-quality brands with good reviews: Swanwick and Carbonshade.

If you already wear glasses:

TrueDark has a built-in system where you can clip in your prescription lenses (removed from their frames) into the TrueDark glasses.  It is a nifty option, especially if you have an old pair of glasses that you can pop the lenses out of.

There are clip-on and fit-over options if you already wear glasses.

Testing out your blue blockers:

Have glasses that you want to test out to see if they are blocking the light in the 480 nm range?  Below is a color spectrum that shows what color of blue that is. It is a little bit difficult to tell how well glasses work, though, because computer screens are all a little different. For me, it is also the exact color of blue as the LED indicator light on my dishwasher, which is completely blocked by my blue-blocking glasses. My Keurig lights up with a similar color of blue and the blue-blockers almost completely eliminate that glow.

Are you exhausted by shift work? It could be genetic.