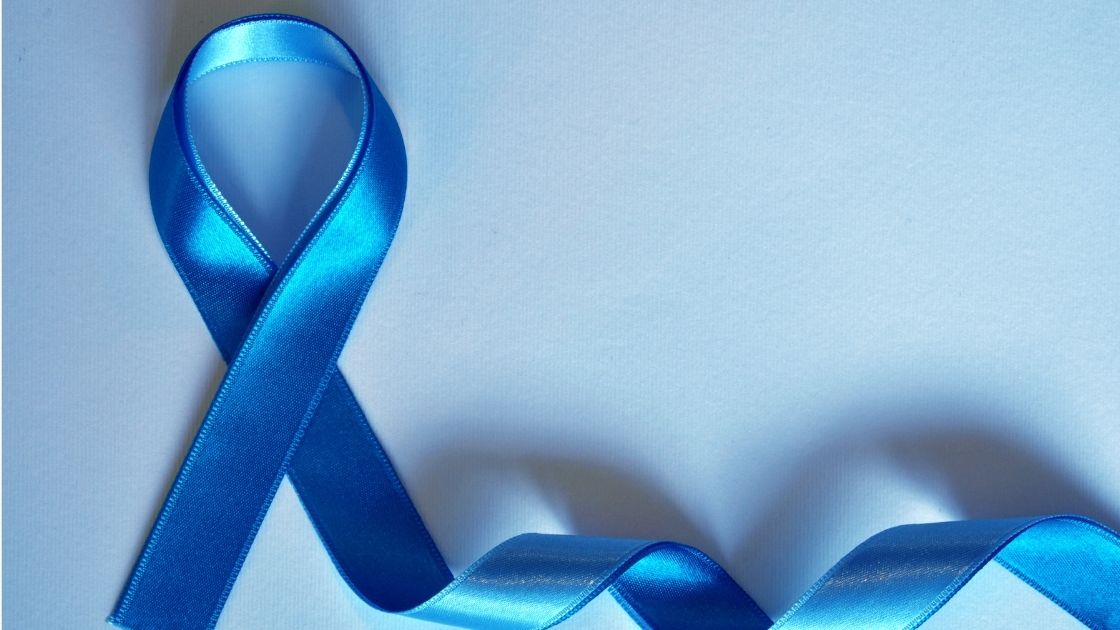 Lynch syndrome is an inherited susceptibility to certain types of cancers. It is due to inherited mutations in genes that are important for stopping the replication of cancerous cells.

Before we begin: All of the information in this article is for educational purposes.  First and foremost, talk with your doctor about any and all health questions that you have. Before implementing any new strategies for mitigating your cancer risk, please talk with your doctor to make sure that it is the right move for you.

Everything here is fully referenced, and you are highly encouraged to read through the references for all the specific details. Whenever possible, open-source research papers are referenced.

How does cancer occur?

Cancer remains a general term encompassing a wide range of pathologies — but the common thread is the unchecked growth of tissue. The cancerous cell divides over and over, out of control.

In normal cell division, the 3 billion pairs of nucleotide bases have to be copied correctly and incorporated into the nucleus of the new cell.

Mistakes happen. In the case of DNA replication, mistakes happen at a rate of 1 per every 100,000 nucleotides copied.

Not to worry, our cells have a complex system of checks and balances to make sure the DNA in the cell nucleus is copied correctly and repaired or corrected if it wasn’t right.[ref]

Cells in the body are replicating their DNA and dividing to form new cells all the time. It’s an ongoing process that happens rapidly in some tissues (skin, intestinal cells) and much more slowly in other tissues (heart muscle cells).

Cellular growth is tightly regulated in the body.  The proto-oncogene term applies to genes that are in charge of cell growth. When mutated, they can become cancer-causing genes (known as oncogenes).

For a proto-oncogene involved in cell growth to become a cancer-causing oncogene, a mutation has to occur causing it to increase its function. Basically, the gene gets turned on, and signals for continued growth and cell division.[ref]

Cells have a way to catch the replication errors and correct them.

One way that cells do this is through what is called mismatch repair, which happens immediately after the new strand of DNA is synthesized during cellular replication. The mismatch repair pathway can then correct the new DNA to match with the parent strand.[ref]

This is where the mutations causing Lynch syndrome comes into play.

Lynch syndrome is caused by mutations in the mismatch repair (MMR) genes. It is one of the most common heredity causes of cancer.

Lynch syndrome is caused by having just one mutation in an MMR gene (called autosomal dominant). The second copy of the gene works fine and protects cells from cancer-causing mutations.

But, just having one working copy leaves the cells vulnerable. If a mutation arises that causes the working copy of the MMR gene to malfunction, then the risk of cancer increases dramatically.

Determining if you have the Lynch syndrome mutations:

If early cancer (especially endometrial, ovarian, colon) runs in your family, talk with your doctor about getting a genetic test for Lynch Syndrome. If you are unable to get tested through your doctor, there are other options to order testing on your own (e.g. Color.com, Invitae, and other companies).

While I’m almost always a proponent of using 23andMe or AncestryDNA data to the fullest extent, in the case of hereditary cancer syndromes, I don’t recommend using your raw data file.

First, the data is not guaranteed to be clinically accurate. For rare mutations, such as those for Lynch syndrome, the possibility of a false positive is real. Additionally, there is not as much research on people with rare mutations (’cause they are rare), and seeking professional advice from a genetic counselor is a good idea. They can explain what is actually known and what is conjecture.

Lynch syndrome is often described as a “generally higher risk for cancer”.

It turns out that all of the Lynch syndrome mutations aren’t equal. One mutation causes a greater risk for colon cancer, which another may increase the risk more for ovarian cancer. Research can give you a better picture of exactly which cancers you are most at risk for based on which mutation you carry.

Examples of how the risk varies by mutation and by gender:

In general, obesity is associated with a greater risk of colon cancer. It turns out, though, that obesity may be a risk factor only for people with certain mutations for Lynch syndrome.

When you read about prevention for Lynch syndrome cancers, a lot of resources focus on cancer screenings. The timing of screenings may depend on which mutation you carry, and your doctor can guide you on what is recommended here for your specific gene mutation.

For example, one publication explains the differences for colon cancer screenings in different Lynch syndrome mutations: “Such guidelines mostly agree that the optimal age at which to begin colonoscopic screening is age 20 to 25, although data that demonstrate comparably lower rates of colorectal cancer for families with germline MSH6 and PMS2 variants (vs. those with MLH1 and MSH2 variants) have prompted some experts to suggest that later initiation of colonoscopies may be safe in this subset of individuals with Lynch syndrome.”[ref]

Catching cancer early is important, and carriers of Lynch syndrome mutations have a higher survival than people with sporadic cancers at the same stage. The 5-year survival rate for hereditary colon cancer is around 95%.[ref]

But… cancer screenings are just catching cancer at an earlier stage. While this is really important, it isn’t really the prevention of cancer in the first place.

Aspirin for the prevention of Lynch syndrome-related colon cancer:

Aspirin and COX-2 inhibitors have been linked in epidemiological studies to the reduction of colon cancer risk.

A long-term randomized controlled trial followed 861 participants who carry Lynch syndrome mutations for up to 4 years. The participants who took 600 mg of aspirin per day for more than two years had about a 50% reduction in colon cancer incidence.[ref]

A ten-year followup after the study still found there were significantly fewer incidences of cancer in the people who received aspirin compared with the placebo arm.[ref]  Current studies are testing to see whether lower doses of aspirin are just as effective.

A study published in JAMA found that women with Lynch syndrome mutations who had used hormonal contraceptives for more than 1 year had a 50% reduction in the risk for endometrial cancer.  This was for women in their reproductive years, and there was no significant risk reduction for hormone use in postmenopausal women in this study.[ref]

Another small study showed that depo-provera decreased “endometrial epithelial proliferation and microscopic changes in the endometrium” in women with Lynch syndrome mutations.[ref]

Talk to your doctor and get some good advice on this one… there don’t seem to be a lot of follow up studies.

Don’t smoke! and avoid drinking a lot of alcohol…

What not to eat:

For colon cancer in Lynch syndrome patients, studies show that what you normally eat does matter.

Your circadian rhythm is the ~24-hour cycle that going on in your body, driving the production of hormones, enzymes, and proteins. When it is dark, the body produces melatonin in large quantities from the pineal gland. While we often think of melatonin as a ‘sleep hormone’, it actually does a lot in the body — including acting as an intracellular antioxidant.

Our body produces melatonin, starting in the evening as the sun goes down. Specifically, light in the blue wavelengths is the “off” switch for melatonin production during the daytime, so the lack of light at night allows melatonin levels to rise. An unfortunate consequence of modern life is that artificial light at night is now everywhere – from your TV, cellphones, and overhead lights to the light streaming into your bedroom from streetlights outside the window.

Things that may not prevent colon cancer for Lynch syndrome:

A diet high in resistant starch theoretically promotes bacteria that produce short-chain fatty acids, which could decrease the risk of colon cancer. But a long term clinical trial of supplemental resistant starch found that it had no statistical benefit in the prevention of colon cancer in people with Lynch syndrome mutations.[ref]

In the discussion about cancer, we need to talk in general about things that can cause DNA damage, resulting in a cancerous mutation arising. Environmental factors such as UV radiation and radon gas can damage DNA, and exposure to cancer-causing agents can also increase the risk of cancerous mutations.

The body has ways to prevent DNA damage from occurring, through an extensive set of enzymes involved in the metabolism of different substances. (Basically, breaking stuff down and getting rid of it.) The genes that code for those enzymes that remove carcinogens are important here.

There are a wide range of genetic variants in the genes that remove toxins from the body. Some of the detoxification gene variants interact with Lynch syndrome mutation to statistically increase or decrease the risk of cancer.

While I’m not going to go into details here on the variants, the overarching picture is one of avoiding toxicants, especially substances that are known to cause damage to DNA.

Avoiding carcinogens is a good idea for everyone, but it can be especially important for people with Lynch syndrome mutations.

Instead of going into the specific variants, I’m going to leave you with a couple of ideas about avoiding toxicants.

I want to end this article with a word of encouragement. There are advances coming out all the time in the fields of genetics and in cancer prevention. I encourage anyone with a genetic condition to keep up with the new research.

Often with a diagnosis, we tend to think it is static, never changing. While the mutation that you carry won’t change, science is moving at an incredibly rapid rate these days. Many genetic conditions now have solutions. So I encourage you to check periodically to see what is new or in the pipeline for Lynch syndrome.

Does eating meat put you at a higher risk for colon cancer?
Recent headlines have touted that meat consumption causes colon cancer. This, of course, has set off Twitter wars between meat lovers and vegetarians, with most people left wondering how this personally affects them. Should they eliminate red meat from their diet? What is the true risk of colon cancer due to meat consumption?

Aspirin, colon cancer, and genetics
Colon cancer risk factors include environmental exposure (diet, toxicants, etc.) as well as genetic variants that increase or decrease your susceptibility. When it comes to preventing colon cancer, doctors often recommend dietary changes, and your doctor may also mention that studies show that taking aspirin regularly also decreases the risk of colon cancer. Personalization is the key here, though, because that protection from aspirin may only be for people with certain genetic variants.