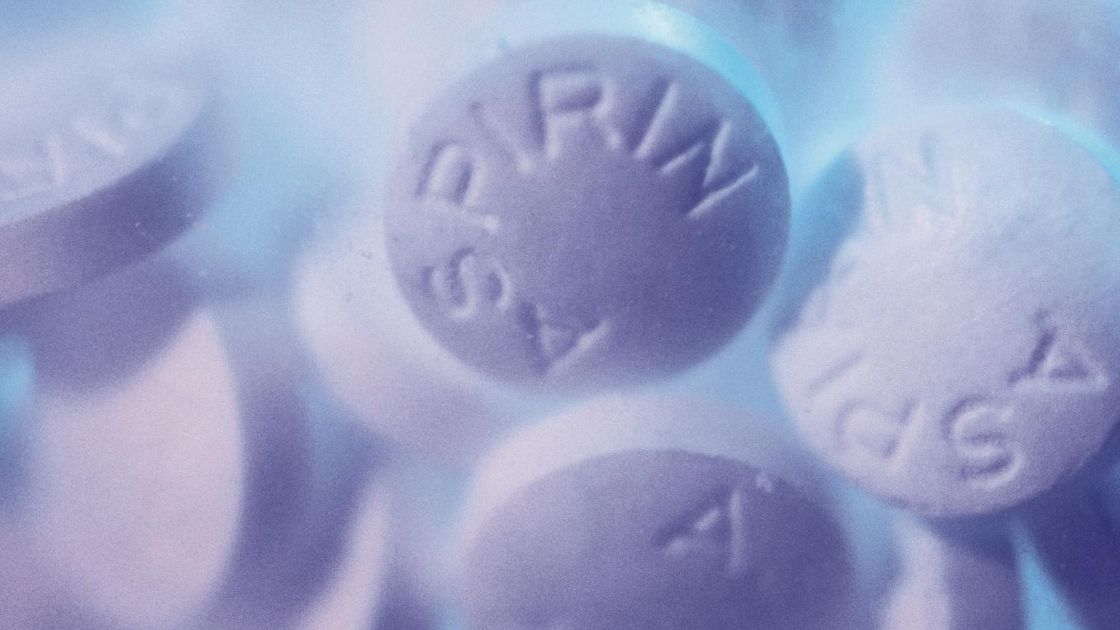 Colon cancer risk factors include environmental exposure (diet, toxicants, etc.) as well as genetic variants that increase or decrease your susceptibility. When it comes to preventing colon cancer, doctors often recommend dietary changes, and your doctor may also mention that studies show that taking aspirin regularly also decreases the risk of colon cancer.  Personalization is the key here, though, because that protection from aspirin may only be for people with certain genetic variants.

Should you take aspirin to prevent colon cancer?

Colon cancer is one of the most common forms of cancer, with a lifetime risk of about 5%. The good news is that survival rates are high for those who detect it early. At later stages, though, the mortality risk is high for metastasized colon cancer.[ref]

Aspirin is dirt cheap and has been used for hundred-plus years. Recently, it has been in the news as possibly preventing several types of cancer, including colon cancer.

The jury is still out, though, on whether or not to recommend aspirin to everyone as a way to prevent cancer.  The American Cancer Society currently only recommends taking low-dose aspirin for colon cancer prevention if you also would benefit from it for heart disease prevention.[ref]

What are the risks of taking aspirin for cancer prevention?

Aspirin is a blood thinner, so frequent use includes bleeding risks. This risk may be a significant detriment for older people who are at a higher risk of colon cancer due to age. For younger people, the risk of gastric bleeding each year is 1 or 2 in a thousand, but this increases to around 7 in 1000 for people over the age of 80.[ref] If you are concerned about the risk of bleeding, you should talk with your doctor and weigh the benefits vs. the risk.

Using genetics to determine the value of aspirin for colon cancer:

It turns out that genetic variants play a significant role in whether aspirin reduces the risk of colon cancer for an individual.

The cyclooxygenase enzymes (COX-1 and COX-2) are involved in inflammatory responses. Inflammation is an important part of the body’s immune response to trauma or pathogens. Problems arise, though, when the inflammatory process doesn’t turn off when it is supposed to.

COX inhibitors decrease inflammation and, thus, the pain associated with it. Aspirin is a COX inhibitor, along with NSAID pain relievers such as ibuprofen. Other natural COX inhibitors include Vitamin D, St. John’s Wort, and fish oil.[ref]

Research shows that COX-1 is usually associated with acute inflammation, which occurs with trauma and pathogens. COX-2 is linked to maintaining that inflammatory response.[ref]

Inhibiting COX-2 alone has been shown in studies to reduce colon cancer.[ref]

While inhibiting COX-2 may reduce colon cancer, research shows that you don’t want to block COX-2 without also inhibiting COX-1. Drugs inhibiting only COX-2, such as Vioxx, seem to increase the risk of cardiovascular events. (Vioxx was taken off the market in 2004 due to a significant increase in the risk of heart attacks and strokes.)[ref]

While research is still ongoing, there are at least two ways that aspirin and other NSAIDs reduce colon cancer risk:

Research shows that variants in genes related to COX2 signaling and colon cancer risk interact with aspirin usage when it comes to colon cancer prevention.

The CCAT2 gene codes for a long non-coding RNA that is important in colon cancer prevention. According to a 2013 study, those with the T allele benefitted from aspirin in the prevention of colon cancer. Those with a T allele who were taking two or more regular aspirin in a week had their risk cut by 40 – 50%.[ref] The T allele also reduces the overall risk of colon cancer[ref]

The TCFL2 gene codes for transcription factor 7-like 2 (TCF7L2). Variants in the gene have been associated with insulin sensitivity and the risk of diabetes. The gene is also involved in the Wnt/β-catenin signaling pathway, which affects colon cancer risk.[ref]

The SMAD7 gene codes for a protein involved in inflammation-related pathways. A genome-wide association study found that variants in SMAD7 were important in colon cancer risk, and a follow-up study found that aspirin or NSAID usage also interacts with these variants.[ref]

Note: Other variants (not tested by 23andMe) also can lead to decreased colon cancer risks with aspirin, so you can’t rule anything out with this information.

Cancer Prevention Strategies for Lynch Syndrome Mutations
Lynch syndrome is an inherited susceptibility to certain types of cancers. It is due to inherited mutations in genes that are important for stopping the replication of cancerous cells.