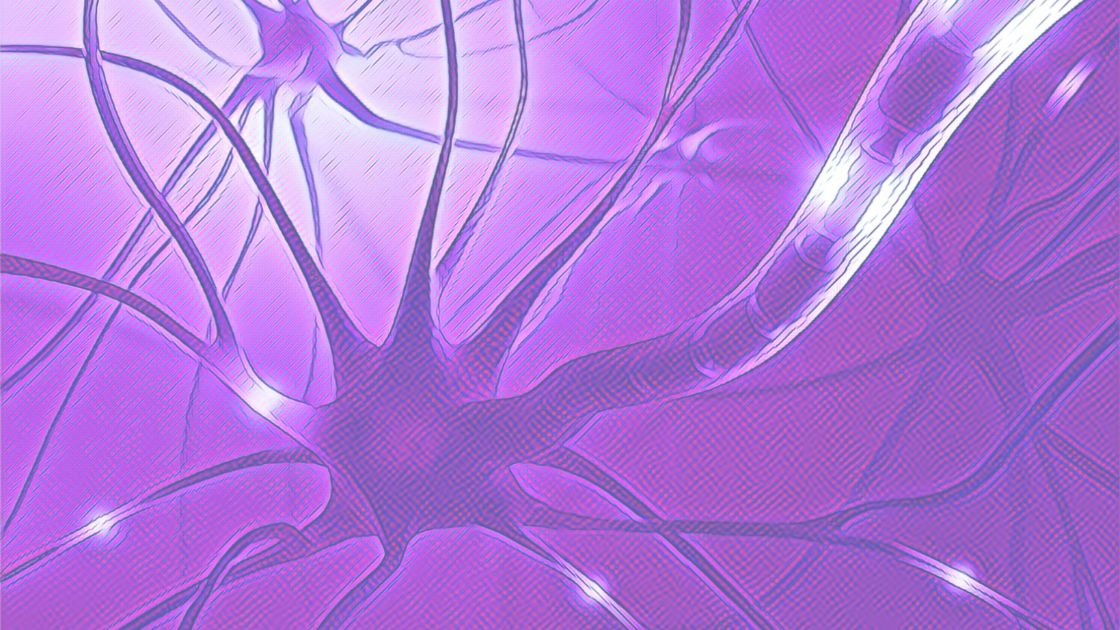 Our immune system is amazingly powerful, protecting us against known and unknown foreign invaders. Occasionally, things go awry, and autoimmune diseases, such as Guillain-Barré syndrome, can occur.

This article dives into the research on Guillain-Barré syndrome, explaining the course of the disease, and covering the genetic variants that increase the relative risk of this serious autoimmune disease.

What is Guillain-Barré syndrome?

Guillain-Barré syndrome is an autoimmune disease that causes weakness in limbs and muscles.

Referred to as ‘acute flaccid paralysis’, people with Guillain-Barré syndrome (GBS) have neuromuscular weakness, usually starting in the feet and legs, that can spread, causing paralysis throughout the body.

Guillain-Barré syndrome is caused by an autoimmune reaction that attacks peripheral nerves, leading to demyelination or axonal damage.[ref] This is an autoimmune disease that usually slowly resolves and doesn’t return. The peak paralysis is usually reached within 4 to 6 weeks.[ref]

Many GBS patients require extended hospitalization. Mechanical ventilation may be required if the paralysis impacts breathing. This occurs in about 30% of Guillain-Barré syndrome patients. Often a feeding tube is needed due to problems with swallowing.

Studies show that 85% of GBS patients regain the ability to walk again. The mortality rate is about 5%, and 20% of patients have continued significant disability from Guillain-Barré.[ref]

The autoimmune reaction in GBS involves antiganglioside antibodies, which attack gangliosides that are necessary for neuronal plasticity. These molecules are similar to sialic acids found in viruses and thus may be attacked after the immune system is activated by a virus.[ref] The autoimmune attack on the peripheral nerves can lead to nerve death or the inability of the nerve to transmit a signal.

How common is Guillain-Barré syndrome?

Guillain-Barré syndrome is an uncommon disease. Around the world, prevalence ranges from <1 to 2 in 100,000 people per year.[ref]

One study in India found that two-thirds of the Guillain-Barré syndrome patients had an identifiable recent infection, such as the chikungunya virus (16%) or Campylobacter jejuni (5%).[ref]

Obviously, not everyone who gets sick from a virus or bacteria will get Guillain-Barré.

A study of 156 GBS patients showed that common symptoms include weakness, paralysis, sensory symptoms, facial paralysis, problems swallowing, and eye problems. About a quarter of the patients were on mechanical ventilation. In this study group, about half of the patients regained the ability to walk after nine months.[ref]

Another study found that all Guillain-Barré patients included in the study had limb weakness in both arms and legs and decreased reflexes in the arms and legs that persisted even in follow-up.[ref]

A study of 45 Guillain-Barré syndrome patients in a Swiss hospital from 2010-2018 showed that IL-8, an inflammatory cytokine, was elevated in patients. This may be a way to differentiate GBS from other demyelinating neuropathies.[ref]

I know this is a touchy topic, and want to tread lightly here. Please don’t take my word, or anyone else’s, on vaccine reactions.

Instead, you can search the VAERS database for the information yourself. The VAERS database contains reports from doctors and people in the United States who have reacted to any vaccine. The database interface is not intuitive, so be sure to read the directions. Additionally, you will need to limit your search to a specific vaccine manufacturer and specific diagnoses because you will get an error message if the results are for more than 10,000 events. Specific search terms related to paralysis, demyelination, autoimmune reactions, or Guillain-Barre hospitalizations will give you the best results. Keep in mind that correlation doesn’t automatically mean causation.

Researchers have found that several genetic variants related to inflammation and the immune response are linked to an increased relative risk of Guillain-Barre Syndrome.

Important note about relative risk: When a disease is rare, a big increase in relative risk may not mean much. For example, if the normal annual rate of GBS is 1 in 100,000 people, quadrupling that risk would mean a risk of 4 in 100,000.

Practically speaking: Even if a vaccine is causing a 10-fold increase in GBS cases and you have a genetic risk variant, your odds of getting Guillain-Barre syndrome are still really slim. Please take this information as being educational and interesting rather than an indication of whether you should take any particular action.

TLR4 gene: encodes a receptor for lipopolysaccharide (found on the cell surface of gram-negative bacteria)

FCGR2A gene: encodes the FcγR IIA receptor, which is an IgG receptor on platelets

ICAM1 gene: encodes a protein linked to demyelinating diseases that attack the myelin sheath around nerves. ICAM1 is a glycoprotein that is expressed on endothelial cells (lining the blood vessels) and on certain cells in the immune system.

CD1E gene: encodes a part of the immune system that is related to the major histocompatibility complex, which helps to identify proteins as ‘foreign’ or ‘self’.

There isn’t a medication, lifestyle change, or supplement for GBS.

Instead, early treatment in the hospital with plasma exchange or IV immunoglobulin seems to shorten the duration of hospitalization.[ref]

Blood clots, platelets, and adenoviruses
An explanation of platelets and the immune system, including how a low platelet count (thrombocytopenia) relates to blood clots (thrombosis) in some instances.

TNF-Alpha: Higher innate levels of this inflammatory cytokine
Do you feel like you are always dealing with inflammation? Joint pain, food sensitivity, etc.? Perhaps you are genetically geared towards a higher inflammatory response. Tumor necrosis factor (TNF) is an inflammatory cytokine that acts as a signaling molecule in our immune system.