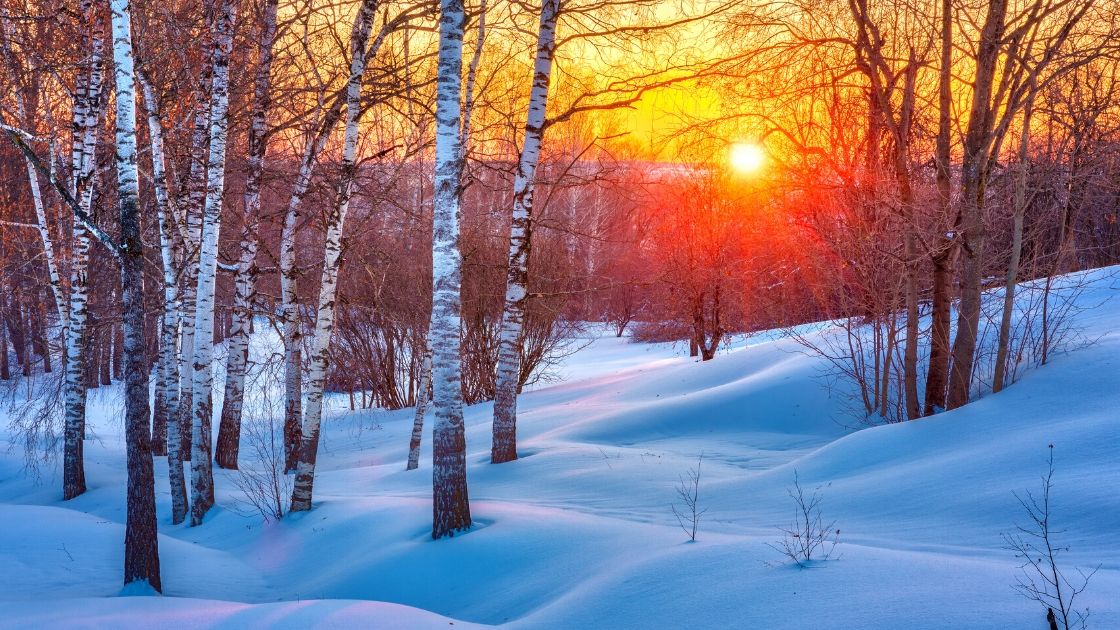 The Winter Blues… It’s often described as a low feeling, generally apathetic, blah, usually accompanied by changes in sleep. Officially called Seasonal Affective Disorder, the change in mood when the days grow short is a fairly common phenomenon in northern latitudes, affecting almost 10% of some populations. Interestingly, research shows that Seasonal Affective Disorder is driven by genetic variants in the genes that influence responsiveness to light and circadian rhythm.

This article dives into the science of why seasonal affective disorder occurs, which genetic variants increase susceptibility to it, and the personalized solutions that may work for specific genetic variants.

What is Seasonal Affective Disorder?

Seasonal Affective Disorder (SAD) is characterized by recurrent depression with a change in the season, usually in fall/winter for most. Scientists think this is possibly due to an aberrant or altered response to light – either not enough brightness to the sunlight or not enough hours of light.

SAD is considered to be “heritable” with twin studies indicating that about 50% of the risk factors are genetic.[ref]  What is the other half of the equation here? Daylight exposure is a big one. Chronic inflammation may also increase the risk.

Looking at genes that increase the risk of a disease or disorder is how researchers figure out what is causing the disorder — the root cause.

Genes tied to the risk of seasonal affective disorder are mainly circadian rhythm genes that control our 24-hour rhythmic cycle.

Our circadian rhythm is controlled by genes that are set by light hitting the retina of our eyes.

Interestingly, some of the genes associated with SAD also overlap with genetic variants that increase susceptibility to bipolar disorder and schizophrenia, but not to depressive disorders.[ref] For many, bipolar disorder is linked to circadian rhythm disruption.

You may be wondering, but what about serotonin? Everyone thinks of serotonin for depression due to the popularity of SSRIs as an antidepressant.

Several studies for seasonal affective disorder have looked into the link to serotonin. Most of the studies didn’t find a big link to serotonin genes, but the way serotonin is used by the brain may play a role in SAD.[ref][ref][ref] And how people react to SAD, for example, by overeating, may be related to serotonin.[ref]

Interestingly, a couple of studies have found that a serotonin receptor, HTR2A, is significantly associated with seasonal depression in both winter and summer.  This receptor is involved in memory, mood, cognition, appetite, anxiety, perception, sleep, thermoregulation, and vasoconstriction. It is activated by serotonin, LSD, psilocybin, and DMT.

While genes do play a major role in increasing the risk of SAD, there is not one specific gene mutation that causes seasonal affective disorder. Rather, there are multiple genetic variants that add to the risk, along with latitude, length of daylight, and possibly dietary factors.

MAO-A is an enzyme that breaks down neurotransmitters, and changes in MAO-A levels are linked to depressive disorders.

Recently, researchers discovered that most people normally have a seasonal change in MAO-A levels in the fall and winter. But people with SAD don’t have that normal, seasonal rhythm to MAO-A levels. Important here, the researchers also found that bright light therapy restored the normal MAO-A seasonal dynamics. [ref]

Genes involved in the risk for Seasonal Affective Disorder

Members: Log in and select your data file
Not a member? Join now to see your data below.

Details on the genetic variants:

Melanopsin is the non-visual photopigment in your retina that sets the circadian clock. It is thought that lower levels of melanopsin may contribute to the risk of SAD because of the lower light levels in the winter. Melanopsin is involved in photo-entrainment, negative masking, and pupillary light reflex. Basically, it is excited by light in the blue-wavelengths (~480nm) and relays a signal to the brain that it is daytime.

The Circadian Locomotion Output Kaput (CLOCK) gene is one of the core genes that set our daily rhythms.

ARNTL gene: codes for BMAL1, which pairs with the CLOCK protein as part of the core circadian clock

HTR2A gene: encodes the serotonin 2A receptor. This is the same receptor activated by psychedelics

First and foremost: going outside first thing in the morning may help if you live at a middle latitude. The sun is powerful in resetting circadian rhythm.

Light Boxes for Full Spectrum Light:
If you can’t get outside for enough sunlight during the daylight hours for whatever reason (working, living too far north, etc), there are full-spectrum lights made specifically for SAD. Studies have found 30 minutes of 10000 lux in the early morning to be effective.

Putting a blue light in your ear may sound a bit ‘out there’, but there are a few studies that indicate this might just be something worth trying. A clinical trial of transcranial blue light through the ear canal reduced depression by half in more than 75% of participants.[ref] (I’m not sure how great this clinical trial is, though, since there is no sham or control group, just comparisons of different strengths of light.)  Transcranial light isn’t as crazy as it seems. Animal studies have shown that extra-ocular light (i.e. through the ear canal) has an effect on the brain. Birds are known to have photoreceptors in their brains that regulate seasonal reproduction.[ref] Sunlight through the skull induces GABA release in rats.[ref]

Sleep in the dark: A mouse study looking at the effect of dim light at night found that for mice lacking in PER3 (similar to the above genetic variants), dim light at night caused an anhedonia-like effect.[ref] Anhedonia is the loss of pleasure or interest in things, feeling blah. Night-time light exposure has become a huge problem around the world, with far-reaching health effects on people and animals. If you have PER3 genetic variants (or even if you don’t!), blocking light at night is important for healthy sleep. Blackout curtains are not that expensive, and you can block all the little LED lights from chargers, etc, by just putting a piece of dark tape over them.

A review that looked at studies of melatonin for mood disorders (including SAD) found no benefit to melatonin supplementation.[ref]

Another review looked at omega-3 supplements for seasonal affective disorder and found no evidence of clinical efficacy.[ref]

Even though these studies don’t show much benefit, on average, everyone is unique. So if you feel that fish oil or melatonin are benefiting you for SAD, then keep taking it.  (Read more about melatonin research)

Is inflammation causing your depression or anxiety?
Research over the past two decades clearly shows a causal link between increased inflammatory markers and depression. Genetic variant in the inflammatory-related genes can increase the risk of depression and anxiety.