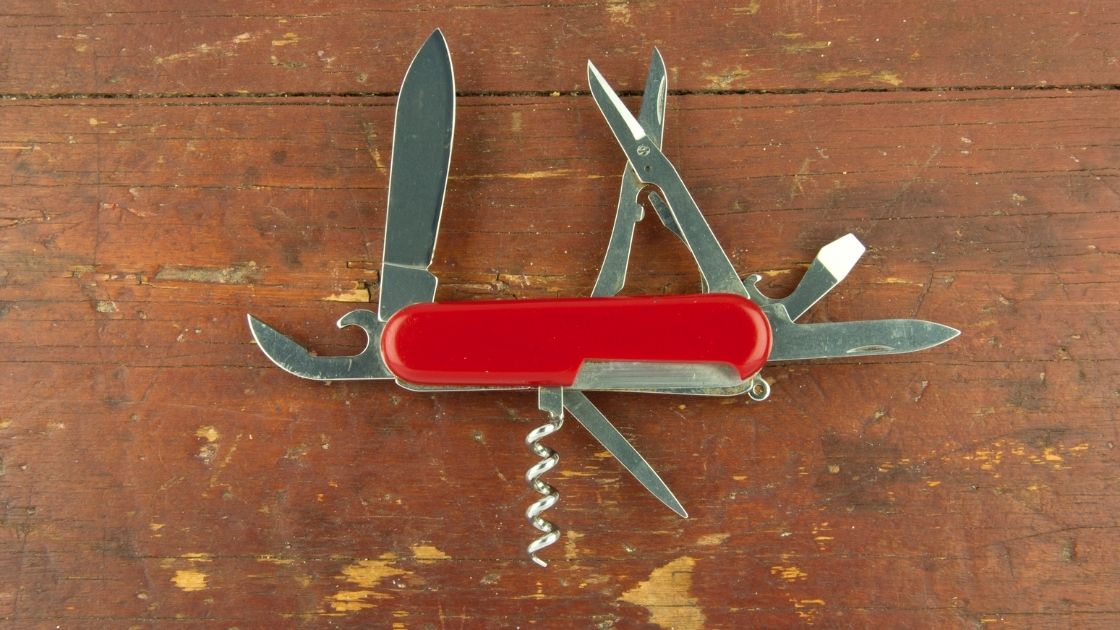 This article is about a Swiss Army knife type of protein, and one that you’ve likely not heard a lot about. HMGB1 is a protein, and its production takes place in the nucleus of all the cells in the body, but it also has a unique role in activating the inflammatory response pathways. Increased HMGB1 levels will call up the troops for a big response to an infection.

This article explains the different roles of HMGB1, including a key role in the severe SARS-CoV-2 response by some people. We’ll dig into the function of the protein, explore the genetic variants, and conclude with a Lifehacks section explaining ways to modify this response.

HMGB1 (high mobility group box 1) is a multi-functional protein that has several roles, depending on where it is located in the body[ref]:

HMGB1 in the cell nucleus: Inside the nucleus, HMGB1 helps to organize the DNA, rearranging it so that different genes can be translated into their proteins. It is an important chromatin protein found in all cells. (I’ll explain further in just a minute…)

HMGB1 in the cytosol: Cellular cytosol is within the cell but outside of the nucleus. Under certain conditions, such as when there is oxidative stress or a bacterial pathogen present, HMGB1 moves from the nucleus into the cytosol.

HMGB1 in the serum: The HMGB1 protein is released outside of the cell during trauma, alerting the body to the damage, thus causing a cascade of inflammatory events. Additionally, when inflammatory cytokines are abundant due to a viral or bacterial pathogen, HMGB1 also will be released from immune system cells via extracellular vesicles.[ref] This is referred to as HMGB1 acting as an alarmin or danger signal.

More about HMGB1 in the nucleus:
DNA must be packaged up tightly so it fits inside the nucleus of cells. But, for any cellular protein to be transcribed and translated, specific segments of the DNA have to open up and be available. There are several ways for the packaging, unpacking, and marking of genes for translation to happen.

The HMGB1 protein is one way this unpacking of DNA can occur — via loosening the packed DNA and bending it so that a gene can be translated. It is part of a family of HMG proteins involved in the way that DNA is unpacked to allow for translation.[ref]

All is good when HMGB1 is in the nucleus, doing its job of translating genes.

HMGB1 gets interesting, though, when it comes to all of its other roles in the body…

HMGB1’s activation occurs in response to damage to a tissue, such as after trauma. It is a molecule for sterile inflammation. When someone gets hurt, the levels of HMGB1 in the plasma rise within 6 hours hours after the trauma.[ref][ref]

Like everything in the immune response, this needs to be kept in balance.

High levels of HMGB1 are associated with multisystem organ failure after trauma.[ref]

After the release of HMGB1, it binds with the receptor for advanced glycation end products (RAGE), activating cytokines such as NF-κB. This starts a feedback loop increasing the production of several different inflammatory cytokines.[ref]

HMGB1 and Inflammation due to Infections:

HMGB1 is also important for infections, acting as a pro-inflammatory alarmin or danger signal when the body has been infected by a pathogen.

Macrophages, monocytes, and dendritic cells secrete HMGB1 as a mediator of inflammation. It is a signal – an alarm – that something is wrong and sets off an increased immune response.

Inflammation always needs to be kept in balance – enough response to fight off pathogens but tempered to limit the damage. You don’t want to end up with sepsis or ARDS.

Researchers have found, though, that while HMGB1 acts as a pro-inflammatory signal initially, later in an infection, the large quantities can act as an immunosuppressant. This can lead to a dysregulation of the inflammatory response.[ref]

Delayed: In sepsis, HMGB1 levels rise (up to 300-fold) and reach a plateau more than a day after the onset of septic shock.[ref]

Localized: In peritonitis, researchers found the HMGB1 levels in the abdominal fluid were 10-fold higher than in plasma, indicating that the rise in HMGB1 is localized in the area of infection.[ref]

HMGB1 is important in mortality in viral-induced pneumonia also, such as from influenza A. Animal studies show that blocking HMGB1 reduces mortality considerably.[ref]

Another side of the HMGB1 picture is its role in cancer.

Preventing cell death:
When cellular stress causes increased reactive oxygen species (ROS), HMGB1 can move out of the cell nucleus and into the cell. There it helps to sustain autophagy (the recycling of damaged cellular components) and prevents apoptosis (cell death).

In many cancer types, including breast, lung, and colon cancers, there is an increase in HMGB1.[ref]

Additionally, higher levels of HMGB1 protein can trigger a couple of genes involved in tumor metastasis.[ref]

Researchers are looking at different ways of targeting HMGB1 in cancerous cells.

Again, it is all about balance. There is a trade-off between protecting cells vs. preventing cancer cell proliferation.

This is a huge topic — and you can read more about AGEs and RAGEs here.

In a nutshell, glycation is the binding of a sugar molecule to a protein. This process is ongoing in the body, but excessive glycation causes problems. Additionally, glycation end products that accumulate in the body generate some of the damage associated with aging. AGEs and RAGEs are also increased in type 2 diabetes.[ref]

The HMGB1 protein binds to RAGE (receptor for AGE) in addition to the toll-like receptors (immune system receptors activated by LPS). Researchers show this by injecting HMGB1 into mice that are lacking various receptors (e.g., RAGE, TLR2) to see the response.[ref]

One way that HMGB1 interacts with RAGE is to bind to it in order to transport LPS into the lysosomes of a cell. The HMGB1 then causes the lysosome to release the contents into the cytosol, which activates a strong immune response inside the cell resulting in cell death. Like a little cell bomb being triggered. Again, this can be good in certain situations. But… over-activation, such as in sepsis, is bad.[ref]

Other research also shows that HMGB1 may be playing a key role in severe COVID-19 when the immune system is out of control.[ref]

Interferon, which the body produces to combat a virus, can increase HMGB1 release. Cellular stress or cell death, such as in lung cells infected by the virus, also causes increased HMGB1 release. The RAGE receptors needed for HMGB1 binding are found in abundance on the alveolar cells in the lungs.[ref]

Previous studies on severe respiratory infections, such as the flu or RSV, show high levels of HMGB1 release. Blocking HMGB1 can stop the severe response (at least in mice, cell studies, etc.).[ref][ref]

Again, this may be a matter of timing as to whether HMGB1 needs to be blocked or not. As referenced above, HMGB1 is important in the inflammatory response, but going overboard can cause problems.

HMGB1 and Autoimmune diseases such as lupus:

One more trick up HMGB1’s sleeve is that it also interacts with certain autoimmune conditions, possibly causing flare-ups in lupus.[ref]

A final example of HMGB1 in inflammation: In gingivitis or periodontal disease, the bacteria and other inflammatory cytokines trigger the release of HMGB1.[ref][ref]

Again, this isn’t a case where all HMGB1 is bad. For example, the release of HMGB1 after tooth extraction helps to regulate the wound-healing process.[ref][ref] Instead, it is the chronic elevation in periodontal disease that seems to be the issue.

Decreasing AGE and RAGE: High-heat cooking forms AGES
Cooking foods at high heat forms a Maillard reaction – it is that browning reaction that causes things to taste good, like grilled steaks or crispy cookies. Unfortunately, the Maillard reaction also causes an increase in the advanced glycation end products in food. This corresponds to an increase in AGE in people who eat foods cooked at high heat. You can read all about AGEs, RAGEs, and Lifehacks for preventing formation here.

The rest of this article is for Genetic Lifehacks members only. Consider joining today to see the research on supplements and additional genetic connections.

Does eating meat put you at a higher risk for colon cancer?
Recent headlines have touted that meat consumption causes colon cancer. This, of course, has set off Twitter wars between meat lovers and vegetarians, with most people left wondering how this personally affects them. Should they eliminate red meat from their diet? What is the true risk of colon cancer due to meat consumption?