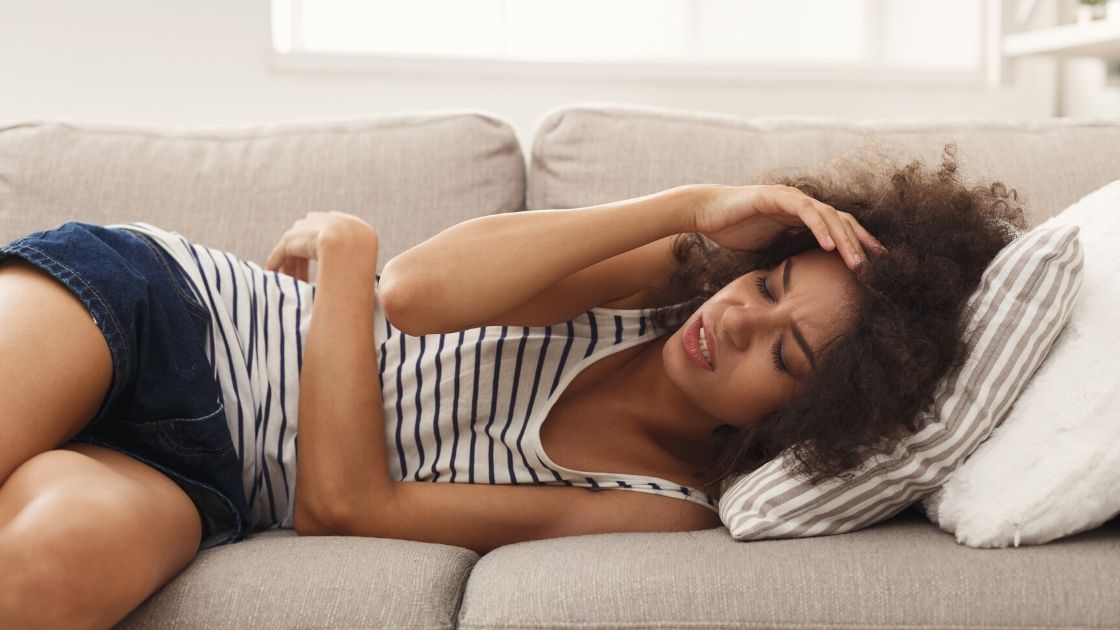 A lot of women know the moodiness and brain fog that comes with premenstrual syndrome (PMS). The symptoms can range from simply feeling irritable and icky to being something that interferes with your normal lifestyle.

What role do genes play in PMS?

It has been shown in the past few years that there is a genetic component, especially for a severe form of PMS called premenstrual dysphoric disorder (PMDD).

A 2011 study of twins estimated the heritability of PMS to be around 95%.[ref]

Is it all in your head?

In a literal way…  It turns out that neurotransmitters cause some of the symptoms of PMS and PMDD. Both conditions are linked to physically altered neurotransmitter levels.

Genetic variants in these neurotransmitter genes are linked to increased susceptibility to PMS and PMDD — and they may hold the clues to what to do about PMS symptoms.

Genes Involved in PMS and PMDD

Members: Your genotype for rs6295 is —.
*Given in the plus orientation to match your data.

ESR1 mediates estrogen activity in the brain and has been studied as a risk for diseases such as breast cancer, osteoporosis, and endometriosis, as well as severe PMS. ESR1 has also been studied in relation to cognitive impairment and Alzheimer’s Disease.[ref]  (There are lots and lots of studies on this gene – worth looking into if you are homozygous for the variant.)

One study showed that the ESR1 polymorphisms are most associated with PMDD for those with a COMT (catechol-o-methyl transferase) variant.[ref] Also known as COMT Val158Met (rs4680), this well-studied polymorphism is involved in dopamine activity.

Genetics seem to play a bigger role in PMDD. For many of us, though, we may need to look further for solutions to PMS woes.

GABA, a neurotransmitter, shows being low in some women with PMDD and PMS.  This may be due to low levels of allopregnanolone, a metabolite of the hormone progesterone, which modulates GABA.[ref] Nutrients that increase GABA levels include theanine (found in tea), magnesium, chamomile, potassium, and glycine (found in gelatin).[ref]  When you think about it, the age-old remedy of chicken soup (made with homemade chicken stock) and a cup of hot tea may be just the thing for raising your GABA levels with PMS.  Follow this with a nice soak in the bathtub with some Epsom salt to raise your magnesium levels… Sounds like a good plan to me.

Zinc sulfate supplementation (50mg) decreased the symptoms of PMS in a study.[ref]

Vitex agnus castus (Chasteberry) in quite a few studies helped with premenstrual syndrome.[ref]  About half of the women who tried it in one study had a positive response.

Vitamin B6 in placebo-controlled studies helped decrease PMS symptoms.[ref]  The active form of vitamin B6, pyridoxal-5-phosphate (P5P), can be found in better quality supplements. Interestingly, P5P is a co-factor for diamine oxidase, which is the enzyme that breaks down histamine.  P5P is also involved in many, many other enzymatic reactions.  Food sources of vitamin B6 include raw meat, cheese, and milk as well as beef liver, sunflower seeds, and pistachios.

A study of teenage girls with very low vitamin D levels (<10ng/mL) found supplementing with vitamin D helped their PMS irritability and anxiety.[ref] Other studies show varying results, but if you are deficient in vitamin D, a supplement or getting more sunshine may help.

What doesn’t seem to work?

Antioxidants – specifically vitamins A, E, and C – were studied and found to have no effect on PMS symptoms.[ref]

Shockingly (not!), a study found that women with PMDD tend to eat more right before their period.[ref]

Estrogen: How it is made and how we get rid of it
Estrogen is usually thought of as the female hormone. While it is true women produce more estrogen than men, this applies to all of us. Estrogen – from how much is made to how it is broken down – is dependent on both genetics and lifestyle factors affecting both men and women.

9 Genetic Variants Associated with PCOS
Polycystic ovarian syndrome (PCOS) is an endocrine disorder that causes an increase in androgen hormone production in women. It affects 5 -10% of premenopausal women, and genetics plays a large role in whether you have PCOS.

Migraines
There are multiple causes and triggers of migraines — and multiple genetic variants that are implicated in increasing the risk of migraines. Learn where your genetic susceptibility lies and learn the solutions that may work specifically for those migraine susceptibility genes.