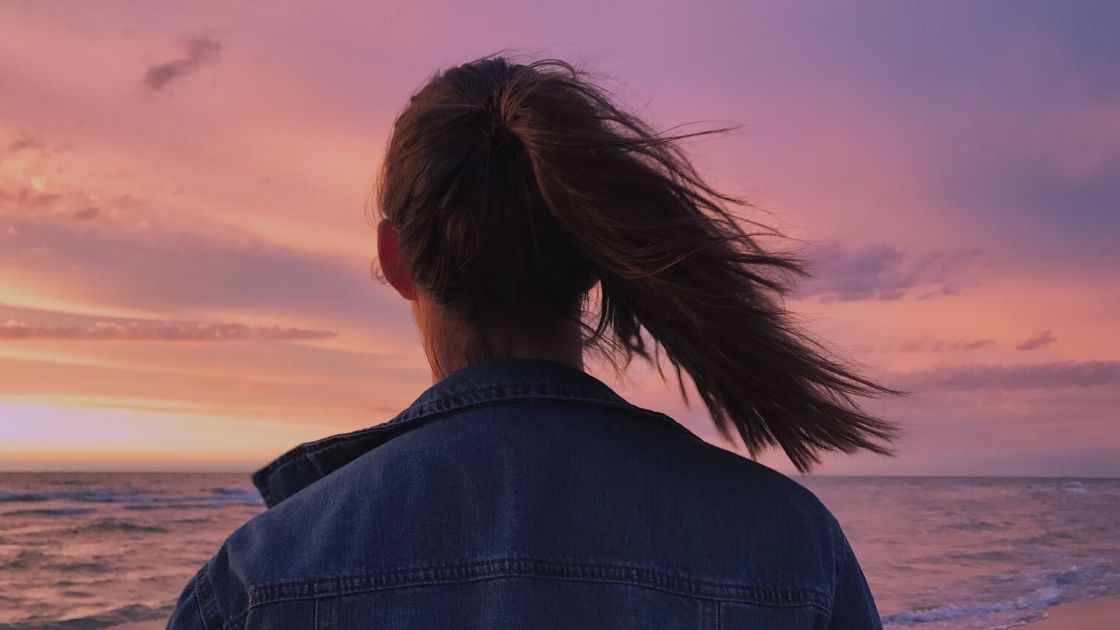 Polycystic ovarian syndrome (PCOS) is an endocrine disorder that causes an increase in androgen hormone production in women. It affects 5 -10% of premenopausal women, and genetics plays a large role in whether you have PCOS.

There is no one gene that causes PCOS, but there are genetic variants in several hormonal pathways that increase the risk for it. Understanding which genetic variants you carry may help you figure out the most effective way for you personally to manage your PCOS.

The excess of androgen hormones may cause facial or back hair as well as male pattern baldness. Skin problems include hormonal acne.

PCOS is a ‘syndrome’, which means that not all of the symptoms have to be present to have PCOS.

Before we dive into what goes wrong in PCOS, let’s first take a look at the hormonal processes that normally go on during a menstrual cycle.

The start of menstruation (your period), when the lining of the uterus breaks broken down and sheds, is considered the beginning of the menstrual cycle. Estrogen and progesterone levels are both low at this point.

Follicle-stimulating hormone (FSH) rises a bit, causing the development of the new follicle (containing an egg) in the ovary. The follicle produces estrogen, causing estrogen to rise over the next week.

Around day 12 – 14, ovulation occurs releasing the egg. During ovulation, the pituitary gland releases luteinizing hormone (LH) and FSH at higher levels. This spike in LH and FSH hormone levels coincides with a fall in estrogen levels and an increase in progesterone. The follicle that has released the egg cell will form a corpus luteum, which is a hormone-secreting structure that produces high levels of progesterone.

What does your body need in order to make all these reproductive hormones? The molecular basis for these steroid hormones is cholesterol, which is converted into pregnenolone, which is the precursor for other hormones.

DHEA can then be converted into testosterone or other androgens — or it can convert to estrone and other estrogens.

What goes wrong in PCOS?

A number of different hormone pathways can be involved here. Androgen hormones in women usually convert to estrogen. Higher estrogen levels feedback to the pituitary gland, causing an increase in LH (luteinizing hormone) during ovulation. [ref]

Thus, when levels of androgen hormones are too high and not appropriately converted to estrogen, it interferes with ovulation or the release of the egg. This causes what looks like cysts in the ovaries when the immature egg follicles aren’t released.

Quite often, women with PCOS have problems with insulin resistance and higher blood glucose levels.

About 20 – 30% of women with PCOS have high DHEA levels. DHEA is a precursor for the androgens and estrogens. [ref]

Women with PCOS are more likely to have problems with ovulation, which is a common cause of infertility.  In-vitro fertilization (IVF) is a common solution for PCOS infertility. [ref] There are also medications that your doctor can prescribe that alter your hormones at the right time in your cycle.

Overall statistics are hard to come by as far as the percentage of women with PCOS and infertility. Larger population studies point to women with PCOS being more likely to have fewer children, but yet having similar rates of overall fertility when looking only at women with 1 – 2 children. [ref]

There are a lot of websites that claim to have a dietary solution for PCOS symptoms. Most focus on healthy foods, and some claim a ketogenic diet works. [article][article]

Other medical-based websites claim that all you can do is manage the symptoms of PCOS and that there is no cure. [article]

I’ll add specific recommendations in the Lifehacks section below that integrate genetics with some research-based suggestions for diet, supplements, and exercise.

One thing that is not clear is whether weight loss (through whatever type of diet) will cure PCOS. A ‘risk factor’ for PCOS is obesity so your doctor may tell you to lose weight. With this in mind, research points to weight gain as being caused by PCOS instead of obesity as a cause of PCOS. Chicken or the egg. [ref]

Insulin sensitivity, rather than fad diets, may be a better goal for managing PCOS through nutrition.

Circadian rhythm disruption as a cause of PCOS:

New research out shows that circadian rhythm disruption may play a key role in causing PCOS.[ref] Your circadian rhythm is the built-in 24 hour clock that drives many processes in the body. The first thing that pops to mind is your sleep/wake cycle, but your body’s circadian clock is far more than just sleep.

Over a 24-hour period, your body’s metabolic and cellular function rise and fall.  Some processes take place at night, and others during the day. For humans (and almost all animals), this 24-hour rhythm is synchronized by light.

Disrupting circadian rhythm is tied to a number of chronic diseases including obesity, heart disease, and dementia. One way to think about this is to think about what jet lag feels like — brain not working right, stomach not feeling right, and everything just out of sync. Circadian disruption on a smaller scale happens each time you stay up later than normal – in an area with bright lights.

The body’s circadian clock is driving by the rising and falling of some key proteins — and these oscillations are synchronized by light.  Electric lighting has been around now for more than a century, but that is a drop in the bucket compared to human and animal history of only having sunlight or firelight.  Thus, it is easy to see how circadian rhythm disruption is a modern mis-match of lifestyle vs. innate biological function.

Genetic variants that increase the risk of PCOS:

Twin studies show that PCOS is about 70% hereditary, with the rest due to various environmental or dietary causes.

PCOS is considered an ‘evolutionary paradox’ since it is common (10% of the population), highly heritable, and also can cause infertility. Scientists want to know why the genetic variants involved in PCOS have continued to be passed on to a large part of the population – especially since evolutionary theory says that it should be weeded out. Some of the theories on this include that women with PCOS are more ‘metabolically thrifty’ and likely to live through a famine. Others theorize that women who only have a few children are better mothers and the children are more likely to survive.

Evolutionary theorizing aside, understanding which genetic variants that you carry may help you to find the right solution for your PCOS symptoms.

Too much DENND1A increases androgen hormone synthesis in the cells in the ovaries.

Follicle-stimulating hormone gene. The LH:FSH ratio is important in PCOS.

The FSHR gene codes for the follicle-stimulating hormone receptor.

Adiponectin (ADIPOQ) is created by fat cells and helps to regulate energy metabolism and insulin.

If you are under a doctor’s care, be sure to talk with your doctor before making any changes.

You may be wondering which of the three areas below (circadian rhythm, diet, and lifestyle) are most important. I don’t think that research gives us definitive answers here.  Instead, it may be that a combination of the three is important: get your circadian rhythm and sleep on track; dial in your diet so that insulin is regulated; do your best with the lifestyle changes.

Circadian rhythm disruption may be at the heart of PCOS for a lot of women. The question is: What can you do in our modern world to get your circadian rhythm back on track – without getting rid of electronics and electric lights in the evening?

Control insulin levels:
Keeping insulin levels low can prevent the ovaries from overproducing testosterone. It is estimated that 50 – 70% of women with PCOS have some degree of insulin resistance.[ref]

Metformin and diabetes drugs:
Metformin is a prescription drug for diabetes and pre-diabetes. Many studies have shown that it can help reduce elevated androgen levels in women with PCOS. [ref][ref][ref] Your doctor may have other suggestions of diabetic medications for PCOS as well.

Berberine:
Berberine is often talked about as a natural alternative to metformin. It is a compound found in barberry and Oregon grapes. Some randomized clinical trials have found that it is as effective as metformin for PCOS. [ref][ref]

Resveratrol:
Both animal and human studies have shown that resveratrol helps (some) in improving insulin resistance in PCOS. [ref] Resveratrol has also shown to lower testosterone levels (perhaps through insulin). [ref]

A ketogenic diet or lower carb:
While there aren’t any trials on a ketogenic diet, there are articles on the internet promoting this as a way to control the symptoms of PCOS. In general, the ketogenic diet should keep insulin levels low, which is probably why it helps some people with PCOS.

There is a study showing that just lowering carbohydrates (and replacing those calories with omega-3/6 fats) decreases insulin levels by 30% in obese women with PCOS. [ref]

Selenium:
A randomized, placebo-controlled trial of 200mg/day of selenium showed that it decreased insulin levels in women with PCOS. [ref] Selenium, found in abundance in Brazil nuts, can be purchased as a supplement.

Supplements you may want to avoid with PCOS:

Avoid endocrine disruptors:
BPA, found in plastics and thermal printed receipts, is an endocrine disruptor. Shown in several studies, BPA seems to interact with PCOS symptoms. A recent study found that “Our results showed that women with PCOS had significantly higher serum BPA concentrations than healthy controls … which correlated positively with serum total testosterone”. [ref]  Other studies have shown similar results, such as PCOS women have more than double the average BPA levels as women without PCOS. [ref][ref] Avoid heating foods in plastic, drinking out of plastic bottles that have been exposed to heat, and eating foods from cans lined with BPA. Basically, avoiding prepackaged foods and eating more whole foods will help you reduce your BPA exposure.

Work out:
Exercise decreases the expression of 5-alpha-reductase in an animal model of PCOS. [ref] It has also been found to improve insulin sensitivity [ref] and overall metabolic health. [ref]

Like most things, this is probably a balancing act, though, between getting enough exercise vs. not going overboard and working out three times a day.

BPA: How Your Genes Influence BPA Detoxification
BPA, a chemical found in some plastics, has been linked to a variety of effects on people including obesity, insulin resistance, and epigenetic effects on the fetus.  It is everywhere in our food supply. In fact, a CDC report showed that 92% of people have BPA in their urine.

Circadian Rhythms: Genes at the Core of Our Internal Clocks
Circadian rhythms are the natural biological rhythms that shape our biology.  Most people know about the master clock in our brain that keeps us on a wake-sleep cycle over 24 hours.  This is driven by our master ‘clock’ genes.

← Genes Linked to COVID-19: New Study From UCSF
9 Genes that Impact the Response to Vaccines →