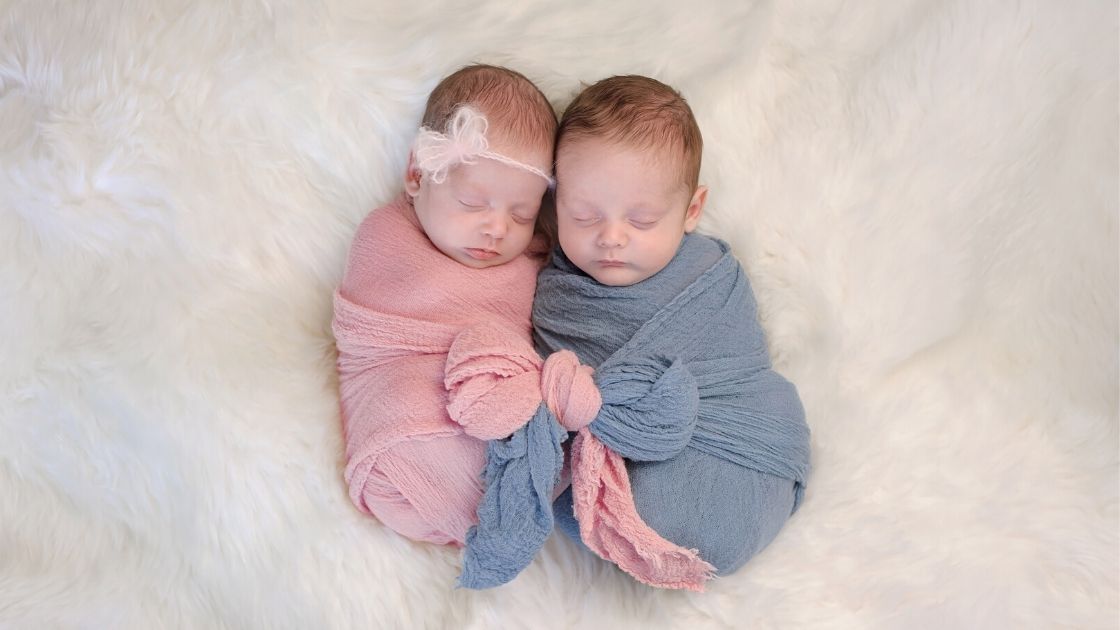 Twins tend to ‘run in families’, which is a colloquial way of saying that there is a hereditary component that increases the likelihood of having twins.

According to the CDC, the number of twin births has risen 76% since 1980. Estimates show that 1 in 30 babies born in the US is a twin. (Keep in mind this doesn’t correspond to 1 in 30 pregnancies being twins since two babies being born skews the birthrate stats.)[ref] As a matter of fact, a lot of this increase is due to better prenatal care for pregnant moms. In-vitro fertilization (IVF) is also responsible for a portion of the increase.

So what does genetics have to do with twinning? It turns out there are a couple of genetic variants that increase the probability of having fraternal twins. It seems few or no genetic factors are involved in having identical twins.[ref]

FSHB gene:
The follicle-stimulating hormone beta-subunit (FSHB) gene codes for a protein that is part of the process to stimulate the release of an egg cell during ovulation.

SMAD3 gene:
SMAD3 is involved in the initiation of growth factors that regulate cell proliferation and differentiation. This variant may influence how the ovary is responding to follicle-stimulating hormone.

Not a lot of lifehacks here :-)  Enjoy your blessings if you end up with twins.

One thing to note, rs11031006 (A/A genotype) shows an association with an increased risk of PCOS. The researchers found that the variant causes a decrease in FSH and higher luteinizing hormone (LH).[ref]

MTHFR: How to check your data
It is easy to check your genetic results on 23andMe or AncestryDNA for the two main MTHFR variants known as C677T and A1298C.

Dads matter: MTHFR variants in fathers affect miscarriage risk
There are quite a few studies showing that women carrying certain MTHFR variant combinations are at a somewhat higher risk for miscarriage, but I recently ran across a study that added a new twist to the topic.  It turns out that the father’s MTHFR variants can also play a role in recurrent miscarriages.