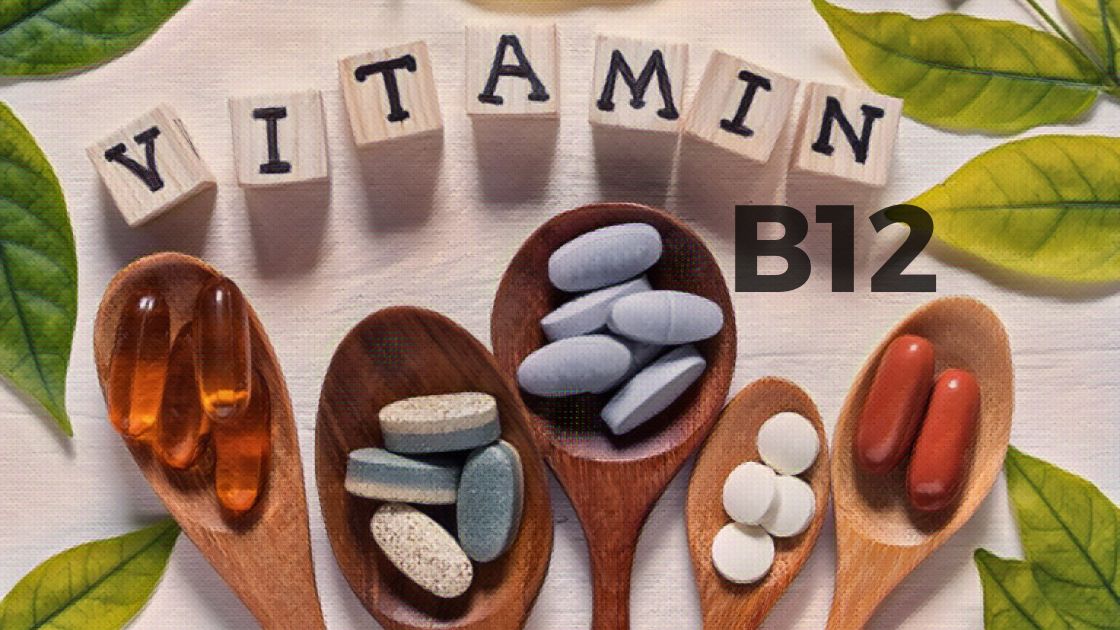 Vitamin B12 is essential for your health! It is a cofactor for biological reactions such as creating the myelin sheath in nerve cells and the synthesis of DNA (rather important!). A lack of vitamin B12 (also known as cobalamin) can create a cascade of effects.[ref]

There are several genes that can influence how much vitamin B12 you absorb, transport, and need. Some people need higher amounts of B12, while others thrive on different forms of B12. Looking at your genetic data may help you figure out what is going on in your body.

Background Info on Vitamin B12

Foods that are high in vitamin B12 include meat, fish, eggs, and dairy. Vegetarian and vegan diets are lacking in vitamin B12, and supplementation is usually recommended.

Vitamin B12 as a supplement can be found in four different forms:

The cyanocobalamin form is often found in cheaper vitamins and added to processed foods. It must be converted by the body before use. Methylcobalamin and adenosylcobalamin are active forms used by the body.

Vitamin B12 deficiency or insufficiency has been shown to cause:[ref]

To be able to absorb B12 from foods, you need to have adequate intrinsic factor produced in the stomach. This is something that is often depleted in the elderly, leading to B12 deficiency.

MTR & MTRR: Methionine and Vitamin B12

Methionine is an essential amino acid used in the production of proteins. It is literally the starting amino acid for every protein your body makes.

Both are a vital part of the methylation cycle.

Methyl groups – in a nutshell:

Your body is made up of a bunch of organic molecules, a lot of which contain carbons bonded to hydrogen.

Adding in a methyl group (one carbon plus three hydrogens) is like adding a building block to the molecule.

The methylation cycle is your body’s way of recycling certain molecules to ensure that there are enough methyl groups (carbon plus three hydrogens) available for cellular processes. When it comes to the functioning of your cells, methyl groups are used in methylation reactions.[ref]

Examples of methylation reactions include:

Methylation in the right amount:

Goldilocks comes to mind here… You want to have the right amount of methylation reactions going on. Your cells work to keep this all in balance.

The other side of the picture, though, is that there may be times when limiting methionine is helpful, such as in fighting the proliferation of cancer cells.

The following genetic variants don’t usually cause frank vitamin B12 deficiency on their own. Instead, they decrease or alter the use and availability of it in the body. So these variants are more about optimizing B12 status rather than overcoming a disease state.

This gene codes for methyltransferase reductase, an enzyme that is involved in using methylcobalamin (methyl B12) in the methylation cycle. Without sufficient B12, homocysteine levels can increase.

The MTHFR gene codes for an enzyme that converts folate into the active form, methyl folate, that the body uses. This methylation pathway is also dependent on B12.

This gene codes for a transporter for vitamin B12.

The TCN2 gene codes for a B12-binding protein.

This gene codes for an enzyme that affects glycoproteins on the cell membranes. Carriers of the A/A genotype (below) do not secrete their blood type in their mucus, saliva, or semen. This changes the gut microbiome (due to intestinal mucosa changes) and also alters B12 levels. Initial studies just associated the genotype with higher B12 levels. More recent studies point to the idea that carriers of the A/A genotype may show higher B12 on a serum test, but that probably does not reflect the active B12 in the body.[ref]

In other words, non-secretors should not rely on a serum B12 test. Testing for methylmalonic acid would give a better reflection of B12 status.

Vegan and Vegetarian diets:
Vitamin B12 is only found in animal-based foods, so vegans and vegetarians are often deficient or marginal in their B12 status.[ref] B12 is often added to breakfast cereals and other refined products, so eating a vegetarian diet that includes packaged and refined foods may actually result in higher B12 levels (although probably not in better health…).

It takes several years to completely deplete your liver’s stores of B12, so people who have recently started a vegan or vegetarian diet may still have moderate vitamin B12 levels.[ref]

Dietary sources:
Foods that are highest in B12 include:[ref]

High Homocysteine and B12:

Should you take folic acid?
There is a lot of buzz online about MTHFR variants and the need to avoid folic acid. This article dives into the science on DHFR genetic variants and how much folic acid is too much.