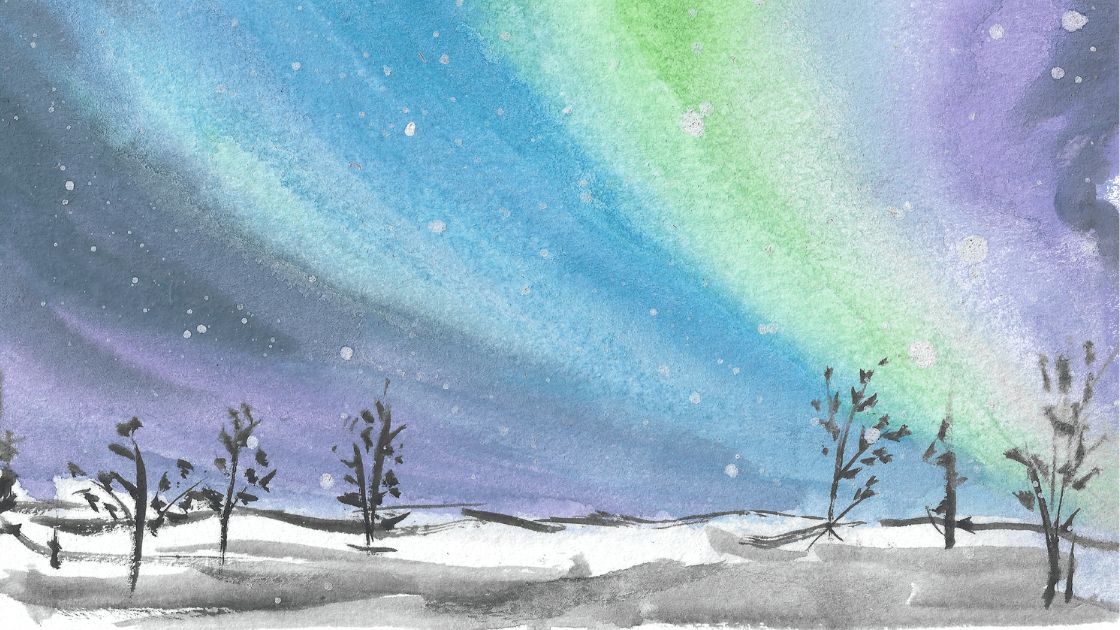 This article shares the genetic variants that are linked to early waking — and how you can apply that knowledge to get to the root of the problem.  Members will see their genotype report below, plus additional solutions in the Lifehacks section. Consider joining today.

The TPH2 (tryptophan hydroxylase 2) gene codes for the rate-limiting enzyme in the production of neuronal serotonin.[ref]  Basically, this enzyme is the key to the amount of serotonin in your brain. The TPH2 enzyme causes a reaction to take place in the brain, converting tryptophan into serotonin.

The categorization of serotonin as a monoamine describes the structure of the neurotransmitters serotonin, norepinephrine, and dopamine. Serotonin is active both in the brain and in other parts of the body, such as the digestive system. In fact, most of the body’s serotonin (90%) production happens outside of the brain using a related enzyme called TPH1.

Serotonin produced in the brain acts as a neurotransmitter, relaying chemical messages between neurons. It is thought to be involved in arousal, mood, appetite, sleep, and memory.

To produce serotonin, your body uses the essential amino acid tryptophan as the foundational building block. It is then converted in the brain using the enzyme TPH2 into 5-hydroxy-L-tryptophan (5-HTP). The 5-HTP then converts to serotonin (5-HT).

If you follow the pathway further… serotonin actually is the precursor for melatonin, which is highly involved in your body’s circadian rhythm. Melatonin is important for sleep onset and possibly for sleep maintenance.  (Brain levels of serotonin, though, may not affect melatonin levels since melatonin can cross the blood-brain barrier.)

Here is a quick diagram of the process: 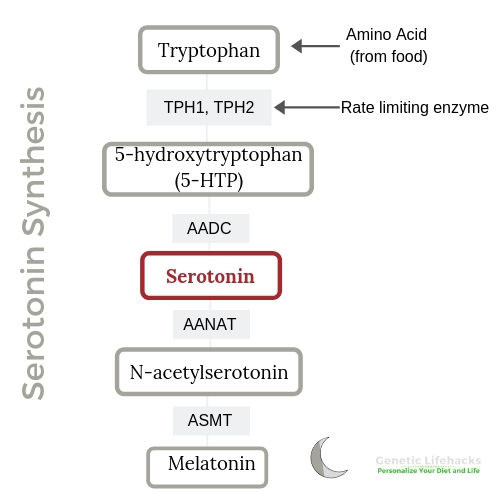 While depression is a multi-faceted disorder, at the root of it for a lot of people is circadian rhythm disruption. (Read: Circadian Rhythm Genes: Mood Disorders and Bipolar Disorder, Depression, and Circadian Clock Genes)

One obvious part of circadian rhythm disruption would be problems with sleep. The TPH2 gene variant seems to link together extremely early waking with depression and serotonin.

The study on early waking and TPH2 in a Chinese population used a group of 249 people. The researchers investigated a number of variants in the TPH2 gene, which has been associated with an increased risk of depression in various different studies.[ref]

The researchers found one TPH2 SNP (rs4290270) was not only associated with an increased risk of depression, but it was also twice as likely to be found in the depressed patients who woke early. The study also found that fMRI images of the brains showed differences in the carriers of the different alleles of this genetic variant.[ref]

Members: Log in to see your data below
Not a member? Join now.

Other TPH2 genetic variants have associations with both depression and short sleep.

This members-only article is visible to members who are logged in. Consider joining today to see the rest of this article.

Is inflammation causing your depression or anxiety?
Research over the past two decades clearly shows a causal link between increased inflammatory markers and depression. Genetic variants in the inflammatory-related genes can increase the risk of depression and anxiety.

Tryptophan: Building Serotonin and Melatonin
Tryptophan is an amino acid that the body uses to make serotonin and melatonin. Genetic variants can impact the amount of tryptophan that is used for serotonin. This can influence mood, sleep, neurotransmitters, and immune response.

Blue Blocking Glasses
An easy way to improve sleep and increase melatonin production at night is to wear blue light blocking glasses before bed. Explore the research on why this is so important, and learn about the different options available for blue-blocking glasses.