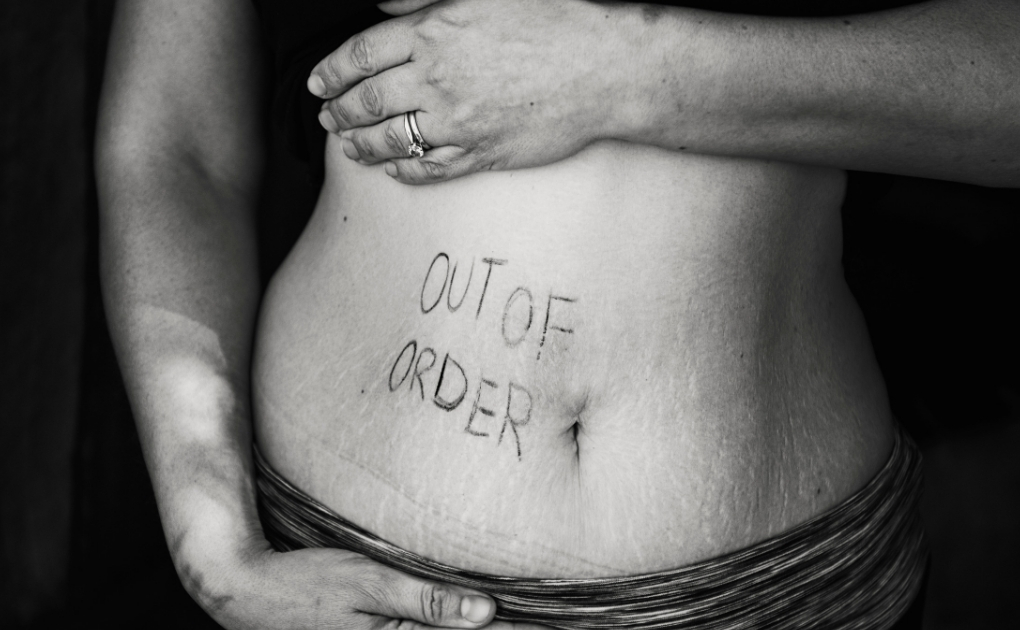 We tend to take a happy gut for granted — until something goes awry!  For many people, a daily battle seems to wage in their intestines. Pain, discomfort, bloating, diarrhea, and/or constipation…  a.k.a. IBS or irritable bowel syndrome.

There are multiple causes of IBS, and genetics can play a big role in IBS symptoms. Pinpointing your root cause can help you to figure out your solution. This article explains the research on the root causes of IBS, links the genes that cause susceptibility, and then gives solutions that fit your genes.

To obtain an IBS diagnosis often means eliminating other conditions — such as celiac, Crohn’s, or ulcerative colitis.

The causes of IBS are often a mystery — both to the person who has it and to their doctor. The use of the word ‘idiopathic‘ shows up frequently.  Idiopathic simply means that the doctor doesn’t know the cause.

According to the NIH (National Institute of Health): [ref]

“Doctors aren’t sure what causes IBS.”

Not something that you want to hear from your doctor when dealing with the pain and discomfort of IBS! Often people will go through a series of dietary changes, trying to figure out which foods (if any) lead to their problems.

There may be a quicker way to get to your right solution….

I’m going to explain what researcher theorize about IBS, and then show how they link up to genetic risk factors. We will look at:

You can check your genetic data (below), and use that info to figure out the IBS solutions that may work best for you.

Carbohydrates should be digested, broken down, and absorbed in the small intestines.

When that doesn’t happen — either due to lack of enzymes to break them down or increased gut motility — the carbs end up in the colon.

Extra carbs in the colon feed the bacteria there, and they party all night, giving off gas.

While frank deficiencies of the enzymes that break down different carbohydrates are somewhat rare, researchers are now discovering that partial enzyme deficiencies could be causing IBS symptoms for some people.[ref]

Sucrase-isomaltase (SI) deficiency is a lack of the enzyme that breaks down the starches and sugars.

SI deficiency leads to the accumulation of unabsorbed carbs in the intestines. This leads to a change in the gut microbiome, increased short-chain fatty acids, increased gas, and often diarrhea, abdominal pain, and bloating.[ref]

Related article: Why the FODMAPs diet doesn’t work for you (SI gene)

Lactose is a sugar found in milk and dairy products, and lactase is the enzyme the body produces to break down lactose.

Most people of European descent have inherited a genetic variant that still allows for the production of lactase as an adult. But for people who don’t produce lactase as an adult (e.g. most Asians, 10% of Caucasians), drinking milk may aggravate IBS symptoms.

Most of the serotonin (5-hydroxytryptamine, 5-HT) your body produces is in the intestines. It acts as both a neurotransmitter and an immune system regulator.

Serotonin is the signaling molecule that regulates motility, secretion, and vasodilation. The stimulation of the intestinal tract produces more serotonin and more serotonin receptors.[ref]

Serotonin levels can be altered by genetic variants or environmental factors.

There are several different serotonin receptors in the intestines. The overactivation of the 5-HT3R receptor has specific links to IBS with diarrhea. One study showed that people with IBS-D had double the number of 5-HT3R in the intestinal mucosa, compared with a control group.[ref]

Your body produces bile acids for digesting fats as well as for getting rid of waste products, such as bilirubin. Adults produce between 400 and 800 ml of bile per day.

Typically, the gallbladder stores bile when you haven’t recently eaten. When stimulated, the gallbladder releases the bile into the upper part of the small intestines. The bile acids then break up or emulsify fats so they can be easily digested by lipases.[ref]

About 95% of the bile acids are reabsorbed when they reach the end of the small intestines. From there, recycling occurs through the liver for reuse.

If too much bile acid ends up in the colon, diarrhea will ensue… This can be either from too much being produced or from not enough being reabsorbed at the end of the small intestines (at the ileum).

When excess bile acid reaches the colon, it causes diarrhea by stimulating an increase in water in the stool.

Studies show that between 10 – 25% of patients with IBS-D had problems stemming from bile acids reaching the colon.[ref]

Enteric nervous system irritation: one genetic cause of IBS

TRPV1 stands for transient receptor potential vanilloid type-1. It is also the receptor that capsaicin binds to, causing you to sense spicy heat. A study that looked at the TRPV1 receptors in biopsies from IBS patients found that they had a 3.5-fold increase compared to normal people. Basically, it causes hypersensitivity to pain in the intestines (irritability!).[ref]

Variants in the TRPM8 gene have also been linked in large, genome-wide studies to an increased risk of IBS-C. This transient receptor potential channel is also thought to be associated with bile acid secretion.[ref]

Genetics plays a role in susceptibility to IBS. It is likely, for most people, IBS is caused by a combination of genetic susceptibility along with environmental (or diet) factors.[ref]

The key here is that knowing your genetic susceptibility can lead to the right solution for you.

Members: Log in to see your data below.
Not a member? Join now.

SI gene: The SI gene codes for the enzyme sucrase-isomaltase, which metabolizes starches and sugars for absorption in the intestines. The rs9290264 variant is fairly common and about 30% of the population carries it. It is linked to a  decrease in enzyme activity and an increased risk of IBS-D (diarrhea subtype) and IBS-M (mixed diarrhea/constipation).

Even in people who don’t have IBS, the rs9290264 variant was associated with more frequent pooping. (Yes, there were 133 subjects who recorded their daily defecation patterns.)[ref]

Lactose: This genetic variant will indicate whether you are likely to still produce lactase as an adult. Lactase is the enzyme used to break down lactose in dairy products. No longer producing lactase may cause intestinal symptoms from consuming dairy.

HTR3E gene: This gene codes a subunit of the 5-hydroxytryptamine receptor (serotonin receptor). It is mainly expressed in the gastrointestinal tract.

HTR3A gene: This gene codes a subunit of the 5-hydroxytryptamine receptor (serotonin receptor).

There are several TRPV1 variants that have been studied with regard to people’s response to spicy foods (capsaicin). While none of these variants have been researched in relation to IBS, it would make sense that overexpression of TRPV1 genetically would increase the risk of IBS. Check your spicy food genes here.

The TRPM8 gene has also been implicated in the risk for IBS-Mixed and IBS-C.

If you carry the SI genetic variant that increases the risk of IBS-D, cutting down on the consumption of starches and sucrose is an obvious first step. If you don’t want to cut out carbs altogether, try spacing out your starch/sugar consumption throughout the day. Don’t overwhelm your intestines with a big meal of starches and sugars.  In particular, researchers found limiting starches, that converted to maltose, are important.[ref]

There are digestive enzymes available that contain sucrase and maltase.

The probiotic VSL#3 in animals decreases the number of mast cells (histamine releasers) in the colon and decreases TRPV1 expression.[ref]  VSL#3 is available online or at your local health food store. It is expensive, but a lot of people swear by it.

Peppermint, which helps some people with IBS symptoms, activates TRPM8. If you carry the TRPM8 variant (above) – or even if you don’t – give peppermint essential oil or peppermint tea a shot.

Avoiding spicy foods may also help. Capsaicin, which causes the spiciness in hot peppers, can be used to test for hypersensitivity of the TRPV1 channel. This is done by swallowing a capsule with .75mg of capsaicin and seeing how much symptoms worsen.[ref]

A prescription cannabinoid receptor agonist, dronabinol, slows down colonic motility in IBS-D and IBS-Mixed patients.[ref] Currently, the FDA only approved dronabinol for chemotherapy and HIV/AIDS patients. If you live in a state where THC is legal, it might be something to consider.

CBD oil binds to the TRPV1 receptor at certain doses. Read more about CBD and your genes.

Diets to try for IBS:

Just do a quick google search for more information on any of these that you haven’t heard of before.

FODMAPS diet: A diet that eliminates many poorly absorbed and easily fermentable foods that your colon bacteria like to munch on (producing gas and painful bloating).

Related article: Why FODMAPs doesn’t work for some people.

Carnivore diet: While somewhat extreme sounding, a diet of eating only animal foods (meat, dairy, eggs) is purported by some to cure IBS. It makes sense, in a way, because it would eliminate most fiber that bacteria could eat, thus reducing the painful bloating and gas.

Avoiding Nickel: People with nickel allergies can be sensitive to foods that contain nickel. These foods include cocoa, tomatoes, wheat, corn, onions, shellfish, and more.[ref]

Tryptophan: Building serotonin and melatonin
For a lot of people, tryptophan brings to mind napping on the couch after eating a huge amount of Thanksgiving turkey. (Turns out that it isn’t really true that the tryptophan in turkey makes you sleepy – but the post Thanksgiving dinner nap phenomenon is definitely real at our house.) Tryptophan metabolism influences mood, sleep, neurotransmitters, and immune response.

FUT2: Are you a non-secretor of your blood type?
People with a variant in the FUT2 gene do not secrete their blood type. This affects the gut microbiome – and makes you immune to the norovirus.

TNF-Alpha: Higher innate levels of this inflammatory cytokine
Do you feel like you are always dealing with inflammation? Joint pain, food sensitivity, etc? Perhaps you are genetically geared towards a higher inflammatory response. Tumor necrosis factor (TNF) is an inflammatory cytokine that acts as a signaling molecule in our immune system.