Are you a non-secretor? How to check your secretor status on 23andMe or AncestryDNA 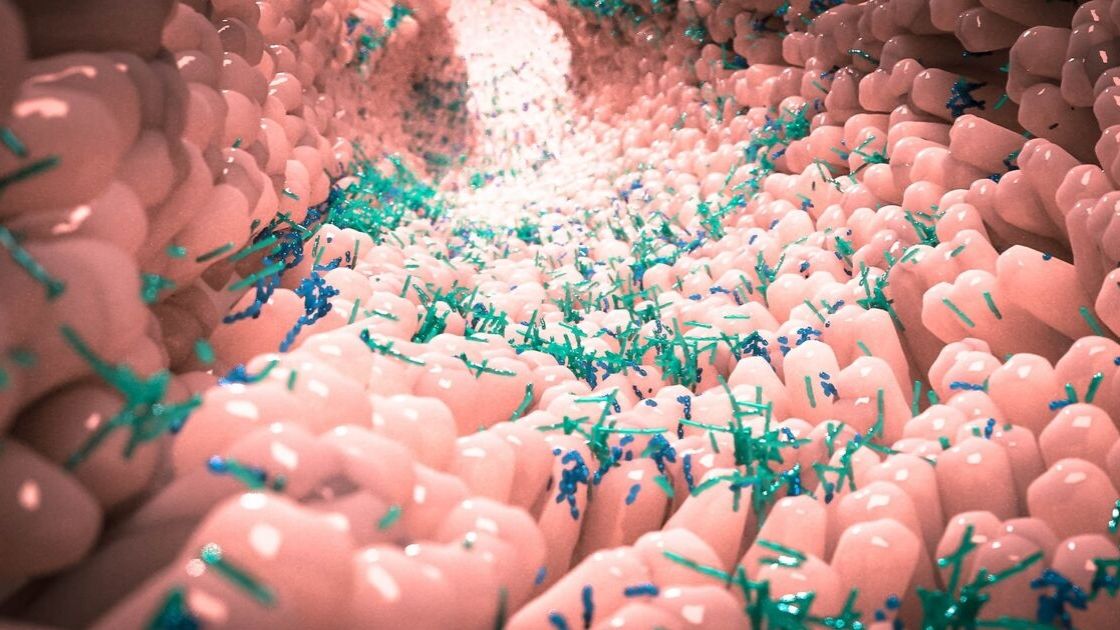 A genetic variant in the FUT2 gene controls whether or not you secrete your blood type into your saliva and other bodily fluids, such as your intestinal mucosa.

Whether you secrete your blood type plays a big role in the type of bacteria that dwell in our gut microbiome. Sounds crazy? But this can have both positive and negative impacts. For example, being a ‘non-secretor’ protects you from getting the norovirus – a.k.a. the dreaded stomach flu.

First, let me explain a little bit of the background science on being a ‘secretor’ or ‘non-secretor’ of your blood type – and then I’ll explain how to check your 23andMe or AncestryDNA raw data file for this information.

Oligosaccharides are a carbohydrate that consists of three to nine monosaccharides (simple sugars). You may be familiar with oligosaccharides as prebiotics in supplements or in foods like chicory and Jerusalem artichokes.

Your body actually makes oligosaccharides as well, and one of those oligosaccharides is what makes up your ABO blood type. Yep – when you give blood and they tell you that you have Type A or Type B blood, this means that your body produces a specific oligosaccharide that is presented on your red blood cells.

The FUT2 gene encodes the enzyme fucosyltransferase, which controls whether the oligosaccharides that make up your blood type will be expressed in your bodily fluids (other than your blood).

For the majority of people, the oligosaccharides that indicate your blood type are also found in your bodily fluids — which includes the mucous lining your intestines, sweat, vaginal mucosa, saliva, semen, and tears.

About 20% of Caucasian and African populations are non-secretors of their blood type. So what is the big deal? It turns out that being a non-secretor affects the way your body interacts with bacteria inside you.

Researchers consider bifidobacteria to be one of the good guys when it comes to your gut microbiome. They are lactic and acetic acid-producing bacteria that help keep your immune system in check.

Bifidobacteria break down carbohydrates (specifically, oligosaccharides) from the foods you eat. They also chow down on the oligosaccharides produced by our body in the intestinal mucosa. That is where secreting your blood type (an oligosaccharide) comes into play.[ref][ref]

How to check to see if you are a non-secretor

A FUT2 non-secretor has a homozygous (two copies) change in the SNP rs601338.

Effects of Being a Non-Secretor:

So what is the big deal about being a non-secretor?  Well, it comes back to our body’s interactions with the microbiome.

B12 Levels in non-secretors:

Non-secretors also often have higher serum B12 levels. This may not truly reflect the amount of B12 that is being transported into the cells, so a test of methylmalonic acid may give you a better indication of your B12 status. [ref]

Babies that are born via C-section to non-secretor mothers have altered microbiomes.[ref]

In other words, if your mom is a non-secretor, your gut microbiome may be altered a little bit.

Non-secretors are resistant to some infectious diseases:

Non-secretor status plays a role in infectious diseases as well. One big advantage of being a non-secretor is resistance to some viruses that cause what is commonly called the ‘stomach flu’.

Non-secretors are at an increased risk for certain diseases:

Secretor status also plays a role in non-infectious diseases as well, possibly through interactions with the gut microbiome. Non-secretors have a higher risk of:

Several places on the internet mention that bifidobacteria-containing probiotics are good for non-secretors. RenewLife’s Ultimate Flora has a high count of several types of bifidobacteria. VSL #3 is another probiotic that has good reviews and contains bifidobacteria.

Mothers who are non-secretors do not produce the 2′-FL oligosaccharide in their breastmilk. This oligosaccharide is now available as a prebiotic via Amazon and other sources. (I’m not sure if the prebiotic is targeted towards adults or infants…) Various strains of bifidobacteria use 2′-FL as a food source, and those bifidobacteria then increase the amount of short-chain fatty acids produced in the gut microbiome.[ref] Thus combining bifidobacteria probiotics and a 2′-FL prebiotic may be beneficial for increasing short-chain fatty acids in the gut. (I’m making some assumptions here – but it may be worth trying if you are a non-secretor with gut problems…)

One theory of why some people are gluten intolerant (without having Celiac) is that low levels of Bifidobacteria and Firmicutes cause alterations to the short-chain fatty acid composition in the gut. This then alters the mucosal barrier in the gut and increases the risk of gluten sensitivity. [ref]  If that theory is right, then probiotics containing bifidobacteria could help with gluten intolerance.

If you want to know how many and what type of bifidobacteria are in your gut, you could do a microbiome sample from uBiome or American Gut.  Do read their privacy policies thoroughly before buying.

2 Comments on “Are you a non-secretor? How to check your secretor status on 23andMe or AncestryDNA”