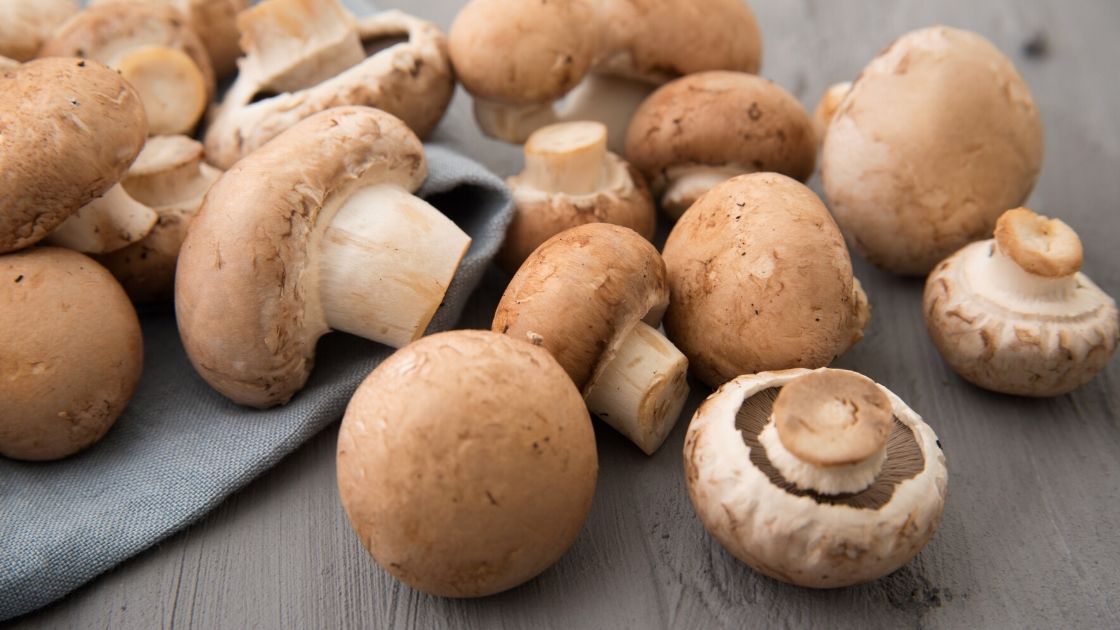 I love mushrooms and can eat them in abundance. But I know a lot of people dislike mushrooms – perhaps for a genetic reason? For some people with intestinal problems and a specific genetic variant, mushrooms can exacerbate these problems.

Crohn’s disease is a serious inflammatory disorder affecting the lining of the intestines. It can cause abdominal pain, fatigue, diarrhea, and weight loss. For some people, it is a chronic condition, and for others, it may just flare up periodically.

An interesting study published in the British Journal of Nutrition looked at some of the foods that trigger intestinal issues for people with inflammatory bowel diseases (mainly Crohn’s).

The study participants were a group of New Zealand Crohn’s patients and a control group without Crohn’s. The researchers were looking at the interaction between foods, disease symptoms, and genetics.[ref]

The top foods found to aggravate intestinal symptoms were corn and mushrooms. Corn is a known allergen and general trigger for a lot of people. The mushroom connection, though, was linked to a specific compound in mushrooms and a specific gene.

The researchers linked the ‘intolerant of mushrooms’ group to a genetic variant of the OCTN1 gene, which in previous studies had links to an increased risk of Crohn’s disease (without a reason why).

The OCTN1 gene (now known as SLC22A4) codes for a transporter of organic cations, which means it moves solutes with a positive charge across the plasma membrane.

Additionally, the SLC22A4 transports gabapentin, and the variant below impacts the clearance of gabapentin.[ref]

Ergothioneine has been the subject of many research studies lately due to its antioxidant properties and potential role in helping with cardiovascular disease. Researchers are looking at it as a positive factor with potential for use as a supplement. Which may be great – for some people…

Our main food source for ergothioneine is mushrooms (white button, shiitake, portobello, and oyster). Other food sources that contain some ergothioneine include liver, black and red beans, and oat bran.[study] It is interesting to note that in the Crohn’s study referenced above, other foods on the top offenders’ list included baked beans, chickpeas, and dried beans. 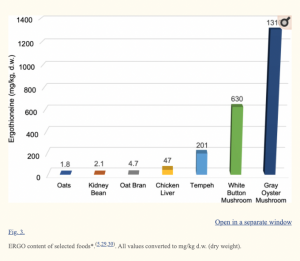 The variant of SLC22A4 linked to Crohn’s disease and, in the study referenced above, to mushroom intolerance for those with Crohn’s disease, causes a gain of function with a 50% increased transport of ergothioneine (ET).

Even though we often think of antioxidants as something to consume in abundance, the study explains: “high levels of ET might lead to an antioxidant overload in red blood cells or epithelium, leading to pro-oxidant effects and/or imbalance in immune reaction. An alternative possibility might involve effects on pro-inflammatory cytokines or heat shock protein 70”.[ref]

Ergothioneine, mushrooms, and adaptation of an agricultural diet?

Members: See your data below Login and select your data file Not a member? Join now.

Note that mushroom intolerance only correlates between the SLC22A4 variant and in those with IBD. If you don’t have any intestinal problems, you may feel perfectly fine when eating mushrooms.

I find it interesting that this SLC22A4 variant is associated with the risk of Crohn’s disease and ulcerative colitis in some populations, but not all. It makes me wonder if the risk could be driven by the amount of ergothioneine in the diet either due to the popularity of mushrooms or due to local soil microbial content.

Carrier of the rs1050152  T-allele? If you have intestinal issues, and especially if you have an inflammatory bowel disease, you may want to try cutting out foods high in ergothioneine.

Curcumin, in a cell study, reduced OCTN1 transport in cells. The research shows that when curcumin is added to the OCTN1 upregulated variant (e.g. T-allele above), the curcumin reduces OCTN1 to the levels of a normal cell. The researchers believe this is one mechanism by which curcumin is helpful in IBD.[ref]  Curcumin is available as a supplement and also in the spice turmeric.

Histamine Intolerance
Chronic headaches, sinus drainage, itchy hives, problems staying asleep, and heartburn — all of these symptoms can be caused by the body not breaking down histamine very well. Your genetic variants could be causing you to be more sensitive to foods high in histamine. Check your genetic data to see if this could be at the root of your symptoms.

While FODMAPs works for a lot of people with IBS, it doesn’t work for everyone. Genetics research explains why some people need a different dietary approach to IBS.