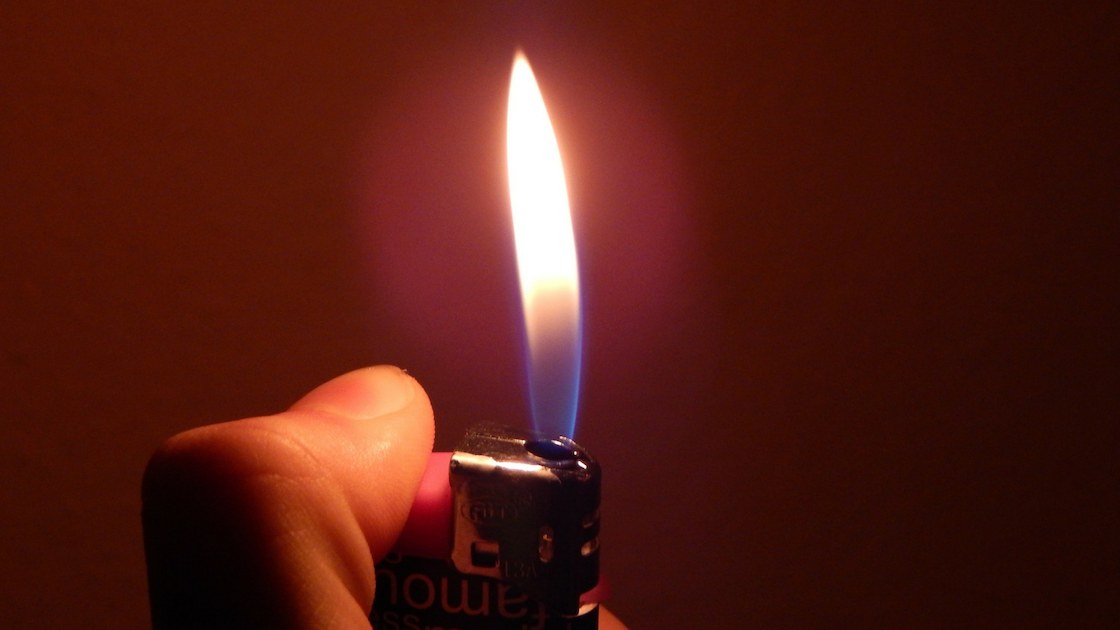 The dream for overweight people: just turn up the internal heat and naturally burn off the extra fat.

It turns out that genetically some people do have more active ‘internal heat’ and they actually are burning off more energy all the time.

The basis for weight loss, to some degree, hinges on:

This is classically thought of as “calories in, calories out”, but it is more complex than research shows.  We all know that some people just seem to be able to eat more and exercise little while maintaining a lean physique. Genetics at work…

Brown fat is one of the factors that come into play for people who are naturally lean.

There are three kinds of adipose (fat) tissue:

Babies are born with up to 5% of their body mass as brown fat. This thermally-active fat helps to keep the newborn warm since they are unable to shiver. Adults have relatively little brown fat; it is usually located around the collar bone and upper back.

If comparing lean adults to overweight adults, lean adults have a greater percentage of brown fat. Mammals that hibernate usually have larger amounts of brown fat to keep them warm in the winter.

There has been a lot of interest in activating brown adipose tissue in order to induce weight loss and to protect against heart disease and diabetic retinopathy. This seems like an ideal weight loss scheme: simply cause the body to increase the amount of heat produced (calories out) by naturally burning fatty acids.

So what makes brown fat ‘brown’?  It looks brown under a microscope because it has a lot more mitochondria, which contain iron. The UCPI gene codes for Uncoupling Protein 1 found in these mitochondria.  As an example, some studies refer to UCPI as ‘thermogenin’.

Normally, mitochondria produce a little heat as a byproduct of energy production (A/TP creation), but the mitochondria in brown adipose tissue that have UCP1 produce quite a bit of heat. Within the mitochondria, UCP1 uncouples the energy generation from A/TP and instead uses it to produce the extra heat.[ref]

You can find UCP1 in brown fat and in the retina of the eye. UCP1 is activated by fatty acids and inhibited by purine nucleotides (ADP and GDP).

Let me break that down a little more and add in some details:

Norepinephrine (noradrenaline) signals through a beta-3 adrenergic receptor to activate UCP1 through a series of steps that involve fatty acids.

Mouse studies show that the deletion of the UCP1 gene causes obesity under normal feeding conditions only if the mice are kept in a ‘thermoneutral’ temperature that was the same as their normal body temp. When mice were kept in, what we would consider, normal room temperature (18–22°C), they shivered to make up for the lack of UCP1. But when kept at a neutral temperature of 30°C, the mice without UPC1 would get fat on a normal diet with the same number of calories.[ref]

There are several polymorphisms of the UCP1 gene that decrease its activity.

The most studied UCP1 variant is -3826A/G (rs1800592) which has been linked in several studies to obesity and diabetic retinopathy risk.  A 2013 study found that the variant (C/C genotype*) accelerated an age-related decrease in brown fat activity.[ref]  Another study showed that the variant was only significant in women.[ref]

A 2011 study of young women showed that those with the C allele had less weight loss on a low-calorie diet than those without the polymorphism. [ref] Other studies found that the C/C genotype increases the risk of diabetic retinopathy in those with Type I diabetes.[ref][ref]

Note that not all studies link UCP1 to increased BMI – age and ethnicity may play a role.[ref]  Interestingly, some researchers have tied the  rs1800592 variant to the human adaptation to colder climates.

There are a couple of other UCP1 variants in studies linking to either a higher or lower risk for obesity.

*The risk allele is given in the plus orientation to match with 23andMe results. Studies may report it in the minus orientation – so translate as C=G and T=A when reading through the research.

One way to stimulate brown fat is by exposing yourself to the cold. This is the most obvious way, and possibly the best way. Things to try:

Caveat: Being cold activates brown fat through norepinephrine release from the adrenal glands. Therefore, if you are already stressed out, have poor thyroid function, or have adrenal fatigue, using cold to induce brown fat may be adding stress to your already stressed system. Use your common sense here and don’t stress your body out too much.

Taking cold to more of an extreme: Wim Hof on the benefits of cold therapy

Since iron comes into play with UCP1, making sure that you have sufficient iron is important.  Before you supplement, always make sure your iron levels are checked. Seriously. (Also check to see if you carry the genetic variants for hemochromatosis– iron overload – before supplementing.)

If you are looking for an inexpensive and easy way to get your ferritin, iron, and TIBC levels checked, UltaLabs has an inexpensive test you can order yourself.

Rutin is a polyphenol found in fruits and vegetables, which stimulates brown fat (animal study).  If you want to supplement with rutin, it is available in a powder form as well as in capsules. Good food sources include capers, black olives, buckwheat, and asparagus.

Fucoxanthin, a carotenoid found in brown seaweed, has shown to increase UCP1 activation. For example, a randomized controlled clinical trial in Japan found that carriers of the rs1800592 C/C genotype had a significantly reduced HbA1c level (a marker for insulin resistance) after taking 2mg of fucoxanthin per day for 8 weeks.[ref]  You can buy fucoxanthin as a supplement or eat a lot of seaweed.

In mice, a diet high in omega-3 fats (specifically DHA) was found to upregulate UCP1 and decrease weight gain. Keep in mind that mice have more brown fat than adult humans have, so this may not give people as big of an effect. Check your genetic data to see if plant omega-3s are a good source for you.

There are several key players in our body’s regulation of hunger, satiety, and energy expenditure. Leptin and ghrelin are two pivotal hormones involved in our desire to eat. Within that leptin pathway, another key regulator of our body weight is MC4R.

Do you wonder why other people don’t seem to struggle with wanting to eat more? Ever wished your body could just naturally know that it has had enough food — and turn off the desire to eat? It could be that you carry a genetic variant in the leptin receptor gene which is linked to not feeling as full or satisfied by your meal.

← Bouncing back after a sleepless night – It’s genetic.
Leveraging your gut microbiome to change your gene expression →