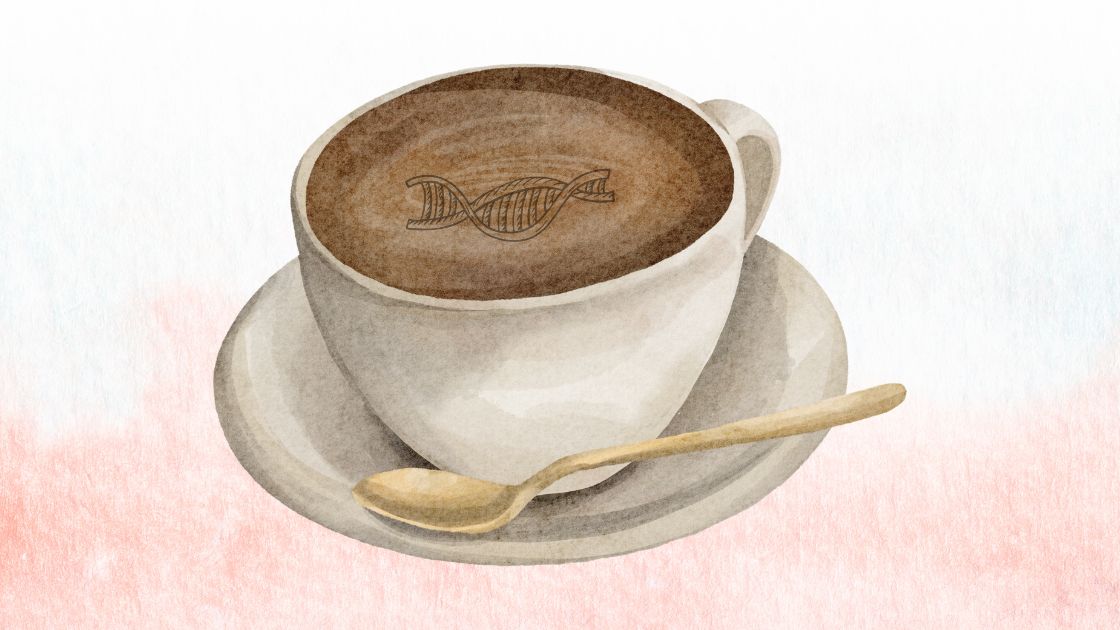 Coffee — is it good or bad for you? Coffee is one of the most popular drinks in the world, second only to tea. It is sometimes controversial due to its caffeine content.

Large, population-wide studies have shown many benefits of coffee consumption, including decreasing the risks of heart disease, endometrial cancer, diabetes, Parkinson’s disease, liver cancer, cirrhosis, prostate cancer, and stroke. On the other hand, large population studies often miss an individual’s reaction to a substance, and coffee’s benefits can vary based on your genes.

Studies have shown many benefits of coffee consumption, including decreased risk of:

Coffee is actually the “number one source of antioxidants in the U.S diet, according to a new study by researchers at the University of Stanton”.[ref]

In brewed coffee, several micronutrients, including potassium, magnesium, and niacin, are available in somewhat significant levels, but variations in soil nutrients, processing, and brewing do make a difference in the micronutrient levels per cup.[ref]

Whether you start your morning with a cup of coffee or tea, caffeine remains the most popular ‘drug’ of choice for a large percentage of the population.

Genetics determines how quickly your body processes and eliminates caffeine and whether it is likely to make you jittery or anxious.

Adenosine is a molecule used in the body for a variety of purposes. One action of adenosine makes us sleepy at the end of the day. Adenosine builds up in the brain over the course of the day and then is cleared out more quickly at night. Higher levels of adenosine make us feel sleepy, driving us to go to sleep at night.

Caffeine can also bind to the adenosine receptors in the brain, blocking the receptors and making you feel more alert.

Changes to the adenosine A2A receptor gene (ADORA2A) also give rise to variations in how we respond to caffeine. Changes in how the adenosine receptor functions due to genetic variants can alter a person’s response to caffeine.[ref]

This gene codes for the enzyme that metabolizes or breaks down caffeine in the body.

Slow metabolizers of caffeine (rs762551 A/C or C/C) might have a slightly increased risk of a heart attack when drinking more than 2 cups of coffee per day. Fast metabolizers (A/A) may have a decreased risk of heart attack with coffee consumption, with heavy coffee drinkers shown to have a significantly decreased risk that is about 70% less than average.[ref][ref] The studies on this aren’t completely clear, with some showing risk and others not finding a risk.[ref]

This gene codes for the adenosine receptor protein, which, among other things, plays a role in regulating dopamine and glutamine release in the brain. Caffeine partially blocks the receptor. Both of the variants listed below are very common.

Interesting studies on these ADORA2A variants:

Genetics and Anxiety
Did you know that about 1 in 5 people will deal with an anxiety disorder at some point in life? From generalized anxiety to separation anxiety to panic disorder – there are underlying physiological and genetic factors involved.

Lactose Intolerance: The genetics of not producing lactase (members article)
Are you a milk drinker? Does pouring a cold glass of milk sound good? Your genes control whether you are likely to produce lactase as an adult, and it is very easy to check your 23andMe or other genetic data to see if you are likely to enjoy a big glass of milk.p