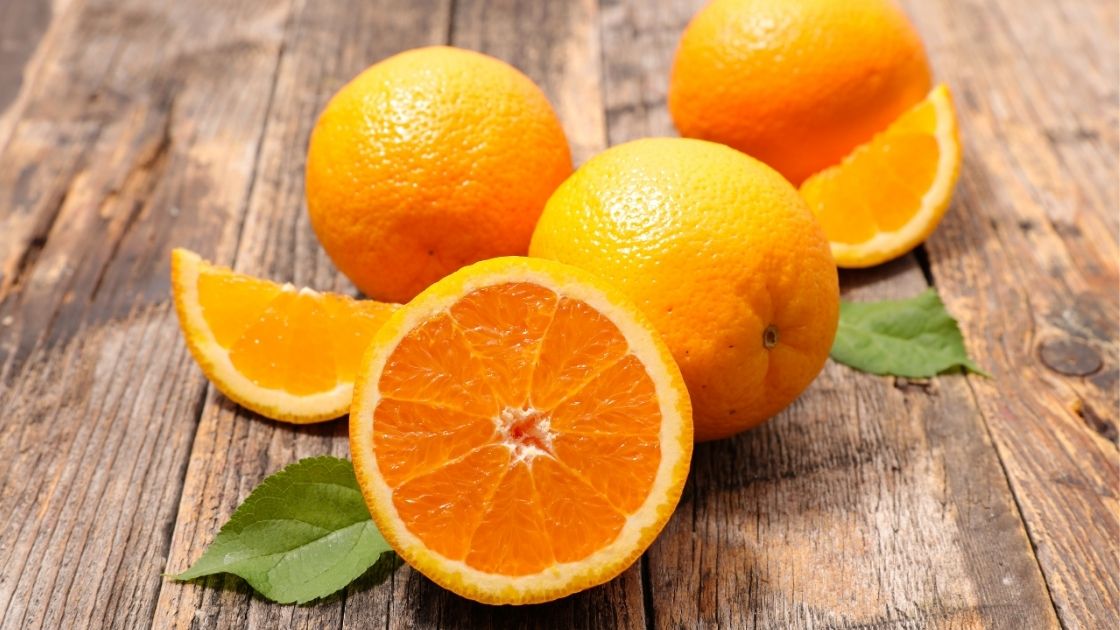 In a nutshell, the anti-inflammatory flavonoid found in citrus called hesperidin may help with cardiovascular health and prevent neuroinflammation.

Hesperidin is a flavonoid found in citrus fruits. Its active metabolite is hesperetin, and you will see both mentioned almost interchangeably in studies.

Orange juice contains 200-600 mg/L of hesperidin, making up about 90% of the flavonoid content.[ref]

The benefits of hesperidin include:

Let’s dig into the details on these benefits:

One aspect of neurodegenerative diseases, such as Alzheimer’s or Parkinson’s, is inflammation in the brain cells. This neuroinflammation involves certain cell types, such as astrocytes and glial cells, which protect the neurons from insults.[ref]

There are several possible causes of neuroinflammation, including pathogens and oxidative stress.  Sources of oxidative stress can include heavy metals, pollution, smoking, mold exposure, viral infections, and more.

As usual, human studies aren’t quite as clear-cut.

Hesperidin in animal studies has been shown to enhance immune response while at the same time preventing excess cytokine production.[ref][ref]

Preliminary studies in chronic rhinosinusitis show that hesperidin increases mucosal clearance. This is being looked at for people with cystic fibrosis mutations.[ref]

In silico studies can look at how the structure of the SARS-CoV-2 virus interacts with compounds (drugs, natural supplements, etc).

These computational models show hesperidin binding to the main protein needed for replication of the SARS-CoV-2 virus. Additionally, hesperidin counteracts the oxidative stress created by the infection.[ref]

Studies on SARS-CoV from 2005 also show that hesperetin is a potent inhibitor.[ref]

Clinical trials are needed to see how effective hesperidin is against SARS-CoV-2 in vivo and at what dosage.

Being investigated for Pelvic organ prolapse:

A recent preprint study looked at gene expression in vaginal epithelial cells in women with pelvic organ prolapse (POP). The results showed that inhibiting TGFB1 signaling may be a target to explore for POP. Hesperidin has been shown to decrease TGFB1 signaling.[ref]

Absorption: Hesperidin is ranked as one of the most bioavailable flavonoids. When you eat foods containing hesperidin (or take it as a supplement), it isn’t broken down very well in the stomach or small intestines. Instead, your colon’s microbiome converts it to the more bioavailable aglycone hesperetin for easier absorption in the colon. It is thought that the metabolites are what give the health benefits, rather than the original hesperidin molecule.[ref]

Safety: Animal safety studies show that it is non-toxic and non-mutagenic.[ref] Talk with your doctor if you have any questions about your particular situation.

TNF-alpha: Inflammation and Your Genes
Do you feel like you are always dealing with inflammation? Joint pain, food sensitivity, etc? Perhaps your body genetically gears towards a higher inflammatory response. Tumor necrosis factor (TNF) is an inflammatory cytokine that acts as a signaling molecule in our immune system. In an acute inflammatory situation, TNF-alpha plays an essential role in protecting us.

Should you increase your vitamin C intake? Genetics and vitamin C absorption
Vitamin C is often the first supplement most of us reach for when getting sick. Whether upping the OJ or going with a supplement, vitamin C is known for its ability to boost the immune system. It turns out, though, that vitamin C is important for more than just ‘cold and flu season’, and higher levels of vitamin C intake may protect against cardiovascular disease, gastric cancer, and neurodegenerative disorders.

Long Covid: Research Studies and Potential Causes
Learn about the current research on the physiological causes of long Covid.