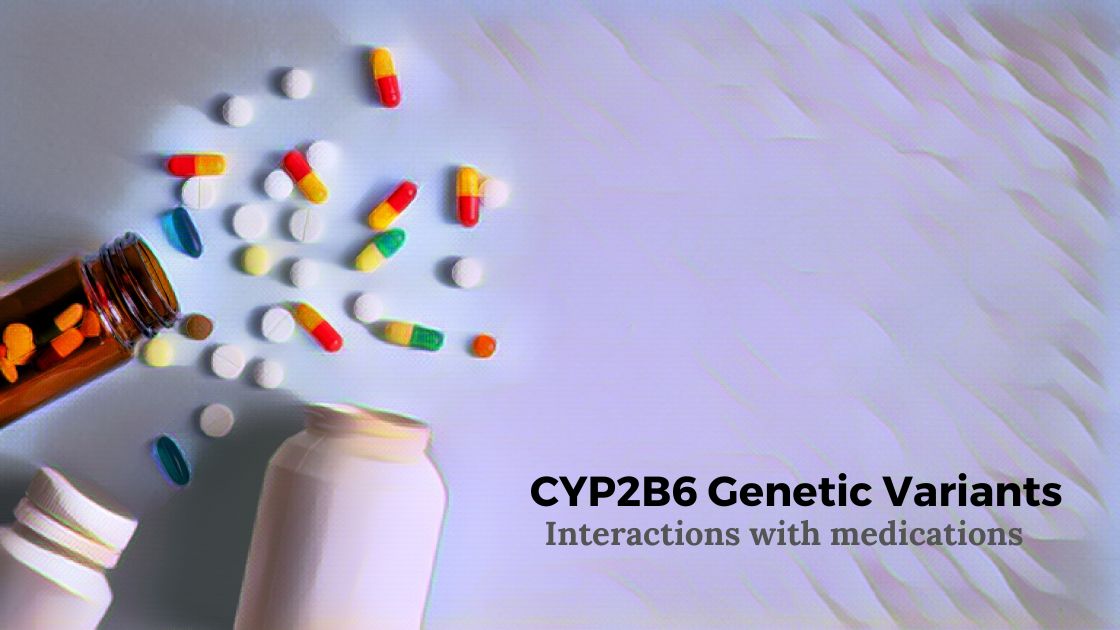 The CYP2B6 enzyme is part of the body’s first line of defense in detoxifying and breaking down certain substances. It is one in the family of CYP450 enzymes, and CYP2B6 is important for metabolizing several medications.

In general, CYP2B6 enzyme function is a little higher in women than in men.[ref]

What does CYP2B6 do besides break down medications?

Mice with reduced CYP2B6 function ended up becoming more obese and having higher triglycerides and cholesterol (compared to normal mice) when fed a bunch of corn oil.[ref] Keep in mind that this is an animal study… I’m unable to find any research on humans with lower CYP2B6 and dietary interactions.

The CYP2B6 enzyme metabolizes organophosphates at lower concentrations, such as from normal exposure to pesticide residue.[ref]