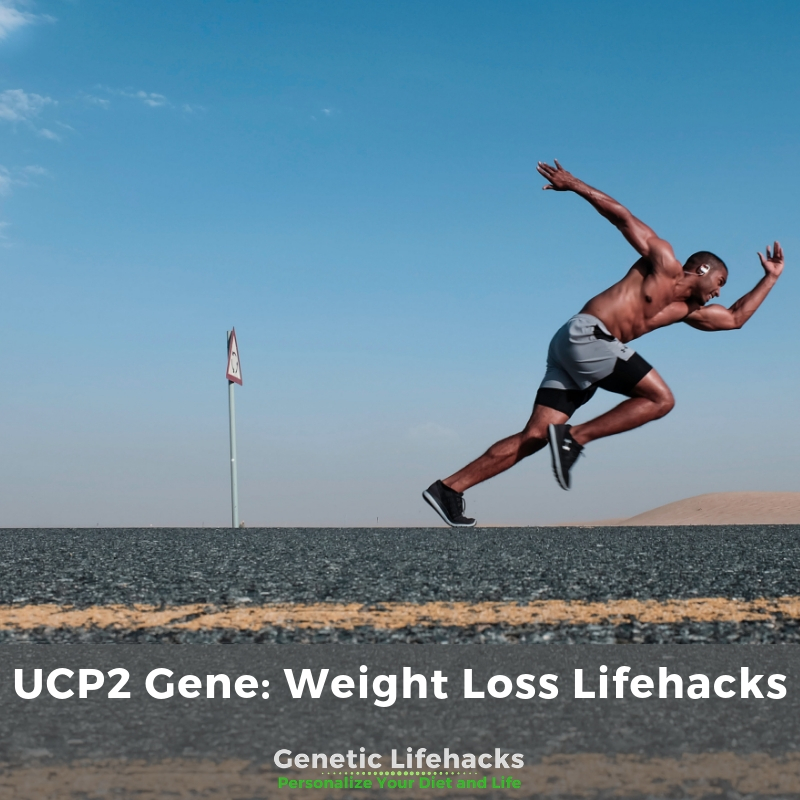 Turning up the heat on your metabolism is the job of UCP2. The UCP2 gene codes for an uncoupling protein that works in the mitochondria (energy powerhouse) of our cells, producing heat through the uncoupling of the protons. It is found in a variety of tissues throughout the body including white and brown fat cells, muscle, liver, kidney, heart, liver, lungs, and more. [ref]

In addition to producing heat from the proton gradient in the mitochondria, UCP2 also mitigates the production of reactive oxygen species (ROS). So it plays a role in energy production, metabolism, and inflammation.

Light: One study in Bali found that the UCP2 genetic variant only contributed to an increased risk of obesity in urban people (compared to rural).[ref] Some environmental differences between urban environments and rural would include the presence of more light at night and a greater likelihood of staying up later, as well as a difference in the types of food eaten.

The reason that I bring up light at night as an urban vs. rural environmental change is the impact of melatonin on UCP2.  Basically, melatonin upregulates UCP2, and it also acts within the cell to reduce excess ROS.[ref]  One way to increase the body’s production of melatonin is to block blue light in the evening with blue-blocking glasses.  This can increase melatonin production by 50% within two weeks.

Overall, I’m not convinced that trying to increase UCP2 is a good idea to do for the long term. It seems to be a balancing act between reactive oxygen species, inflammation, and energy balance. Plus, UCP2 is upregulated in cancer.[ref]

Growing up ‘big-boned’: MC4R gene and obesity
There are several key players in our body’s regulation of hunger, satiety, and energy expenditure. Two pivotal hormones involved in our desire to eat are leptin and ghrelin. Within that leptin pathway, another key regulator of our body weight is MC4R.