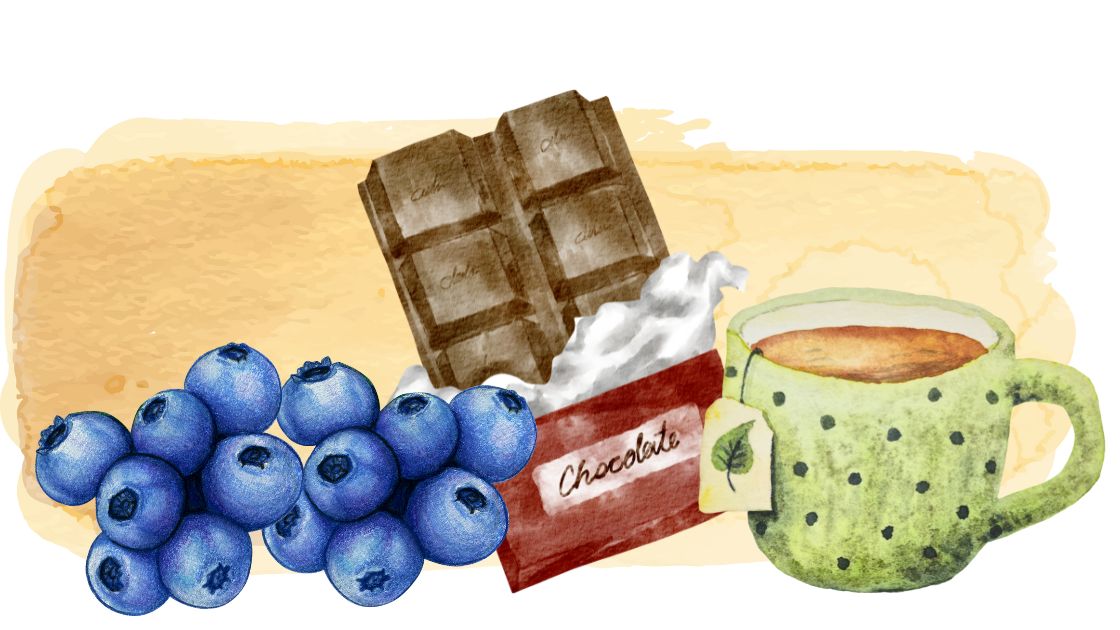 Adele’s dramatic weight loss has brought the SIRTfood diet back into the headlines. The diet plan, based on the 2016 book The SIRTfood Diet, proposes weight loss occurs by activating sirtuins.

Popular social media articles explain that the diet ‘turns on your skinny genes’, which may raise a few eyebrows in the science-minded crowd. (Where exactly is that ‘skinny gene’?)

I’m diving into the science of the fascinating SIRT genes, explaining how they work and showing you how to check your SIRT gene variants. The Lifehacks section will explain the scientific research on different sirtuin activators and how you could apply these solutions to ‘hack’ your sirtuins for healthy aging and increased metabolism. I end with my thoughts on whether the SIRTfood diet works based on the exact foods included vs. a general reduction in calories eaten.

Sirtuins are a family of seven proteins that are important in removing acetyl groups from molecules.[ref]

What are acetyl groups, and why should I care? Acetyl groups within the nucleus of the cell attach to the DNA at certain points, marking and opening up the DNA for transcription. Think of them as a chemical post-it note, pointing to what needs to be transcribed into a protein or enzyme for the cell.

Sirtuins remove the acetyl group at the right time, allowing the DNA to compact again and protect it from damage. Essentially, sirtuins turn off a protein. This is an essential function to regulate proteins that are important for aging, metabolism, circadian rhythm, and cell growth.

Sirtuins respond to the energy level changes in a cell. They regulate the transcription of other proteins based on how much energy is available.

In addition to removing acetyl groups in the cell nucleus, some sirtuins are active in the mitochondria and the cytoplasm of the cell. These mitochondrial sirtuins are important in energy production, metabolism, and cellular health.

Recap: The sirtuins are a family of proteins that respond to the available energy levels in the cell. They modify the production of other proteins and can increase or decrease overall metabolism.

The SIRT1 protein is located in all cells. Its job in the nucleus of the cell is to remove the acetyl groups that mark which genes should be translated into their proteins. Thus, SIRT1 influences when other proteins are made by the cell. It’s a regulator reacting to the energy available in the cell.[ref]

SIRT1 acts as a cellular sensor of how much food (energy) is available. At a cellular level, the level of NAD+ is one-way SIRT1 is activated. NAD+ is created and used in the mitochondria during energy production. When energy is low, such as during calorie restriction or hard exercise, the ratio of NAD+ to other mitochondrial molecules rises. This increase in NAD+ triggers an increase in SIRT1 expression.

By affecting the expression of different proteins involved in metabolism, circadian rhythm, and autophagy, SIRT1 affects both overall metabolic rate (and weight) as well as longevity.

Insulin resistance causes SIRT1 levels to decrease. Research shows that increasing SIRT1 will improve insulin sensitivity, especially in situations of insulin resistance. SIRT1 does this by repressing the translation of a gene called PTP1B, a protein tyrosine phosphatase that is a regulator of insulin signaling.[ref]

SIRT1 in your fat cells:

Adipose tissue (fat cells) can be either white or brown.

As we age, one thing to keep in mind is the balance between the needed cellular regeneration and prevention of the out-of-control growth of cancerous cells.

While it may seem like we always want to increase SIRT1, there could be trade-offs when it comes to preventing a cancerous cell from being destroyed.

In regards to autophagy, one important gene that SIRT1 acts upon is called p53. This is a tumor suppressor gene that needs to be available in cells in the right amount to cause cell death in a cancerous cell. The p53 protein stops the process of cell division, which allows for either a repair of the damaged DNA or apoptosis (cell death).

There are several animal and cell studies showing that inhibiting SIRT1 may help to combat cancer.[ref]

Don’t get me wrong here. I am not suggesting the SIRTfood diet will promote cancer. Instead, I want to clarify that if you have cancer, be cautious and thoroughly investigate supplements that increase SIRT1 activity.[ref] Talk with your doctor, of course.

SIRT3 is a mitochondrial protein and has also been studied in regard to longevity and metabolic syndrome. It is involved in turning on and off several important mitochondrial genes.  Higher levels of SIRT3 are connected to longevity.

SIRT3 is also involved in metabolism, and a study with mice lacking SIRT3 had greater obesity and insulin resistance on a high-fat diet. The reduction of the SIRT3 function was found to lead to mitochondrial dysfunction and metabolic syndrome.[ref][ref]

SIRT3 regulates the activity of proteins that are important for mitochondrial function, such as those needed for fatty acid oxidation and for reducing oxidative stress.[ref]

Researchers have found that both exposures to cold and reducing calories upregulate SIRT3.[ref]

SIRT3 function is also important in preventing cancer. Mice with the gene deleted are more likely to have tumors, and human breast cancer tissue shows deletion of SIRT3 in 40% of carcinomas.[ref]

Interestingly, SIRT1 acts to deacetylate SIRT3 in a post-translational manner. I mentioned above that acetylation marks a gene to be translated into a protein, but that is only part of the picture. Acetyl groups also act upon proteins after they have been created, and acetylation or deacetylation of a protein can change the way it functions in a cell.[ref]

In the case of SIRT3, the SIRT1 protein can regulate SIRT3 activity and mitochondrial function.[ref]

Why is this important? We often think of changing one gene to alter one function – like pulling a lever to turn something on or off. But it can often be more complicated than just that single lever; the interactions between the sirtuins may also be important in overall metabolism.

One role of SIRT6 is to help regulate the production of glucose in the liver during fasting. Called gluconeogenesis, the liver produces glucose to regulate blood glucose levels. SIRT6 interacts with several other proteins in turning off and on genes that regulate liver glucose production. Animal models of obesity and diabetes have reduced SIRT6 levels.[ref]

Additionally, SIRT6 senses a type of DNA damage called double-strand breaks, which are dangerous to a cell. SIRT6 activates the DNA damage response to repair damage to your chromosomes.[ref][ref]

I mentioned above that the way SIRT1 detects a change in cellular energy levels is through the change in the ratio of NAD+ to NADH.

The ratio of NAD+ to NADH changes when there are stresses to the cell. This can include a lack of food (calorie restriction for a few days), hard exercise, and also oxidative stress. Through sensing the changes in NAD+, the sirtuins act as stress adaptors.[ref]

Alternatively, there are supplements such as nicotinamide riboside (NR) that can increase NAD+, thus positively altering the NAD+ to NADH ratio and inducing SIRT1 and SIRT3 expression.[ref][ref]

Looking at the research on genetic variants can tell you two things:

Important in metabolic regulation, telomere maintenance, and mitochondrial respiration. Deficiency in SIRT6 can lead to increased triglycerides and LDL cholesterol, which increases the severity of coronary artery disease.

The SIRTfood diet starts with a low-calorie (1000 – 1500 calories) induction week coupled with drinking lots of green smoothies. Then the diet plan moves through several phases with specific food recommendations.

Let’s take a look at how this stacks up to what research studies show.

Would you have to do the SIRTfood diet plan to have an increase in SIRT expression? Well, studies indicate a calorie restriction of about 40% increases sirtuin activity regardless of which foods are being eaten. Consistently restricting calories also makes people grumpy and irritable. Intermittent fasting programs that reduce calories for a few days, though, also should increase SIRT1.

These foods include polyphenols that have been shown to increase SIRTs when consumed in high amounts. The specific polyphenols that are important here are quercetin, curcumin, EGCG, and resveratrol.

While the recommended foods can definitely be part of a healthy diet, I am unable to find evidence that you can eat enough of them to activate the sirtuins.  Instead, most of the studies on polyphenols seem to be using amounts of the nutrients for which you would need to use supplements.

Drugs that interact with the sirtuins:

The other side of the picture here is that you want to make sure you aren’t sabotaging your goals of increasing sirtuins through a medication that you’re taking.

Does the SIRTfoods diet work?

Metformin
A decades-old diabetes drug now holds promise for increasing healthspan. Research shows that metformin may reduce the risk of some of the diseases of aging, thus increasing the number of years someone is healthy.

Vitamin D, Genes, and Your Immune System
Vitamin D is more than just a ‘vitamin’. It is actually a hormone that is essential to so many processes in your body – including your immune system. This article explains how vitamin D interacts with the immune system and which genetic variants are linked with low vitamin D levels. We will wrap up with ways to increase your vitamin D level.