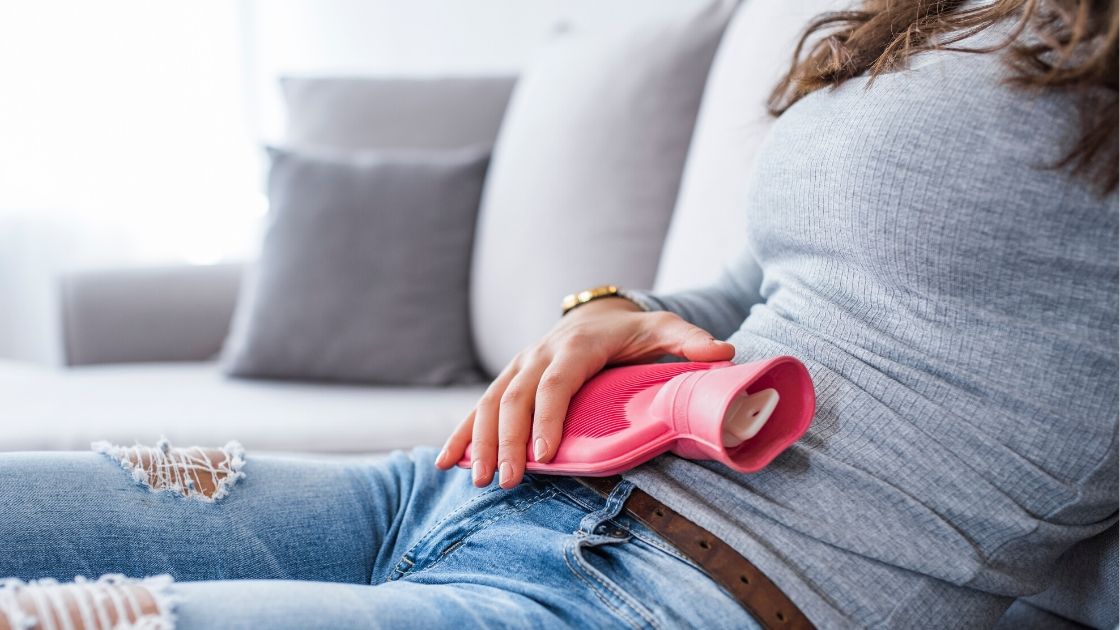 Uterine fibroids are a problem for a lot of women, especially after age 30. Fibroids are benign tumors that grow in the muscle cells of the uterus. While estimates vary, at least half of American women who are of reproductive age have fibroids.[ref ]

This article digs into the causes of fibroids, explains how your genetic variants can add to the susceptibility, and offers solutions backed by research.

Symptoms of fibroids include:

Fibroids can also play a role in infertility for some women. But not all women have symptoms with fibroids – it depends on the location and size. 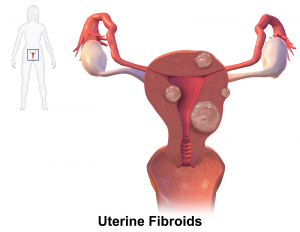 You would think that something that affects more than half of women would be well understood and have good solutions available. Oddly enough, there are still questions surrounding the causes of fibroids, and a lot of the solutions available are either ineffective or come with significant side effects.

Genetics plays a role in the susceptibility to fibroids, but, as you will see, lifestyle factors are also important.[ref ]

Genetics studies show that a fibroid will arise from one cell that has somewhat unchecked growth. Stem cells are present in the muscles of the uterus, which need to be able to grow and change both monthly and during pregnancy.[ref ][ref ]

The stem cells in the uterine muscles are capable of replicating into more muscle tissue – that is their whole purpose. When there is DNA damage in a growth-related gene, the stem cells go on a growth spree and become fibroids. Additionally, the conditions for growth and proliferation of the cells need to be right (see below). The body’s normal way of dealing with damaged DNA also needs to be overridden.[ref ]

The cells in a fibroid have increased estrogen and progesterone receptors. Animal studies show that the addition of estrogen alone, or estrogen plus progesterone, can increase the size of fibroids.[ref ]

In the uterus, estrogen upregulates IFG-1 (insulin-like growth factor 1), EGFR, TGF-beta1. These are all growth-related molecules.[ref ]

Interleukin-1 is an inflammatory cytokine that can inhibit REST, which is a tumor suppressor. Interleukin-1 happens to also be upregulated in fibroid tissue.[ref ]

Adding fuel to the fibroid fire, exposure to endocrine-disrupting chemicals such as BPA and phthalates also increases the risk and growth of fibroids.

BPA is a component of plastics and a known endocrine disruptor, similar in structure to estrogen. A cell study shows that exposure to low levels of BPA increases the proliferation of fibroid cells. [ref ] A study of 495 women who were diagnosed with fibroids found that they had higher concentrations of BPA in them than women without fibroids.[ref ]

2-hydroxy-4-methoxybenzophenone, a UV filter found in sunscreens, has links to an increase in fibroids.[ref ]

Phthalates, found in plastics, vinyl, and fragrances, act as endocrine-disrupting chemicals and have links to an increased risk of fibroids. This was especially true in women who carried the GSTM1 null genotype.[ref ]

Early-onset fibroids are linked to exposure to diethylstilbestrol (DES) in-utero. DES, an estrogen medication, was used from 1940 to 1971 for pregnant women. The daughters of women who took DES were at a higher risk for fibroids and at a younger age.[ref ]

Genetic variants that increase the risk of fibroids:

Members: Login and select your data file
Not a member? Join now to see your data felow.

None of these genetic variants cause fibroids on their own. Instead, they all add to the susceptibility. You will notice these variants are involved in the vascular system (important for blood vessels for the fibroid), DNA repair pathways (important in proliferation), and estrogen pathways.

ACE gene: codes for the angiotensin-converting enzyme, which is important in vascular diseases.

XPC gene: codes for part of the DNA repair pathway

XPG gene: codes for part of the DNA repair pathway

Check your genetic data for rs9344 (AncestryDNA only):

Another study found that frequent milk and soybean use was linked with an increased risk of fibroids.[ref ] Unfortunately, the study lumped both of those together as a category, so I’m not sure which one was important. The implication here is that additional phytoestrogens or bovine hormones could increase fibroids.

Food additives, sweeteners, and preserved foods have links to an increased risk of fibroids. (Not really helpful since the study doesn’t really narrow down or define those terms.)[ref ]

Phthalates are a chemical found in plastics, vinyl, and artificial fragrances (personal care products, air fresheners, and laundry products). They act as estrogen mimics in the body. The level of phthalate metabolites is associated with the size of fibroids – more phthalates in the body = bigger fibroids.[ref ][ref ]

Similarly, higher BPA levels have links to increased odds of fibroids. BPA can be found in some plastics, household dust, and thermal printed receipts.

What can you realistically do to avoid phthalates and BPA? Check your personal care products for phthalates, and look for laundry products without artificial fragrances included. Dusting and vacuuming regularly have been shown to decrease BPA. Handling thermal printed receipts, especially with wet hands, increases BPA fairly significantly in the body.

While not without potential long-term side effects drawbacks, using anti-inflammatory drugs, such as ibuprofen, can be effective for reducing heavy menstrual flow.[ref ] Aspirin in cell studies reduced fibroid proliferation.[ref ]

Thyroid Genes: Autoimmunity and Hypothyroidism
The thyroid is a master regulator of many of your body’s systems. It is integrally involved in metabolism and helps maintain body temperature, heart rate, breathing, and body weight. Your genes play a big role in how well your thyroid works and how your body produces and converts the different forms of thyroid hormone.

Detoxifying Phthalates: Genes and Diet
Plastics are everywhere – and a source of the chemicals that we are exposed to on a daily basis. One component of plastics is a class of compounds referred to as phthalates, which can act as an endocrine disruptor and mimic estrogen.