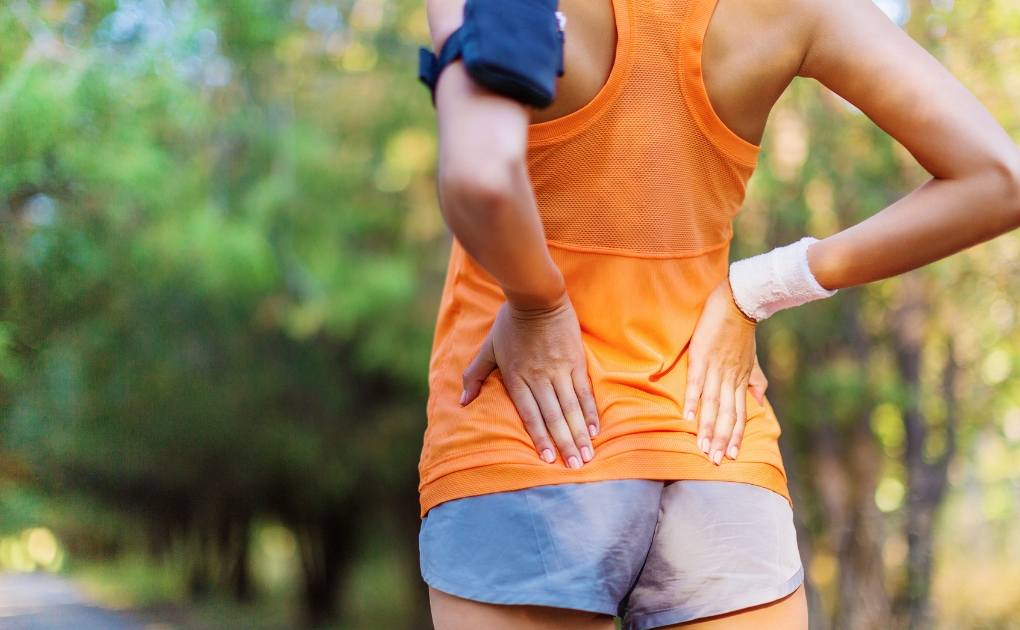 For some people, back pain is a daily occurrence that drastically affects their quality of life. For others, it may be an intermittent nagging problem popping up occasionally, often without rhyme or reason.

This article digs into the root causes of back pain and the genetic variants that increase susceptibility. There is no single ‘back pain gene’, but genetics plays a role both in the degeneration of the disc and whether you feel the pain. I’ll finish up with some possible solutions that target specific genes. Members will see their genotype report below, plus additional solutions in the Lifehacks section. Consider joining today.

What causes back pain?

If you are like me, you may have thought back pain was always a mechanical or structural type of problem — something is broken down in the back that hurts. We talk about it as a mechanical problem: “I was moving a piano yesterday, and I threw out my back.” (Or, more realistically, for people that I know: “I was sitting on the couch… reached to grab a blanket and threw out my back.”)

But that isn’t all that there is to the story. It turns out that the majority of people by middle age have disc degeneration. But most don’t have pain from it. Piano movers can move that piano all day long and be perfectly fine; someone else might step off of a curb wrong – and be in pain for months. And yes, your genes are involved.

Mechanics of your back:

The spinal column is made up of 33 vertebrae, separated by spongy discs.

The annulus fibrosus is made up of layers of cartilage that is made from type I and type II collagen. The nucleus pulposus consists of loose fibers suspended in a gel. This acts as a shock absorber for the spine. The composition of the extracellular matrix making up the gel includes a couple of types of collagen and specific glycoproteins.

What causes the pain?

There are several different elements at play in back pain:

We are all different in our genetic variants in the genes coding for inflammatory cytokines, collagen formation, and autophagy (the cleanup and recycling of cellular waste).

Back pain can come from a combination of those sources – inflammation, altered collagen in the extracellular matrix, and oversensitive pain receptors. These causes work together. For example, inflammatory cytokines can cause the breakdown of the extracellular matrix of the disc. Excessive autophagy can cause cell death which increases inflammatory cytokines.[ref]

You will often hear people talk about a slipped disc, which brings to mind a terrible picture of a vertebra off to one side.

A herniated or slipped disc refers to when part of the nucleus pulposus protrudes through the annulus fibrosus (see the picture above).

The terminology is a bit misleading here because nothing is really ‘slipped’, more of a bulging in one direction.

Lumbar (lower back) disc degeneration is caused both by genetics and by environmental or physical factors. Researchers actually estimate that genetic factors are more important than environmental factors.

A lot of people have disc degeneration – and don’t know it! They have no pain or symptoms.

Why does disc degeneration cause pain only for some people? Elevated inflammatory cytokines may be the answer.

Interestingly, there is a link to bacterial infection and disc degeneration. Researchers had suspected for more than a decade that a portion of diseased discs was due to chronic infection from Propionibacterium acnes. (This is one of the bacteria that causes acne on the skin.)

Quite a few studies have shown that Propionibacterium acnes is present in disc degeneration, but there was always a question of whether the bacteria could have been contaminated from the skin instead of colonizing the disc material. A recent study has put this question to rest. It looked at samples of 162 discs from people undergoing surgery for disc herniation. The samples showed that 44% of the discs had bacteria in them, with most of those having Propionibacterium acnes in them. Furthermore, the samples showed high levels of bacteria and biofilms having formed in the disc material.[ref]

Genetic studies back up this connection. Some of the same genetic risk variants for acne also increase the risk of disc degeneration.

Pain, numbness, and tingling shooting down your hip and leg can be caused by a herniated lumbar disc pressing on the sciatic nerve. There are other possible causes as well, including the piriformis muscle in the butt constricting the nerve. Sciatica can be extremely painful and aggravating.

Genetic studies using twins estimate the genetic component of sciatica could be as high as 40%.[ref]

Below are some of the genetic variants associated with disc disease (bulging, herniated, degeneration, and sciatica). Studies in twins show the ‘heritability’ or genetic component of disc degeneration is between about 34-76%, depending on the location of the degeneration. This is surprisingly high for something most people think of as a problem associated with injury or due to repetitive use.[ref]

Disc degeneration can be induced, at least in part, by inflammatory cytokines. This basically means the body’s inflammatory response is overactive and causes a breakdown of the extracellular matrix within the disc.[ref]

The IL1A gene codes for the interleukin 1-alpha cytokine. This gene plays a central role in regulating, or turning up or down, acute inflammatory response.

Interleukin-6 is a cytokine or inflammatory molecule produced by the body as part of an inflammatory reaction.

The CILP gene codes for the cartilage intermediate protein. This protein interacts with TGF-B1 in inducing the extracellular matrix proteins.

This gene codes for type I collagen that is incorporated into the spinal discs.

These genes code for a type of collagen (type XI) that is incorporated in the extracellular matrix disc.

This is an autophagy gene, illustrating that autophagy (the breaking down and clearing out of cellular waste) is important in healthy discs.

This gene codes for a protein called parkin and is thought to play a role in autophagy (mitophagy) and degrading unwanted proteins.

I’m going to assume that if you have back pain, you’ve probably tried various pain relievers (NSAID’s, aspirin) and either a heating pad or ice pack already… Hopefully, you have already looked into stretches and gentle exercise options as well. Instead, this section will focus on some more targeted therapies. This is all for informational purposes only – talk with a doctor if you have questions.

If you have disc disease and your genetic susceptibility lies in the inflammatory genes (IL1A, IL6), there are a couple of things you could try to turn down that inflammatory response.

Curcumin Supplements: Decreasing Inflammation
Have you heard that curcumin supplements offer a slew of health benefits? Discover the science behind how curcumin reduces inflammation for better outcomes in chronic diseases.

TNF-alpha: Inflammation and Your Genes
Do you feel like you are always dealing with inflammation? Joint pain, food sensitivity, etc? Perhaps you are genetically geared towards a higher inflammatory response. Tumor necrosis factor (TNF) is an inflammatory cytokine that acts as a signaling molecule in our immune system.