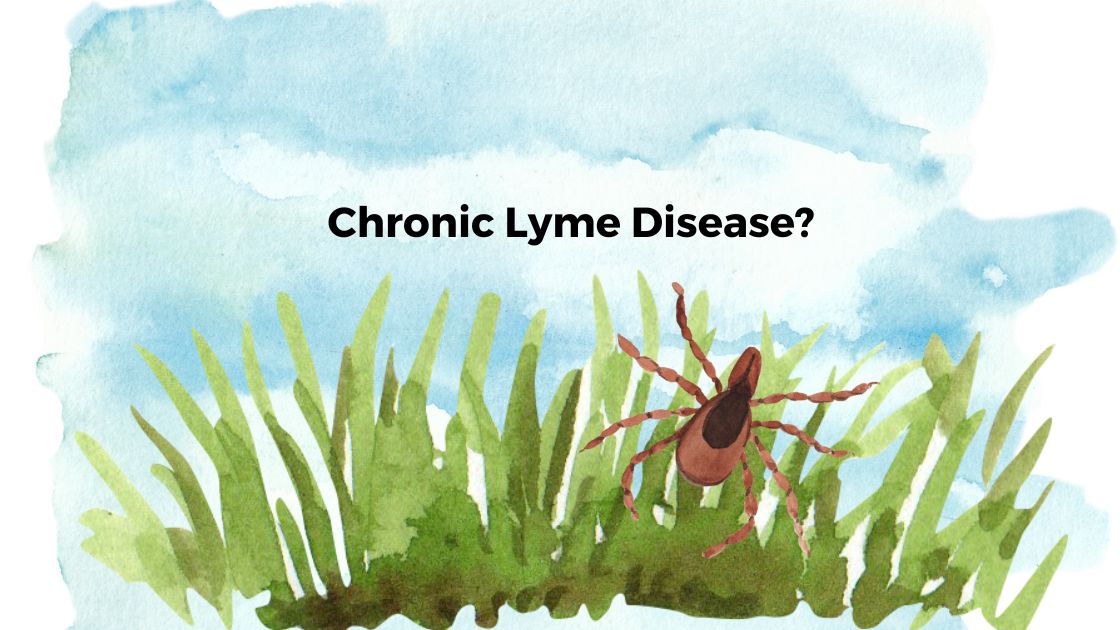 Lyme disease affects 300,000 people a year in the US, mostly in the Northeast and upper Midwest, but is now found in almost all states. It is also a disease that is controversial, causing heated online arguments, misunderstood patients, and sometimes wacky cures.[ref]

Interestingly, genetic variants impact both how Lyme disease affects you and how well antibiotics work for you.

Symptoms of Lyme include:

The CDC’s data on Lyme disease dates back to 1991, but reports of Lyme disease go back to the mid-1970s. The number of cases has grown steadily since the early ’90s, and the areas where the disease is found has spread across the country.[ref]

In Europe, Lyme is also present and sometimes called Borreliosis. Cases can involve genospecies of Borrelia including B. afzelii, B. garinii and B. valaisiana.[ref][ref]

Can Lyme disease be completely cured?

Several weeks of treatment with antibiotics will cure Lyme disease for the majority of people.[ref]

Unfortunately, not everyone reacts the same way to Lyme disease. Genetic variants can cause some people’s immune system to act differently towards the Borrelia species, and other genetic variants can influence how well antibiotics work within your cells.

What is chronic Lyme disease?

There seems to be a lot of swirl and controversy regarding the diagnosis of chronic Lyme on the internet (well, on “the Facebook”).

Some people use the term chronic Lyme to indicate they still have symptoms such as fatigue and brain fog after having gone through antibiotic treatment. The powers that be now call that “Post Treatment Lyme Disease Syndrome (PTLDS)”. There are quite a few studies on PTLDS, and that is mainly what will be covered here in the genetics part of this article.

The term chronic Lyme is also often applied for people who don’t feel well (fatigue, brain fog) but also haven’t ever had blood tests that show up positive for Borrelia burgdorferi. This usage and lots of alternative medicine diagnoses have caused a big backlash from mainstream medical people. It seems to be a fairly polarizing topic that leaves patients getting the short end of the stick.

PTLDS is much easier to define than chronic Lyme. After receiving standard treatment for Lyme (several weeks of antibiotics), some people still continue to have ‘clinically relevant’ pain, fatigue, sleep disturbance, depression, and lower quality of life. Usually, the blood tests for these people are normal. This has been well documented in several studies.[ref]

PTLDS affects between 10 and 20% of people treated for Lyme, according to official estimates.  Other studies show that mild symptoms, whether ‘clinically relevant’ or not, remain for half or more of patients after treatment.[ref][ref]

What causes PTLDS? There are several possibilities.

The question then becomes “why do 10 -20% of people treated for Lyme not recover completely”? With 300,000 Lyme cases per year just in the US, that could leave 60,000 people per year who deal with chronic, long-lasting symptoms. One study estimates that by 2020 the cumulative number of people dealing with PTLD could be as high as 1.9 million.[ref]

Genetics can play a role in how well treatments for Lyme disease work.

ABCB1 gene: controls the way the cells export medications (like antibiotics) back out of the cell.

Genetic variants that impact your body’s immune response to Lyme:

TLR2 gene: codes for a part of the immune system response to pathogens

Check your genetic data for rs5743708 (AncestryDNA only):

ANO10 gene: codes for a protein involved in macrophages and cellular volume in the immune response

If you find a tick and have symptoms of Lyme, the earlier you get treated the better the odds are of a complete recovery.[ref][ref]

There are several ongoing clinical trials for different protocols to determine the best treatments for Lyme, so hopefully, more answers will be available soon.[ref]

When it comes to chronic Lyme, research shows that more antibiotics after the initial course isn’t likely to help.[ref][ref] Pulse dosing with ceftriaxone after other antibiotics doesn’t seem to work very well either.[ref]

A randomized controlled trial found that amoxicillin (20-day course) was a little more effective than azithromycin (7-day course).[ref] If you have a choice of antibiotics and no allergies to either, amoxicillin might be your better option — but this is one of those things to talk with and listen to your doctor about.

In a trial of steroids along with antibiotics for Lyme disease associated with facial palsy, the results showed worse outcomes for patients with steroids.[ref]

The anti-alcohol abuse drug, disulfiram, was identified as being a highly active compound against borrelia. Three case studies of people with PTLDS treated with disulfiram showed positive results. Obviously, more trials are needed. The case studies are open access, so you may want to read them and talk with your doctor (especially considering the side effects of psychiatric disturbances).[ref]

MTHFR: How to check your data
It is easy to check your genetic results on 23andMe or AncestryDNA for the two main MTHFR variants known as C677T and A1298C.