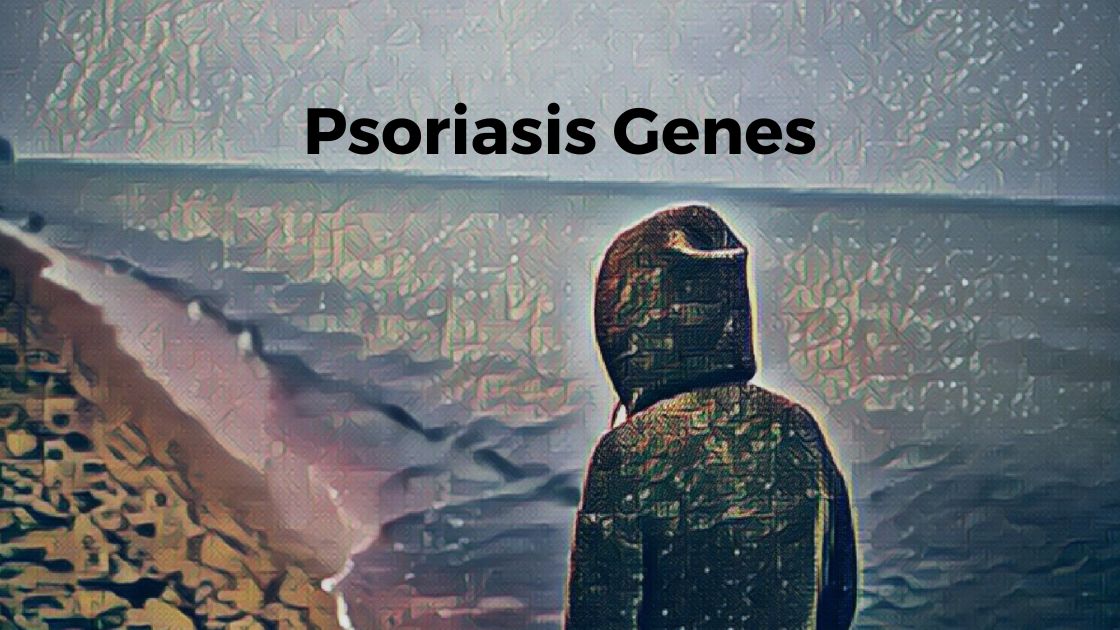 Itchy, painful, cracked skin that won’t go away… crumbling nails, inflamed scalp…. these are just some of the problems that people with psoriasis deal with every day.

The National Psoriasis Foundation estimates that about 7.5 million people in the US have psoriasis. There is a strong genetic component to psoriasis, and it tends to run in families. Along with the skin condition, other autoimmune conditions, such as Crohn’s disease, psoriatic arthritis, and uveitis, can be found more often in people with psoriasis.[ref][ref]

Psoriasis is an autoimmune condition that causes dry, sometimes itchy patches of skin. The immune system attacks the skin cells causing a speed up in the turnover of the cells.

Human skin cells are in constant motion of shedding older cells and replacing them with new skin cells about once a month. However, for people with psoriasis, the turnover rate for skin cells can be as fast as three to four days, with the dead cells building up and flaking off in itchy, dry patches.[ref]

The HLA genes code for proteins that are a big part of our immune system known as the major histocompatibility complex(MHC), which helps the body identify foreign invaders. There are six different HLA class I genes (A, B, C, E, F, and G) and five different HLA class II genes (DM, DO, DQ, DP, and DR). (Here is a good video on the HLA family for those who want to learn more.)

There are a lot of genetic differences within the HLA genes leading to some people being more susceptible to one thing along with being less susceptible to something else.

Tradeoffs: The variability of HLA genes is a tradeoff that keeps our population as a whole thriving — some of us are great at fighting off a herpes virus while others are less susceptible to getting tuberculosis or leprosy.

In fact, some researchers hypothesize that the HLA type susceptible to psoriasis is prevalent in humans because it is preventative for leprosy.[ref]

Susceptibility to psoriasis is linked to a couple of HLA genes. Just carrying the HLA type is not enough to cause psoriasis by itself, so the genetic variants act together with other genes or environmental factors in causing psoriasis.

Over 60% of psoriasis patients carry a specific HLA variant called HLA-Cw*0602. This variant is found in about 10% of the population. Therefore, just carrying the variant isn’t enough to cause psoriasis, but it does make a person much more susceptible to it.

A doctor (or lab) can do a test to see if you carry the HLA-Cw*0602 variant for sure, but there are a couple of variants of the HLA-C gene that are available through 23andMe and linked to significantly increased psoriasis risk.

*Note that the orientation on this is flipped to match 23andMe (plus strand) orientation. If you are looking at the older studies on the SNP, you will see G as the risk allele (minus strand orientation).

Research studies show a connection between strep throat and psoriasis, which may be increased due to HLA-Cw*0602:

There is also a link between IBD and psoriasis.[ref]

A variant of the HCP5 gene predicts the HLA-B*5701 genotype for Caucasians and Hispanics with 99.9% accuracy.

IL23 gene: codes for interleukin-23, a component of the immune system

Will Biologics Work for You?

Certain psoriasis medications work better for people with certain HLA types.  So take your genetic information to your doctor along with the research studies showing which medications may work best. A recent study (full study –take to your doc) shows the type of psoriasis medication known as biologics works better for those who carry the HLA-Cw*0602 serotype. Although the study only included a few hundred people, a couple of the biologics were clearly more likely to be effective based on HLA type.

Breaking this down even further, the type of biologic that is an anti-TNF-alpha drug was found in a study to be more likely to be effective in those who carry the rs1799724 C/C genotype (TNF -857C).[ref]

The same study found that those carrying the TNF receptor variant rs1061622 T/T genotype (TNFRSF1B 676T) were also more likely to have a good response to the anti-TNF-alpha biologic.[ref]

Another study found other TNF-alpha variants could also be used to help predict who would respond well to anti-TNFalpha biologics.[ref]

Talk with your doctor, of course, on which medicine is best for your situation.

This members-only section includes additional lifehacks including supplements and a visual overview of your genes. Additionally, you will see your genetic data matched to specific recommendations.  Consider joining today to see the rest of this article.

BChE: Nightshade sensitivity, Anesthesia risk, and more
The BCHE gene codes for the butyrylcholinesterase enzyme. The BChE enzyme circulates in the plasma of the blood. It is a cholinesterase which breaks apart choline esters, such as acetylcholine. Why is this important? Genetic variants of the BChE gene decrease this enzyme’s activity. This can lead to various and seemingly unconnected consequences… such as an increased risk for Parkinson’s or food sensitivity to potatoes.