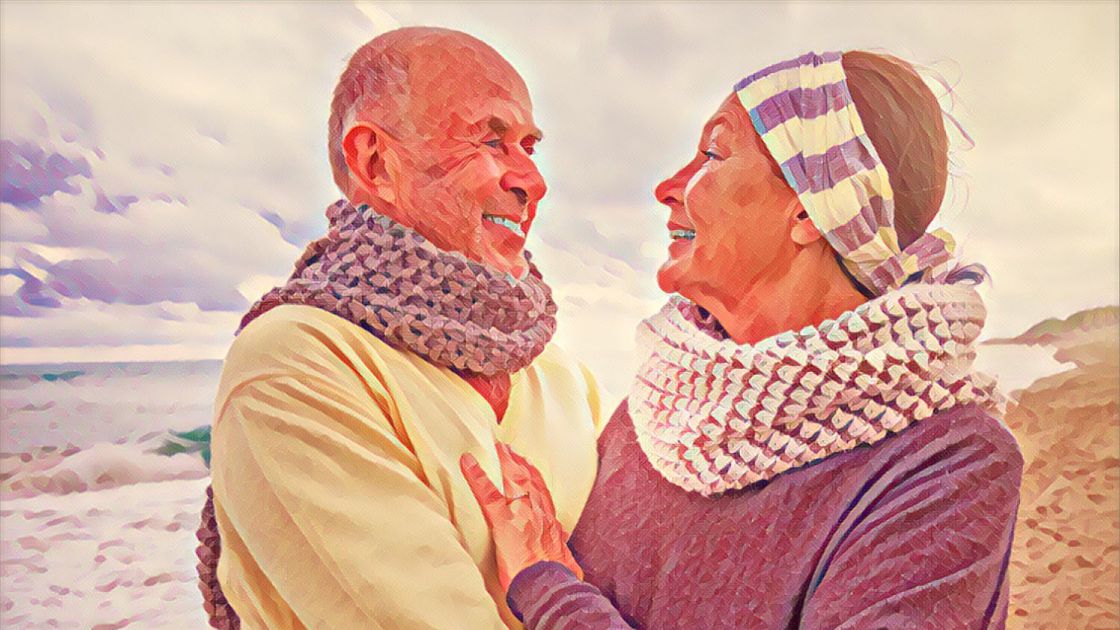 One very important gene that has been extremely well-researched for Alzheimer’s disease is the APOE gene. This gene is involved in carrying cholesterol and other fats in your bloodstream, and a common variant of the gene is strongly linked to a higher risk of Alzheimer’s.[ref]

Late-onset Alzheimer’s disease (after age 60) is influenced both by genes and environmental factors. So keep in mind when looking at your genetic risk that your genes are only one part of the equation for Alzheimer’s.

Knowing your risk can help you understand the importance of doing all you can to prevent Alzheimer’s disease.

Your APOE type is defined as a combination of three different alleles (ε2, ε3, or ε4), and you will have one APOE allele from each parent.

APOE plays a critical role in the metabolism of cholesterol and other fats in the body, particularly in the central nervous system. The APOE protein is primarily involved in the transport and metabolism of lipids in the blood, where it helps to carry cholesterol and other lipids to and from cells, and in the brain, where it helps to transport lipids across the blood-brain barrier.

In people with Alzheimer’s disease, there is reduced blood glucose uptake and metabolism in the brain. Glucose enters the brain through glucose transporters in the blood-brain barrier. Brain glucose is tightly regulated.[ref]

To determine your APOE type from your 23 and Me data or another source, you will need to look at the following two rsid’s: rs429358 and rs7412.

NOTE: AncestryDNA data should not be used for determining APOE type. There is a known error in the APOE gene data for certain years of their data files.[ref]

Again, your APOE gene isn’t the only factor involved in getting Alzheimer’s Disease.

Other genes add a little bit to your risk for Alzheimer’s, and rare mutations found in a small percentage of the population significantly increase the risk.

Thus, your APOE type isn’t the complete picture, but research does show it to be the most significant genetic risk factor for Alzheimer’s disease.

If you are at an increased risk for Alzheimer’s, the key is to use this knowledge to do all that you can to decrease your risk.

Below are a few studies I’ve read through on the topic. It is not an exhaustive list by any means, and I highly encourage you to keep up to date with current research on the topic.

Number one on my list for preventing Alzheimer’s is blocking blue light at night with nerdy-looking orange glasses. It helps to boost melatonin and has increased my sleep quality.

Many have found a link between sleep quality and the risk of dementia or Alzheimer’s.[ref] Our natural circadian rhythm causes melatonin to rise in the evening and stay elevated until morning. Light in the shorter, blue wavelengths signals through receptors in our eyes to turn off melatonin production in the morning. Our modern reliance on lights at night, especially from TVs and phones, disrupts natural circadian rhythms.

Blue-blocking glasses, worn in the evening for several hours before bed, have increased natural melatonin production by about 50% in just two weeks.[ref]

Trials are also evaluating the use of melatonin supplements for Alzheimer’s.[ref]

Read more about Light at Night and Alzheimer’s Risk.

Research shows that the mineral lithium may help with preventing Alzheimer’s. Lithium is naturally found in food sources; most people consume between 0.1 and 3 mg/day from food.

Lithium Orotate can be purchased as a mineral supplement in 5 mg doses. (Note, this is a much, much lower dose than is used in the lithium carbonate prescription medication for bipolar disorder.)

There are interactions between lithium and several prescription drugs, so always check before starting any supplement.

NSAIDs:
Inflammation in the brain is one contributor to Alzheimer’s pathology. Several studies show that both aspirin and non-aspirin NSAID use reduced the risk of Alzheimer’s Disease. Keep in mind that these are population-wide studies that don’t consider genetic differences; you also need to weigh the risk of liver damage from long-term NSAID usage.[ref][ref][ref] Check your CYP2C9 and CYP2C8 genes also. These enzymes are involved in the metabolism of some NSAIDs, such as ibuprofen.

MTHFR and homocysteine:
Homocysteine levels are often genetically related to your MTHFR genes, methylation, and your B2, B6, and B12 levels. Overall, though, carrying the MTHFR variant doesn’t seem to be a risk factor for Alzheimer’s unless homocysteine is high. Test your homocysteine level to see if it is high.

Focus on Liver Health:
Check out how the liver and bile acids are important in Alzheimer’s prevention on Longevity Lifehacks.

Saturated fat and cholesterol:
APOE is a cholesterol transport gene, and there is an interaction with saturated fat in the diet. While not all studies agree, the majority seem to point to a diet lower in saturated fat as being helpful for preventing cardiovascular disease in people with APOE E4.[ref]

Oral Microbiome:
Oral health is also important in preventing Alzheimer’s disease (and likely needs a full article to explain it!).

The P. gingivalis bacteria reside in the mouth of some people and cause gum disease and inflammation. You likely already know if you have problems with bleeding gums or if your dental hygienist fusses at you about flossing more.

P. gingivalis has been found in the brains of deceased Alzheimer’s patients. Additionally, oral microbiome samples are different in people with Alzheimer’s compared to controls. A direct bacterial cause of Alzheimer’s hasn’t been established, but decreasing overall inflammation through good oral hygiene may make a big difference to your brain (and heart – P. gingivitis in atherosclerosis, too).[ref]

Supplements that may help in Alzheimer’s prevention

Antioxidants
There have been many studies on antioxidants and Alzheimer’s disease; unfortunately, most are contradictory or inconclusive. Eating a healthy diet is, of course, essential for brain health.

Luteolin:
Luteolin, a flavonoid found in fruits and vegetables, has been studied recently with interesting potential for Alzheimer’s via reducing neuroinflammation.[ref]

Genetic Mutations that Protect Against Alzheimer’s Disease
Alzheimer’s disease is a scary possibility that faces many of us today — whether for ourselves or aging parents and grandparents. Currently, 10% of people aged 65 or older have Alzheimer’s disease (AD). It is a disease for which prevention needs to start decades before the symptoms appear.

Alzheimer’s and Light at Night: Taking action to prevent this disease
With the advent of consumer genetic testing from 23andMe, AncestryDNA, etc., it is now easy to know if you are at a higher risk of getting Alzheimer’s Disease (AD). Those with APOE-ε3 are at normal risk for Alzheimer’s, and those who carry an APOE-ε4 allele (or two) are at an increased risk.

TREM2 and Alzheimer’s Disease Risk:
Another important gene to check for Alzheimer’s risk is TREM2. Uncommon variants in this gene affect your brain’s immune response.